Despite ongoing violence, some reporters argue that excessive security checks stop them getting the story.

Despite ongoing violence, some reporters argue that excessive security checks stop them getting the story. 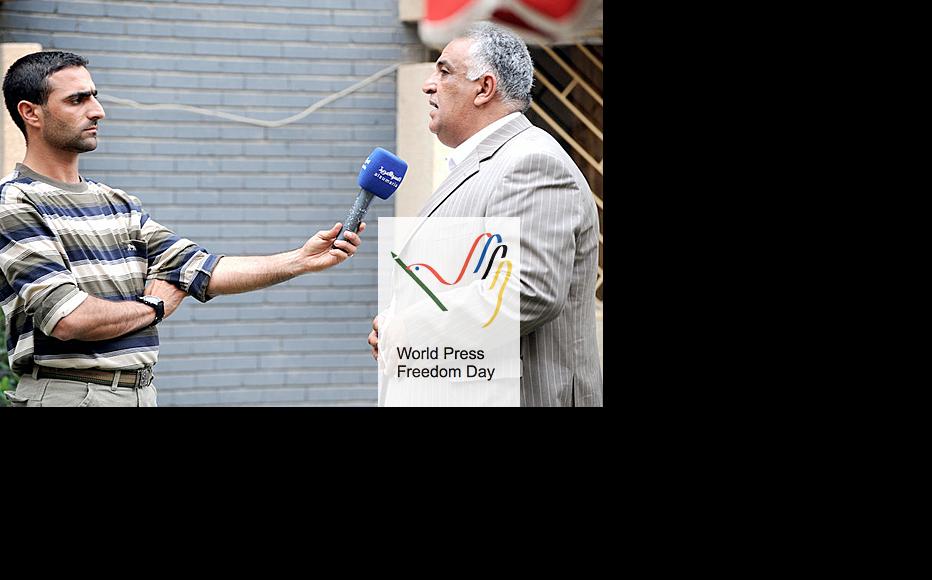 An Iraqi journalist from Alsumaria TV interviews a construction contractor in Baghdad, May 2009. (Photo: James Selesnick/US Army/WikiCommons)
The link has been copied

Jinan Hussein decided to miss the United Nations conference rather than have her brand new iPhone confiscated by a sentry outside the Green Zone in central Baghdad.

“I wanted to make a call to the UN official who’d invited me to attend a United Nations conference, because the soldier on the gate wouldn’t allow me in as I didn’t have a Green Zone badge and there was no one to escort me,” said Hussein, who works for Al Jazeera English TV. “The soldier threatened to confiscate my phone, saying it wasn’t allowed to make calls in that area. He told me to take out the SIM card and hand him the phone, but I refused.”

Hussein told IWPR that the rigorous security procedures imposed on Iraqi reporters going about their normal business were unreasonable – they obstructed the practice of journalism while doing nothing to improve security.

Since the US-led invasion of 2003, journalists have been attacked by both insurgents and government forces. Dozens of Iraqi and foreign reporters have been killed, kidnapped or disappeared without trace.

The dangerous and volatile environment makes Hasan al-Darraji, a correspondent for the Furat satellite TV channel, more forgiving, even though he has missed many stories from being kept waiting at checkpoints.

“I can’t blame the security forces for anything they do; I can’t complain, because I know how big their responsibility is,” he said. “About a month ago, I was on my way to cover an explosion in Sadr City [part of Baghdad], and I had to wait for over an hour at the checkpoint waiting for permission to access the site of the blast. That was despite showing the soldiers all the requisite permits issued by Baghdad Operational Command.”

Ibrahim al-Sarragy, who heads the Iraqi Association for the Defence of Journalists’ Rights, argues that reporters are more exposed to risk than they need to be because they are not covered by any legislation.

“The Iraqi parliament needs to approve laws regulating journalists’ work and protecting them,” he said.

At the same time, he acknowledged that in terms of rights, journalists were much better off than in some of Iraq’s neighbours, although this freedom was still incomplete.

He said the most recent major incident his association dealt with was two months ago, when a local government head in Diyala province, northeast of Baghdad, broke into the Al-Nur radio station and dismissed all the staff without any legal justification.

The head of the parliamentary committee for culture and media,. Ali al-Shilah said the lack of a legislative framework was problematic, but it would be wrong to blame everything on government restrictions, since the real danger to journalists came from ongoing violence.

Shilah said he himself raised objections when the speaker of parliament tried to restrict reporters’ movements in the building by requiring them to be escorted at all times. He also challenged a decision to have footage of parliament sessions edited before it was broadcast on TV.

According to Darraji, one of the real limits to the freedom of any journalist is the ownership structure of the outlet he or she works for.

“Every TV channel, newspaper and radio station follows the line of whichever sponsor or political party owns it,” he said. “That’s why we don’t have real professional journalism.”

Iraq
Media
Connect with us