Role for Local Justice in Darfur?

Some believe traditional ways of resolving disputes should be encouraged to assist with conflict resolution.

Role for Local Justice in Darfur?

Some believe traditional ways of resolving disputes should be encouraged to assist with conflict resolution. 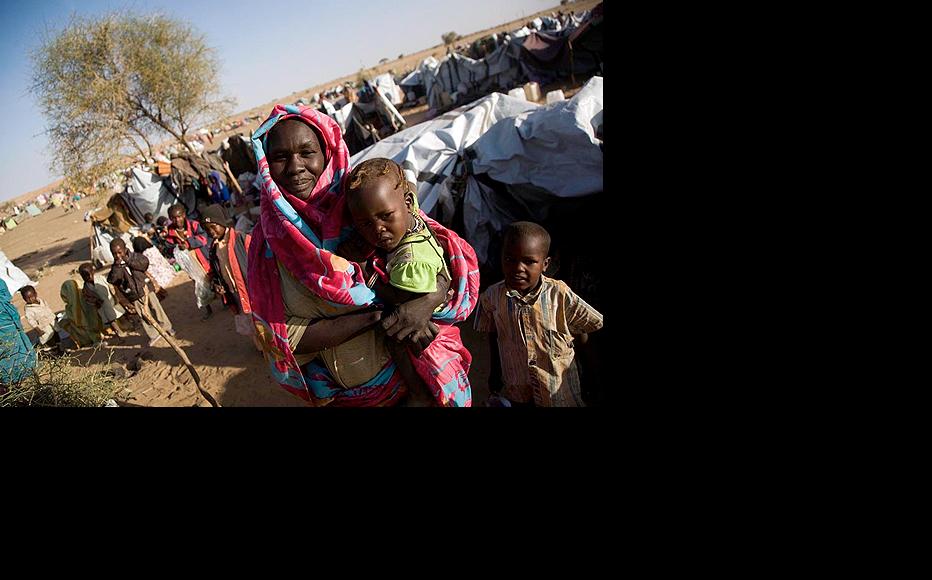 The tribal justice system in Darfur is in tatters after years of conflict and political manipulation from Khartoum, but could it be restored and serve an important role in peace-making and reconciliation?

Although the scale of atrocities in the region is such that specialist war crimes courts will inevitably be needed, commentators still believe that traditional justice has much to offer in Darfur.

Local justice in the region is based on customary law rather than the Sudanese penal code. It is part of the formal judicial system, but there are certain restrictions on its operation. For example, it cannot rule on cases of murder and the penalties it can impose are limited.

Darfur has a long history of locally-administered justice, with tribal leaders playing a key role in maintaining security and good relations within and between different tribes.

“Traditional [justice] can play a very important role in reconciliation and mending social fabrics because local leaders are accepted by their communities,” explained Amna Harun, an expert on the subject who advised the Max Planck Institute, a German think-tank, on its recent recommendations for a peace agreement in Darfur.

The strength of traditional justice lies in the fact that the local leaders who administer it have the backing of the majority of the community they represent. Disputes are mostly resolved through the mediation of elders, sheikhs or mayors, with no formal paperwork or official records. This is a system known as judiya. In cases where mediation on its own is not sufficient, customary courts can handle cases such as theft or more minor misdemeanors.

This provides access to justice for those that otherwise wouldn’t be able to afford to go to a higher court.

If a claimant wants to appeal a customary court decision, he can go to the court in the nearest town and seek a decision under official Sudanese law. But for local disputes and low-level crime, tribal justice mechanisms perform an important task.

“For example, if you have a loss of 50 [Sudanese] pounds, you would pay 100 pounds to reach… courts [in the town],” Professor Musa Adam Abdul-Jalil, of Khartoum university, said. “That is why the existence of the traditional court is important for people – it addresses their needs and is based on their traditions.”

Many blame Jaafar al-Nimeiri, who ruled Sudan between 1969 and 1985, for weakening the role of local leaders by setting up regional authorities.

Baharaldin notes that, in some cases, an official was given the mandate usually assigned to a traditional leader, even though they did not have an understanding of the tribal customs and problems being faced.

“[This] led to clashes between these newly-created bodies and the traditional administration,” he said.

The recent fighting in Darfur, which began in 2003, has also led to the diminishing role of community elders, as settlers from outside the region have moved in, without knowledge or respect for local customs.

“All [those] who were born and raised in Darfur have a culture that is compatible with today’s custom and traditions,” Baharaldin said. “[But] those who came to Darfur recently came with new... traditions that do not recognise the existing norms, and this can create difficulties.”

In October 2009, an African Union panel, led by former South African president Thabo Mbeki, published a series of recommendations on bringing a lasting peace to Darfur.

At the heart of these recommendations were three interrelated issues: peace, justice and reconciliation.

The 148-page report notes that there are “established practices and traditions which can be used to promote reconciliation and to settle intra- and inter-community disputes” and that greater support should be offered to these. But such local mechanisms, states the report, have become too politicised to work effectively.

One specific issue that traditional justice can help address is the resolution of conflicts over land.

When people were forced to leave their farms, settlers often moved in and occupied those lands in the absence of their owners.

“For example [local courts] can identify a piece of land as used or owned by a particular person for 50 years,” Abdul-Jalil, from Khartoum university, said. “If the conflict parties go to this traditional court they will receive decisions based on the knowledge and the archive of the members of these courts.”

Baharaldin is optimistic that such a system can be restored and serve a useful purpose, “These courts can play a significant role and contribute towards solving a lot of disputes.”

This has already happened in South Sudan, a region that has also been ravaged by years of bloodshed.

“It is a mistake to assume that war destroyed traditional justice mechanisms [in the south] altogether,” said Cherry Leonardi from Britain’s Durham university. “Local justice is functioning here – and it draws on a strong culture.”

Leonardi notes that last year the government of South Sudan introduced legislation that formally recognised the role that a chief could play in administering justice.

Riek Machar, the vice-president of Sudan, from the Nuer tribe, welcomes the contribution that traditional courts are starting to play.

“Dealing with the local chiefs has always been an important way of governing South Sudan, even during the war,” he said. “The chiefs still have their power and the [2005] interim constitution recognises this.”

Machar estimates that more than 70 per cent of cases may go through local courts.

“We are a heterogeneous society,” Machar said. “Even if South Sudan becomes an independent nation, it will be heterogeneous. That is why we need this system of justice.”

But, for Darfur, significant challenges remain.

The arming of militias there, and also in South Sudan, has made it difficult for traditional leaders to exert their authority.

“One of the consequences of this process is the prevalence of firearms in the hands of young people who revolted against the traditional wisdom of the elder tribal leaders,” Professor Suliman Baldo, Africa director for the New York-based International Centre for Transitional Justice, said.

Another problem that needs to be dealt with is external meddling in traditional political structures.

“The government [has selected] traditional administration leaders who are loyal to the current regime instead of leaving it up to the tribal groups to select their leaders, according to their traditions and customs and other considerations practiced through history,” Baldo said.

One internally-displaced person from Abu Shok in North Darfur, who declined to be named, said, “You don’t see any role of the traditional administration. In many cases, they speak in the name of the people but they don’t represent them, especially in the camps.”

For its part, Khartoum denies any political interference.

“This is not true; the selection of the traditional leaders depends on legal basis and specific requirements,” Abdullah Amin, the commissioner of Zalingei, west Darfur, said. “That is to say, if we look at the different components of the traditional administration – such as sheikhs, mayors, and its entire leadership – we see that they are elected and nominated by their people.”

If traditional justice can somehow re-establish itself in Darfur, in the same way that is starting to do so in the south, many think that this could give the peace process a real push.

“The most important characterisation of traditional administration is preserving security, because leaders know each other and their tribes,” Harun said. “[This] qualifies them to know more about their problems and then how to wisely come up with a suitable solution.”

Tajeldin Abdhalla Adam is a Radio Dabanga reporter and IWPR trainee. Assadig Mustafa is working with Radio Dabanga. Simon Jennings is an IWPR reporter in The Hague and producer of a Radio Dabanga show about justice issues. Blake Evans-Pritchard is IWPR’s Africa editor.