Reporting on the Kyrgyz Unrest 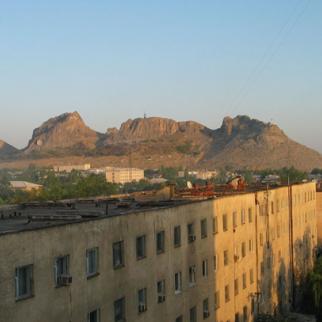 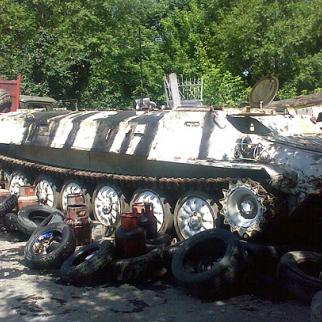 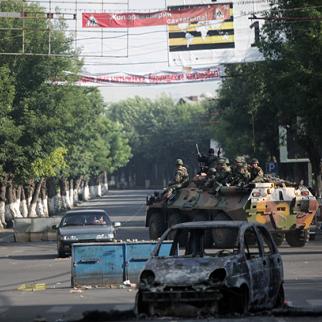 Reporting on the Kyrgyz Unrest

I was only three years old the last time there were major clashes between the Kyrgyz and members of the large ethnic Uzbek minority in southern Kyrgyzstan, 20 years ago.

I don’t have much of a recollection of the event. The only thing I remember is how an armoured personnel carrier drove through our street.

This time around, I was not only an eyewitness but a journalist who reported on the violence.

Fierce clashes broke out in my hometown of Osh in June this year and spread to neighbouring Jalalabad and other areas. The conflict appeared to escalate out of a fight between the two groups involving just a small number of people. But the ensuing running battles left more than 330 dead and temporarily displaced around 400,000 people.

The main challenge of reporting the conflict was the immediate personal danger. I was met with a lot of mistrust from people who viewed anyone asking questions with suspicion.

The job of a reporter is to observe and tell the story as an outsider. But in a violent conflict with two sides fighting each other, anyone who behaves as if they are a third party immediately arouses distrust. It is very much a “if you’re not with us you’re against us” attitude.

Many locals associated journalists with outsiders who could be spying on them. Such an attitude was understandable, fuelled by fear in those days of bloodshed when houses and business were targeted by groups of looters and arsonists roaming the streets.

So I had to adapt the way I usually work to the conditions of war. This included talking to people without an audio-recorder first and then finding a quiet corner to write down their words while they were still fresh in my mind; and taking pictures secretly.

There were two instances in which I narrowly escaped rough treatment. On the second day of the violence, I accompanied a group of residents from my neighbourhood, a predominantly Uzbek area, who were putting up massive roadblocks at the entrance to our neighbourhood.

When I started taking pictures, one of the locals noticed me and warned that I should stop. I tried to tell him that I was working on a newspaper report but it did not make any difference. He told me to stop immediately for the sake of my life and said that if a photo got into hands of the police then they could end up in trouble for erecting barricades. I left the group and hid my camera.

But four days later, when I ventured into another district of Osh, Frunzenskiy, I was not so lucky. I was taking pictures of people on the street when one of the residents grabbed my camera and broke it. They did not do any harm to me and just escorted me from their neighbourhood. I felt relieved that I left with only the damage to the camera.

Another difficulty was getting information as people refused to talk to a reporter. It took more time, as I had to talk to locals in an informal way without scaring them off. Sometimes, I had to visit various places and listen to what people were saying at gatherings.

Although it is not always easy to visit different communities and get people to express their view, I managed well under the circumstances, having talked to representatives of various communities – Uzbek, Kyrgyz and Russian. The majority of them would only talk under conditions of anonymity.

What also helped me is my appearance, which does not distinguish me as being from one particular ethnicity and which was useful to help me blend into the crowd. I can also speak all three major languages used in Kyrgyzstan.

As moving around the city was dangerous because of the mobs, and difficult because of the road blocks, many people did not know what was happening around them. So sometimes I “traded” what I knew about other places to get answers for my article. What also helped me at that time was being in constant contact with other journalists, friends who live in different parts of the city so that the situation could be pieced together.

Still, it is not surprising that under such difficult circumstances there were not many media outlets reporting from the street. The majority of media offices in Osh were set on fire or looted and many journalists left or stayed home because of safety concerns. So the information vacuum was quickly filled with rumours fuelling fear and panic among residents as well as giving a somewhat distorted version of events.

Like many of my media colleagues I share the view that along with parliamentary elections, rebuilding efforts and compensation to victims, an international investigation into the conflict should very much be part of the reconciliation efforts. This would help stop rumours about the possibility of another cycle of violence and provide objective and balance information of the situation on the ground

The lesson I took from covering these violent events is that as a reporter you try to do your usual job - to provide balance and accurate, impartial reporting. But the conditions you work in are much more challenging and sometimes threaten your personal safety.

Covering the conflict I saw and heard a lot about human tragedy. I also learned a lot as a journalist. But I hope very much my newly acquired skills won’t be needed again.