They believe US president-elect unlikely to pursue campaign pledges on troop pullout and aid. 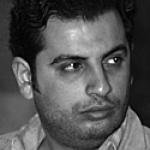 They believe US president-elect unlikely to pursue campaign pledges on troop pullout and aid.

Iraqi politicians and analysts believe that Obama’s presidency, which begins on January 20, will not be marked by sweeping changes in Iraq. Obama, a junior senator whose opposition to the war galvanised the early days of his campaign, has promised dramatic change in US policies toward Iraq, including cutting spending for reconstruction and pulling troops out of the country within 16 months.

The military withdrawal – which Obama has promised would be “responsible and phased” – has been the top issue of concern for Iraqi leaders, many of whom have warned that a quick American troop pullout would risk destabilising Iraq.

"The security situation in Iraq is still fragile, and can’t survive the American withdrawal from Iraq," warned Wael Abdul-Latif, a member of parliament with the secular Iraqi National List.

Abdul-Latif said that Obama, despite being the commander-in-chief of the armed forces, is one of many players in Washington institutions who determine US foreign policies. He acknowledged that America would be forced to do some belt-tightening because of the economic crisis but does not see Obama being able to change America’s Iraq policies in large part because of Iran’s looming presence. "Things in Iraq won't change unless Washington finds radical solutions for Iran," he said.

Ibrahim Al-Sumaidai, a political analyst in Baghdad, said that Iran is likely to remain a top US preoccupation and suggested that Washington would not allow Tehran to exert too much influence on Iraq and would seek to reach a compromise on its nuclear programme. The US will also be keen to “dissolve sectarian alliances” in Iraq, particularly those that are heavily influenced by Iran, he said.

Abd Albarie Zebari, a member of Iraq’s foreign affairs committee, said that Obama has declared several times that Iraqi politics must change and Iraqis should take more responsibility for their future.

Still, he said, any US changes will be modest because Obama must negotiate with the Democratic Party and Republican leaders who have not backed a full withdrawal.

“Most of Obama’s speeches were only for campaigning,” he said. “The likelihood that Washington will change its Iraq policies is limited.”

The US “won’t sacrifice their interests in Iraq for Obama’s goals”, added Zebari. “He will agree that the US army stay for a long time in Iraq.”

There continues to be widespread opposition to an American troop presence in Iraq, however – particularly one without an end date.

"We aspire for more than a withdrawal,” said Faiza Babakhan, a former member of parliament and women’s rights campaigner. “We’re looking for radical change. We want to get Iraq’s sovereignty back, to have the Iraqis responsible for their own affairs and to launch investment and economic projects that have been agreed upon with the Americans.”

Izz Al-Din Al-Dawla, an independent Sunni parliamentarian, said that Obama may try to change some elements of a security agreement being hammered out between the US and Iraq, which sets out conditions for an American troop presence in Iraq. Prime Minister Nuri Al-Maliki’s government has insisted that the military fully withdrawal by 2011.

Among Kurds, who have been strong allies of the US for decades, leaders are not only focused on the security pact but are also waiting to see how Obama will address tensions between Iraqi Kurdistan and Turkey. Turkey is fighting Kurdish rebels based in the rugged mountains of northern Iraq.

Sadi Ahmed Pira, a member of the Patriotic Union of Kurdistan’s leadership council in Sulaimaniyah, noted that Obama has suggested that Turkish leaders and their Iraqi Kurdish counterparts hold talks to settle their differences. But Pira was not confident such a dialogue would take place.

Kurds largely backed the US-led overthrow of Saddam Hussein and feel a special affinity for Bush and the Republicans as a result, said Salih Omar Isa, a political scientist at Salahadin University in the northern city of Erbil. But Isa counsels against any suggestion that there’s some sort of special relationship between America and the Iraqi Kurds.

"The Bush administration did not overthrow Saddam Hussein for the sake of the Kurds, nor would Obama delay withdrawing the US forces to protect the Kurds," he said.

Kurds have become increasingly frustrated with US policies, in particular American recommendations that Iraq delay resolving the status of the disputed province of Kirkuk. Kurds, Turkomans and Arabs lay claim to the oil-rich region.

But the appointment of vice-president-elect Joe Biden has gave Kurds some hope that their interests would be represented at high levels in Washington. Biden has supported a strong federalist system in Iraq “and while this may not come to fruition at the moment, it remains a comfort for Kurds”, said Isa.