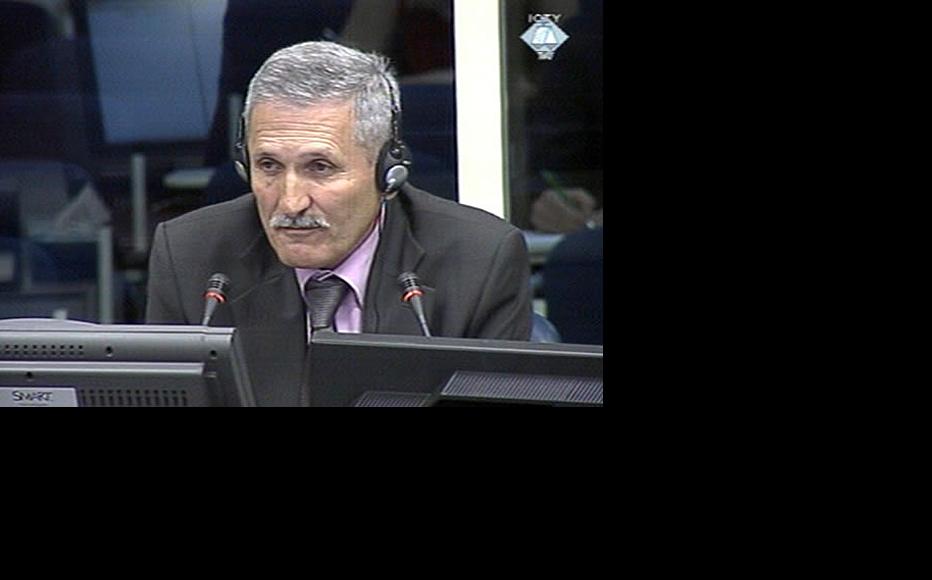 A wartime Bosnian Serb official told the Hague tribunal this week that although he initially welcomed a Serb paramilitary group into his municipality, the authorities were then unable to halt the “regime of terror” that ensued.

Zelenovic described how the “war had begun in March 1992 with Muslim and Croat separatists carrying out countless crimes against Serbs” who were in a “desperate” position, as he recalled it.

“Out of this desperation, the only force that would be able to take control of the situation and solve the things properly was Zeljko Raznatovic [also known as] Arkan and his troop of paramilitaries. They were armed and able and willing to help, which is why we were so ready to accept them,” the witness said.

Arkan’s men, known as the Tigers, became known for their brutal crimes against civilians during the Serb takeover of towns in Bosnia and Croatia.

Arkan was indicted by the Hague tribunal, but in 2000, he was gunned down in a Belgrade hotel before he could be arrested to face trial.

Before the war, the town of Zvornik had a Bosniak majority which was overwhelmingly supportive of the outcome of the referendum calling for the independence of Bosnia-Herzegovina from the former Yugoslavia, which the Bosnian Serbs opposed.

A large number of Bosniaks were expelled, persecuted or murdered by Arkan’s paramilitaries and other forces during the Serb takeover of Zvornik, the prosecution alleges.

Karadzic, who served as president of the self-declared Republika Srpska, RS, from 1992 to 1996, is allegedly responsible for crimes of genocide, persecution, extermination, murder and forcible transfer which “contributed to achieving the objective of the permanent removal of Bosnian Muslims and Bosnian Croats from Bosnian Serb-claimed territory”, which included Zvornik.

Karadzic also served as head of the SDS and was the party's most prominent member during the pre-war and wartime periods.

The witness acknowledged that after Zvornik fell, Arkan’s troops “started living out their own regime of terror, which the local or national authorities of the RS had no way of controlling, unfortunately”.

Prosecutor Bronagh McKenna asked Zelenovic whether he could confirm that the local authorities supported Arkan in the takeover of Zvornik.

“Of course. You see, we were ready to welcome anyone, even the Devil himself, if it were necessary, just to make sure that the situation would be under control,” the witness responded. “Until then, the conditions in Zvornik had become unbearable, and Zvornik had fallen into the hands of the Muslim separatists.”

When asked why the city authorities provided logistical support and even wages to members of Arkan’s troops, Zelenovic answered that they "were forced to do it because [they] wanted peace and had no other choice”.

He went on to add that the presence of paramilitary troops in the city ended in July 1992, when “regular and special RS police” chased them away and “judicially processed all their members”.

McKenna then pointed out that there was no evidence whatsoever of “any legal action, let alone verdicts against paramilitaries, from that time”.

“Well, I don't know,” replied Zelenovic. “I don't think I’m the right person to be asked such a question.”

Another witness testifying this week, the former chairman of the Zvornik Crisis Staff, Branko Grujic, gave evidence similar to Zelenovic’s.

Grujic, who is a Serbian citizen, was found guilty by a war crimes court in Belgrade and sentenced to six years in prison in 2010 for his role in the imprisonment and murder of Bosniaks in the Zvornik area.

“On 6 April, 1992, Zvornik was taken over and freed from Muslim police and Muslim paramilitaries of the Patriotic League” with the help of Arkan's forces, Grujic said.

He added that after the takeover, “the entire local population had become hostage to the presence” of the paramilitaries, who were “somewhat more hostile to the Muslims than to the Serbs”.

“The situation had started to turn intolerable and unbearable,” Grujic said. “We all were scared of their presence and had no way of having them under control.”

Grujic said that eventually he talked to Karadzic about the situation, and said that the accused was “shocked” to hear about it.

Karadzic then said he would do whatever he could to resolve the situation without conflict and in a “spirit of peace”, the witness continued.

Prosecutor Katrina Gustafson asked him why he had claimed during the trial in Belgrade that it was normal for the municipality to pay the paramilitaries, as they were “considered part of the territorial defence forces”.

“That was the information I then received from Marko Pavlovic [aka Branko Popovic, commander of territorial defence forces in Zvornik], who told me that he had them all under control,” Grujic explained. “I had every reason to believe him, as he was the person in command of the situation.”