A high-profile government figure has stepped down over offshore scandal and others may follow him.

A high-profile government figure has stepped down over offshore scandal and others may follow him. 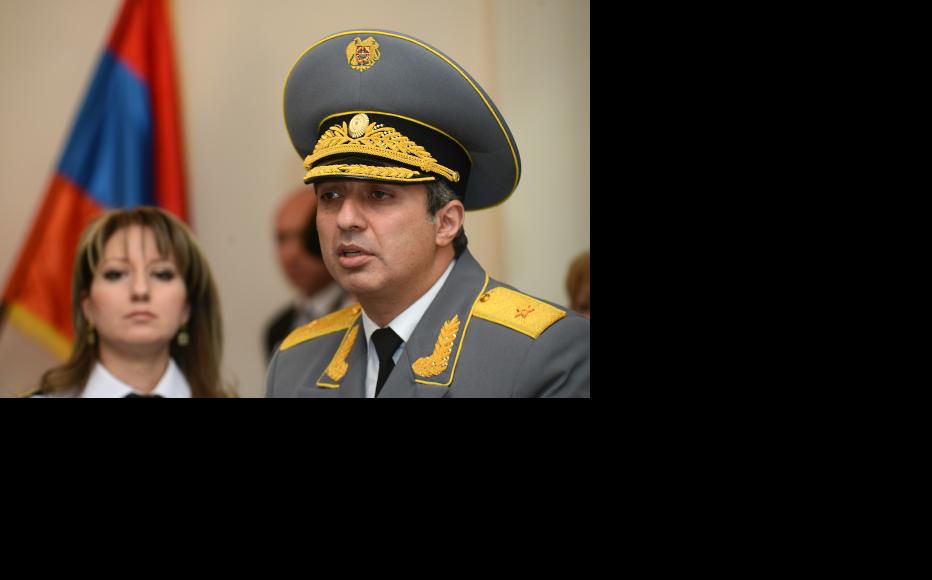 A senior Armenian government official has resigned in the wake of the so-called Panama Papers scandal, with more figures expected to be implicated soon.

The unprecedented leak of millions of tax documents from the Mossack Fonseca law firm in Panama exposed offshore holdings and suspicious financial transactions of heads of state, fraudsters and celebrities around the world.

The Armenian investigative journalism website hetq.am was one of some 100 media partners in nearly 80 countries which sifted through the data before publishing stories simultaneously.

The Heqt story focused on Mihran Poghosyan, Armenia´s chief compulsory enforcement officer and the official tasked with ensuring the implementation of judicial decisions.

More names are likely to be revealed.

“At the moment, we have two dozen names, but we are still working on them,” Hetq editor-in-chief Edik Baghdasaryan said.  “We are not yet finished.”

Hetq published their story on April 4, a day after the other investigative bodies, due to the heavy fighting that erupted that weekend between Azerbaijani and Armenian-backed Nagorny Karabakh armed forces.

With the Armenian public was absorbed by events from the front lines, Baghdasaryan decided to delay publication.

Nonetheless, the article elicited a strong response from the public. Some praised it while others felt the story was unpatriotic at a time of national crisis.

Then on April 18, in an unexpected move, Poghosyan resigned.

In his letter of resignation, signed by Armenia´s president Serzh Sargsyan on April 23, Poghosyan wrote, “my name appeared in the recent articles on the Panama offshores in Armenian and foreign presses as well.

“I regret that my name is seen alongside the family of the president of Azerbaijan Ilham Aliyev, who has actually embezzled billions of dollars.  I consider the fact that my name will become a reason for drawing any parallel between the civilization of my country and that of dictatorial Azerbaijan as unacceptable, and for this reason I have submitted my resignation today.”

Hetq alleged that Poghosyan has used his position to advance his business interests.

He obtained shares in Bangio Invest in 2005, and in the other two in 2011, three years after he became chief compulsory enforcement officer. Bangio had an account at the Swiss Dresdner Bank, and Poghosyan and his uncle Mikhail Haroutyunyan were signatories.

Sigtem Real Estates and Hopkinten Trading are equal owners of Best Realty Ltd, a real estate agency registered in Armenia.  It appraises both fixed and movable property, including as needed for cases related to the Compulsory Enforcement Service.

Sigtem Real Estates and Hopkinten Trading have opened accounts in LGB Bank (Suisse) SA. Poghosyan was the person authorised to manage the account.

Bangio Invest SA was the sole owner of Fresh Ltd in Armenia, a company which previously owned the Fresh supermarkets network before ceasing operations.  The last remaining Fresh supermarket is operated by the Catherine Group, one of Armenia’s major taxpayers and which Poghosyan founded in 1997. This was long before he became a state official.

However, the current sole Catherine Group shareholder is not Poghosyan, but a company registered in Panama under the name of Cendoline Corp whose owner is not yet known.

According to the Armenian law on public service, a person appointed to a high-ranking post must transfer any shares of 10 per cent or more in commercial organisations to a trust management within one month of assuming their position.  In doing so, the public servant maintains the right to receive revenues from his company.  Around 700 senior officials - the key management of ministries and agencies - are subject to this law.

Hetq alleged that Poghosyan had continued to pursue and expand his business interests while using his government connections, which is illegal.

“As an official, he should be busy with state affairs and has no right at to do business at all,” Baghdasaryan told IWPR. “This is a good example of what our officials are in fact, and an example of what public office is used for.”

Over the past ten years, under Baghdasaryan´s stewardship, Hetq has published numerous allegations regarding the business interests of high-ranking government officials.

Previous stories revealed the offshore dealings of current and former heads of government, ministers, senior figures from the tax and customs services, members of parliament and other officials.

In almost all instances, the authorities did not react.  In the few cases where inquiries were launched by the police, the investigations were terminated shortly afterwards for lack of evidence.

This time was different, Baghdasaryan said, because of the global nature of the Panama Papers project. The data was obtained by the German newspaper Süddeutsche Zeitung and shared it with the International Consortium of Investigative Journalists (ICIJ).  The publication elicited high-profile resignations in other countries.

Amid all this attention, the Armenian police started an investigation.

“It was impossible to ignore in our country because otherwise, both domestically and internationally, there would have been reprimands that nothing changes in Armenia,” he continued.

In Transparency International´s 2015 Corruption Perceptions Index, Armenia was ranked 95 out of 168 countries and territories.

Gharib Harutyunyan, head of the NGO Compass, said that the authorities needed to discover how Poghosyan had been able to invest large amounts in Panama´s offshore zone during years he had held senior positions at state agencies.

While the size of his capital was not indicated by Hetq, it is presumed to be considerable.

If Poghosyan had received huge revenues from offshore companies, continued Harutyunyan, the information should have been reflected in his tax declarations.

“If offshore companies provide services in Armenia or are engaged in the import of goods, thus making large profits, […] we are dealing with ways of concealing income and transactions in the name of foreign investment, which brings great damage to the economy and the state budget,” he concluded.

The Commission on Ethics of High-Ranking Officials of Armenia, a body set up to monitor government figures in 2012, has the power to investigate cases of alleged misconduct.

However Heriknaz Tigranyan, a legal adviser at the Transparency International Anticorruption Centre in Armenia (TIAC), told IWPR that their past experience with the Commission had not inspired confidence.

TIAC had submitted applications on alleged transgressions by 15 senior officials to the ethics committee. Some of them were related to business interests held while in office or media reports about unethical behaviour.

In some instances, the commission was satisfied with the ethical conduct of officials.  In others, it considered the information provided to be insufficient and did not pursue the matters further.

Tigranyan said public officials must comply with the rules.

“If a person has a business, but decides to enter the state system, he must transfer his share of assets into trust management, but that, unfortunately, does not work in our county,” she said.  “Instead, when someone becomes a minister or a lawmaker, he transfers his business to close relatives – a brother, sister or children, on whom he can exert personal leverage.”

“This is bad practice,” she continued. “But as we have already understood, an incentive to taking up a public post is the ability to protect one’s own business interest.”

Armenia
Corruption
Connect with us