Brussels and Belgrade both celebrated the Montenegrin electoral results, but they are seriously misguided if they believe the disintegration of Yugoslavia can be halted. 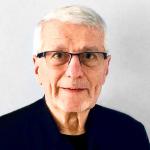 Brussels and Belgrade both celebrated the Montenegrin electoral results, but they are seriously misguided if they believe the disintegration of Yugoslavia can be halted.

The elections in Montenegro were greeted by a sigh of relief from the United States and the European Union, which lobbied hard against President Milo Djukanovic's drive for independence. The close result - in which the president's coalition scored 42 per cent against the pro-Yugoslavia bloc's 40 per cent - will postpone plans for a referendum on secession from Yugoslavia. But the West does not have much breathing space.

What Brussels and Washington fail to understand is that a delay in any independence vote will not halt the final stage of the process of disintegration of Tito's socialist Yugoslav federation. The Montenegrin poll result is only disappointing to the independence movement because of its extremely high expectations, but it is impressive nevertheless.

Popular support for leaving Yugoslavia has grown steadily since 1990. At the beginning of the process of the dissolution of the former Yugoslavia, only 10 per cent of the population in the republic favoured going it alone. By 1998, this figure had nearly tripled, to 28 per cent.

When the ruling bloc is combined with other pro-independence parties, the most recent electoral results show 56 per cent support for secession. This result is even more impressive because it was achieved in spite of international pressure - which included threats of cutting off financial support - and six months after Slobodan Milosevic was driven from the Yugoslav presidency.

The people of Montenegro are divided - in the words of the opposing campaign slogans - between those who are "Together for Yugoslavia" and those who believe that "Victory is with Montenegro". But the constituency is also divided by age. The former is gradually getting older and disappearing, while the latter is growing.

The post 1980s generation across the Balkans did not know the former Yugoslavia. They feel neither nostalgic for it nor bear it any grudges. For them, the former Yugoslavia is terra incognita. That Yugoslavia "said no to Stalin", led the Non-Aligned Movement and was a bridge between East and West during the Cold War, means little to the region's youth. They want to live their own lives in their own countries.

For its part, Belgrade greeted the tight election results in Montenegro with not just relief but triumphalism. This too will be short-lived. It also doesn't make sense, because pro-Yugoslav slogans and politics in Serbia are, in the long run, anti-Serbian.

This may sound controversial, but the underlying reality is that the process of Yugoslavia's dissolution must be completed before all the member states of the former socialist federation can define their own strategies and their own regional policies.

This includes Serbia, too. By an accident of recent history, Serbia managed to hijack the name and "continuity" of the former Yugoslavia. Milosevic's FRY had nothing to do with Tito's federation, but served as a code name for Greater Serbia. President Vojislav Kostunica's Yugoslavia is little different in that respect, and keeps sending the wrong message to Serbs living in Bosnia and Herzegovina, Montenegro, Croatia and Macedonia.

Such confusions undermine the process of nation-building in Serbia proper. Serbia is not going to be able to consolidate itself as a nation-state if it stays in Yugoslavia. As long as Montenegro remains in the federation, Serbs will continue to be Yugoslavs. And from the perspective of its neighbours in the region, this sort of federation could always potentially threaten to annex Serb-populated parts of Bosnia, Croatia and Macedonia - in other words, create a Greater Serbia.

Yet debate in Belgrade over the future of Yugoslavia always concentrates on the benefits for Montenegro of staying "with us". It never elaborates on the reasons and motives for Serbia remaining in the federation. This debate is avoided because relinquishing the name Yugoslavia will reduce Serbia to where it actually belongs: to the family of Balkan countries in transition, equal in their level of under-developed democratic institutions, economies, and political cultures, with no political assets from Tito's Yugoslavia.

To understand the process in Montenegro, one must accept that Yugoslavia ceased to exist in 1991-92. Although its leftovers survive under an ill-chosen name, they have nothing in common with the old federation. To make things worse, the Yugoslavia of Serbia and Montenegro waged war against those who realised in good time that Tito's federation was no more.

As such, among the non-Serb population in south-east Europe, FRY has been associated since the early 1990s with the idea of Greater Serbia, with the treason committed by the Yugoslav People's Army in turning against its own people, and with Belgrade's stubborn arrogance in denying that the process of dissolution was under way.

As representatives of the largest national group in a multi-ethnic community, the Serbian political establishment faced a big responsibility, and that establishment, including most of the intelligentsia, was not up to the task. Instead, their arrogance only hastened the resolve of other national groups to leave the federation.

The international community is misguided if it seriously believes that the Yugoslavia that died in 1991-92 was re-created in Milosevic's federation. Subscribing to this fiction only delays the inevitable outcome of the process that was launched a decade ago.

Rather than closing its eyes and wringing its hands - much less making threats - the European Union and the United States should facilitate dialogue between Belgrade and Podgorica and help them achieve a new settlement through democratic means; for sooner or later, the latter will hold a referendum on independence.

At the same time, Serbia and Montenegro need to be reminded that they have obligations to other peoples in the region, and that a reckless attitude towards Bosnia, Kosovo or elsewhere will not bring either country closer to European integration.

Dr. Zoran Pajić, a member of the IWPR board of trustees, is an associate fellow of the Centre for Defence Studies, King's College, London.