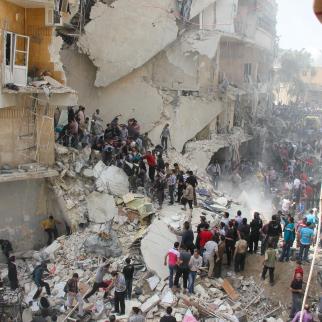 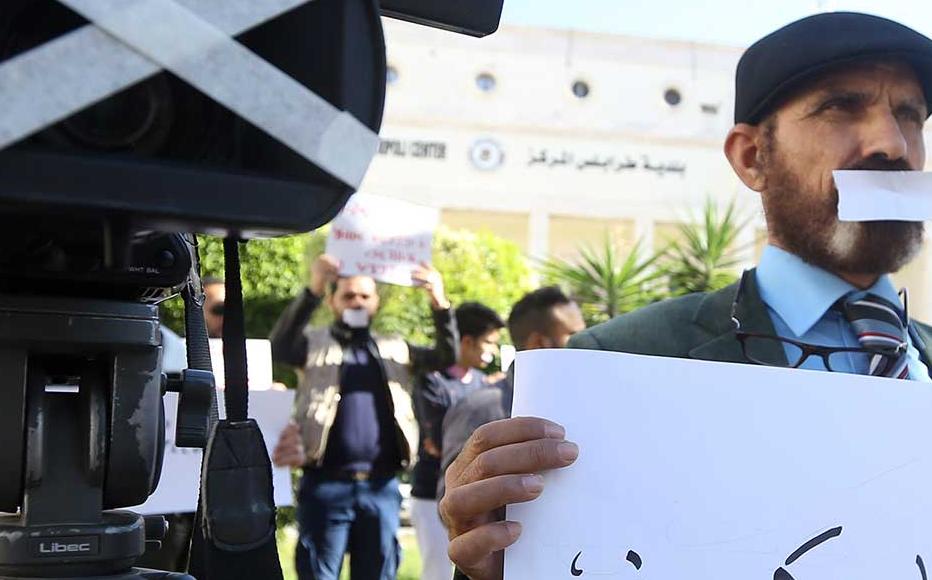 Libyan journalists protest to denounce violence against journalists, on January 20, 2019 in the Libyan capital Tripoli. © Mahmud Turkia/AFP via Getty Images
The link has been copied

IWPR: What are the greatest achievements of the media landscape during the past ten years?

Mohamed Al-Najem: One of the most important achievements realised in the Libyan media sector has been media pluralism on a large scale. There has been an increase in the number of local media outlets in many different Libyan cities and the establishment of several TV channels, websites and newspapers, but which has regressed remarkably in the last four years [due to conflict].

The openness in the media sector led to a great diversity of opinions and information. However, this diversity has a dark side because with the increase in media outlets there was also an increase of professional violations such as hate speech and fake news.

What are the specific necessary legislations to guarantee the freedom of expression inside Libya?

The laws that Libya inherited from the Gaddafi regime are tough. Indeed, most of these laws and legislations restrict freedom of expression and the right to establish independent media outlets, as well as the freedom of establishing organisations. The media and journalism sector requires deep reform regarding the establishment of new laws and on the amendments to the Libyan criminal law, which is considered one of the most important challenges to the legal environment faced by Libyan journalists.

What is the common perception of media and what is its role according to the public?

Different media outlets are often subjected to attacks on social media and their journalists are vulnerable to assault or kidnapping or having their equipment smashed.

According to a study conducted by the Libyan Center for Freedom of Press on media ownership in Libya, 63 per cent of the surveyed public do not trust traditional media. Instead, they rely on social media as an important source of information.

How does the public consume media and what are the most common forms based on the context? What is the role played by social media?

There are no thorough studies concerning the sources used by the Libyan public to access news; however, the radio is still an important source to get news and information in isolated areas and cities where there is no good internet network. Moreover, there is an increase in the users of social media, especially on Facebook and Instagram.

Social media plays a crucial role in sharing news and information with the public and it has a big impact in misleading its audience and sharing biased and fake news. This is the reality for the media, in light of technological developments and the increasing use of fake news - or deep fakes - in order to influence public opinion.

Mohamed Al-Najem is a Libyan journalist and human rights defender.