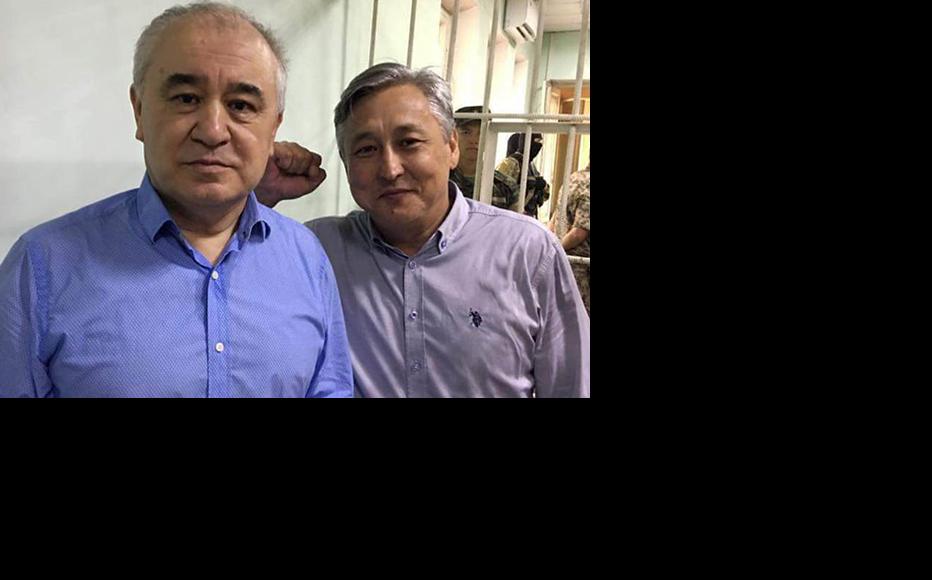 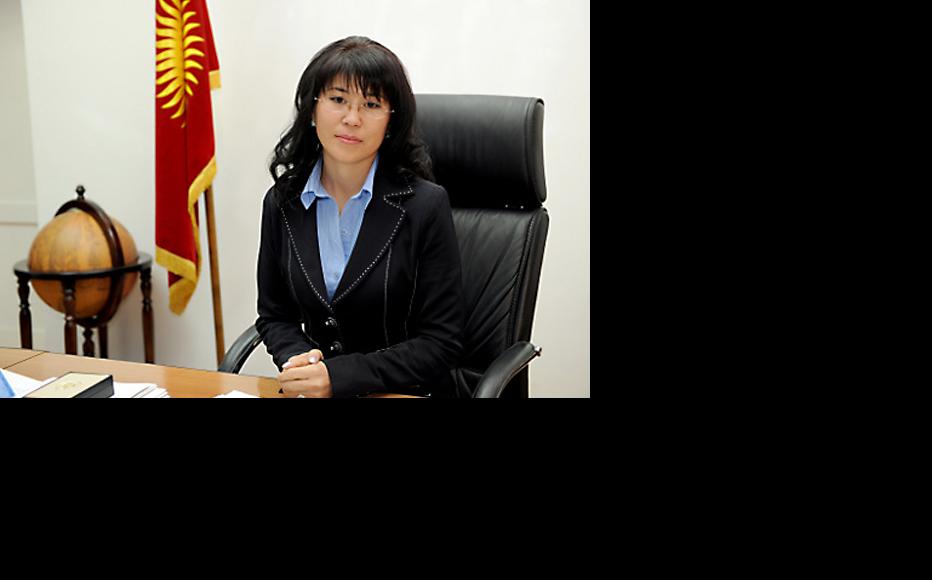 Human rights activists and media experts have warned that the government’s closure of an independent television channel is the latest in a series of politically-motivated attacks on freedom of speech in Kyrgyzstan.

The Sentyabr channel was blocked on August 28 after a Bishkek court ruled it had broadcast what judges described as “extremist” content. The prosecutor general had taken legal action over an interview with former Osh police head Abdylda Kaparov aired in Jalalabad last September.

Prosecutors said that Kaparov had insulted then-prime minister Sooronbai Jeenbekov, claiming he and his brother had embezzled millions of dollars in state funds to fuel deadly ethnic clashes in Osh in 2010.

On August 22, a Bishkek court ruled that his words amounted to incitement to ethnic hatred and that Sentyabr had aired the interview in full knowledge of its intended content. Kaparov was subsequently jailed for three years in May 2017 for this speech and other similar statements.

Staff at the Sentabyr vowed to continue their work and have already launched a new channel called Jalbyrak TV that will broadcast on Youtube and social media.

Sentyabr spokeswoman Kaiyrgul Urumkanova emphasised that Kaparov had spoken during a live broadcast, and media outlets were not legally responsible for statements made by interviewees.

She said that the first the channel had heard of the prosecution was when they received a notice of legal action via a phone call to the studio during the morning show. Court action had begun the same day, without the channel’s lawyers being given the chance to examine at the case.

In any case, Urumkanova continued, the channel that broadcast Kaparov’s speech had been registered as a separate organisation in Jalalabad and was no longer in operation. The current incarnation of Sentyabr had no legal connection to it and therefore should not have been held liable, she argued.

Others have also pointed to alleged irregularities in the case.

Begaim Usenova is the director of the Media Policy Institute, a well-known NGO that has offered to represent Sentyabr’s interests before the Supreme Court.

She noted that there had been no legal investigation of Kaparov at the time he appeared on Sentyabr, and he had previously given numerous interviews with similar content to various other media outlets.

“Only the court may find whether some material is extremist and the judge should not have ruled that the entire TV channel should stop broadcasting,” Usenova said.

She also said that the law specified that a media outlet could only be found culpable if it repeatedly broadcast or published prohibited materials.

Some analysts interpreted the move as a personal attack against opposition politician Omurbek Tekebaev, often associated with Sentabyr.

Tekebaev, who heads the Ata-Meken party, was considered the main challenger to Atambaev until he was sentenced on August 16 to eight years in prison for accepting a bribe from a Russian businessman.

His wife is registered as the owner of the TV channel’s premises, although staff at Sentabyr told IWPR that there was no formal connection and denied that they served as a conduit for any political message.

Urumkanova said that Sentyabr had been forced to become a de facto opposition TV channel by the government’s refusal to cooperate with it.

Late last year, the president's press office refused to let Sentyabr reporters attend an Atambaev press conference. At the event, the president himself announced that he had personally taken the decision to exclude Sentabyr, which Urumkanova alleged had in turn prompted officials and other government bodies to avoid the channel.

“We want to cover everything, we ask different government bodies for accreditation,” she said. “We are not accredited to attend events, they do not call us. We are simply being blocked because Tekebaev and other opposition legislators often appear on our channel.”

However Almaz Usenov, head of the information policy department of the presidential administration, said that no one from central government had  issued any orders to boycott Sentyabr or block its access to information.

“When the journalists of Sentyabr TV channel called me, I always gave comments on various issues, I was always open to them, so it's not true,” Usenov told IWPR. “They can say anything. But there was no such an order.”

Tekebaev and his supporters deemed the case to be because of his public criticism of Atambaev’s policies.

“For us there is no difference now whether or not [the TV channel is connected to Tekebaev] because we see the facts: the TV channel was closed with the help of unacceptable and in a way unprecedented actions by the court,” he said.

Even if Tekebaev could be proved to have owned the channel, he continued, “one cannot do this to a media outlet based on a ridiculous claim that a year ago the TV channel insulted the then-prime minister Zheenbekov”.

Political analyst Medet Tyulegenov agreed that the government’s actions were a classic example of the intimidation of opposition forces.

“It is clearly aimed at Tekebaev, although all his possible resources as a politician have been seriously undermined, and now his information resource is being attacked,” Tulegenov said.

He argued that the case against Sentyabr was intended to send a clear message that criticism of top state officials was unacceptable.

“Sentyabr was intentionally closed down because it was connected with Tekebaev, who once dared to raise questions about the president’s moral image,” he said.

Usenov denied that the court judgment on Sentyabr had been politically motivated.

“The prosecutor general's office filed the lawsuit based on certain facts that were legally proven,” he said. “Once the judge made this decision, it means there were good reasons for that. And what does the decision have to do with what others say? I think it’s incorrect to make statements without any proof,” Usenov continued.

“The case materials specifically mentioned the reason. It has nothing to do with politics.”

A group of ten Kyrgyz human rights organisations, including Kylym Shamy and the Adilet legal clinic issued a joint statement calling on parliamentarians to address the issue of Sentyabr and act to halt the persecution of media outlets.

“The rapid shut down of digital TV channel Sentyabr points at the real motives – political persecution of independent media in order to restrict public access to alternative information about political events in the country,” the statement read.

However, there has been little public political discussion about the channel’s closure, even though this was not the first action by the prosecutor general against the media.

On June 30, news website Zanoza, its founders Dina Maslova and Naryn Aiyp, as well as human rights defender Cholpon Dzhakupova, were fined a total of 27 million soms (390,000 US dollars) for libel.

A claim on behalf of the president was also made in March 2017 against the Kyrgyz service of Radio Free Europe / Radio Liberty, but later withdrawn.

Atambaev, who became president in late 2011 amid promises to respect and strengthen democratic principles, appears to have become ever more sensitive to criticism.

“He has an inner conviction of his own moral rightness, and any attempts to dent this confidence are met with a very negative reaction,” Tyulegenov said, adding that he believed the president’s values were merely a matter of political expediency.

“His own guidelines were based on his personal, individual understanding of what is right and what is wrong,” the analyst continued. “He said many things during the period when his presidential power was rather weak, and then when it got stronger, another period came and he reassessed what he thought was necessary for the country and possible to accomplish.”

Atambaev will step down on December 1 this year, and is constitutionally prevented from running for the presidency again.

“It's not clear what will happen during the term of the next president. Is this wave [of media harassment] a fading response of the outgoing president or is it a trend that could potentially be supported by the next president? That’s the question,” Tyulegenov said.

Urumkanova said she hoped that the supreme court would overturn the district court’s decision, allowing Sentabyr to return to the airwaves.

But she noted that Sentyabr’s YouTube channel had been the most popular of all domestic TV companies, with four million views per month, and vowed they would continue online regardless of the legal decision.

“So if they make us stop broadcasting, we will find a means to go on the air, even via social media,” she said. “But whatever happens, our message will reach the public.”