Election results suggest past conflict between Kurdish parties is once again influencing voters. 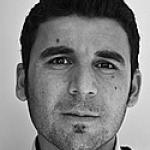 Election results suggest past conflict between Kurdish parties is once again influencing voters.

The former Kurdish guerrilla fought for the Patriotic Union of Kurdistan, PUK, in Iraqi Kurdistan’s bloody civil war. He was outside Erbil when the rival Kurdistan Democratic Party, KDP, backed by the Iraqi army, drove the PUK out of what is today the region’s capital, effectively splitting Iraqi Kurdistan in two.

Iraqi Kurdistan’s four-year civil conflict ended in 1998, but the impact of the war weighs on Mohammed and others who say they took their bitter memories to the ballot box last week.

"KDP peshmergas (guerrilla fighters) killed my friends and close relatives. They were chasing and starving us,” said Mohammed, who lives in the oil-rich town of Taqtaq.

"When I recalled those days I could not vote for [Kurdistan region president] Massoud Barzani because he is the president of KDP.”

The civil war divided Kurdistan into KDP- and PUK-controlled territories, with the central and western provinces of Erbil and Dohuk going to the KDP. Sulaimaniyah, Iraqi Kurdistan’s largest province, became the PUK’s stronghold.

After running separate governments for years, the two parties became political allies, formed a government in Erbil in 2006 and attempted to erase the lines that divided the provinces. Yet the regionalism and partisanship that was exacerbated by the civil war is still evident, and tensions still exist.

Preliminary results from last week’s polls in Iraqi Kurdistan indicate that president Massoud Barzani was re-elected with nearly 70 per cent of the votes. However, he faced an unprecedented challenge from Kamal Mirawdeli, a dark-horse independent candidate and UK-based intellectual who drummed up support in Sulaimaniyah.

A group formed by dissident PUK leaders, Change, made big gains in the parliamentary race in Sulaimaniyah but little headway in the KDP-controlled provinces of Erbil and Duhok. While Change claims it was robbed of votes in KDP territories, the coalition’s officials admit that Change had the least street support in Dohuk, KDP’s stronghold.

Change says it wants to break the hegemony of the two parties, but the PUK and KDP say that Kurds are best served – and united – under their care. They cite in part their ability to move past the civil war.

Change is led by several senior former PUK officials and headed by Nawshirwan Mustafa, who founded the PUK with Iraqi president Jalal Talabani in 1975.

Mustafa served as a senior PUK guerrilla and political leader, but his role during the civil war is unclear. He left for Europe during the conflict, reportedly due to internal party disputes.

As a PUK founder who never officially left the party, Mustafa has been criticised for being an insider who played a part in creating the problems he now says he wants to fix. The KDP and PUK, which lead Iraqi Kurdistan’s government, are blamed for not providing services and allowing corruption and nepotism to spread for decades.

One former KDP guerrilla fighter in Erbil, who asked not to be named, is a critic of PUK and KDP, saying he lost his faith in both parties during the civil war.

“The fighting is over, for now,” he said. “But the civil war is still inside every member in the KDP and PUK. People don’t vote for someone, they vote against someone. It is just a matter of time until the civil war starts again.”

He is also not a fan of Mustafa. “Nawshirwan is a PUK member too. We need a neutral leader to start a fresh new party – not an ex-[leader]. Nawshirwan is one of them,” he said.

Pira said senior party leaders have overcome their parties’ rivalries but the divisions “are still persistent” among lower-level party members.

During the civil war, KDP loyalists in Sulaimaniyah fled for Erbil or Duhok while PUK supporters relocated to Sulaimaniyah. Many were pushed out of their homes but returned to their home provinces after the war.

Families were also divided, with some refusing marriages that crossed party lines.

Pira said KDP and PUK supporters still face discrimination in the strongholds of the other, though it is now less widespread. He said that the legacy will only be changed once Kurds enjoy better services and quality of life – two key issues trumpeted by many candidates during the campaign.

Change’s election success dealt a blow to the PUK, with many now wondering whether a new rivalry will emerge between the KDP and Change.

While the region’s leaders have sought to set their civil war difference aside, preferring now to battle each other on the political stage, some believe they’ve done little to reconcile ordinary Kurds who suffered during the conflict.

"Substantial efforts have not been made with the public,” said Asos Hardi, general manager of the independent newspaper Awene. “Those who lost their sons and daughters or whose houses have been looted have not had reconciliation. That was reflected in the election.”

Hardi said post-election attacks on the Erbil offices of Change and of the Kurdistan Islamic Union, a moderate Islamist party, showed "the mindset of the civil war is still guiding Kurdish individuals”.

Kurdistan’s prime minister Nechirvan Barzani blamed the violence on anarchist Kurdistani list supporters, dismissing allegations that the attacks were backed by the KDP.

But Hardi argued that people are gradually overcoming divisions drawn during the civil war.

He said, for instance, a significant number of voters crossed traditional regional and party lines, for instance by supporting Change in the KDP stronghold of Erbil or by voting for Barzani in PUK-dominated Sulaimaniyah.

Hardi believes that the country’s politicians could also do more to serve the whole region not just their constituencies. He said Barzani must show he represents all Iraqi Kurds, including those from other parties who did not vote for him.

Khalil, the teacher from Taqtaq, agreed. “I hope they take steps to serve us,” he said, “and that they don’t repeat the Nineties.”

Abdul Kareem Assad, a taxi driver and a passionate supporter of the KDP, said Kurds should “overcome their greed and unite as one nation, not [be divided among] tribes and classes.

“But I don’t think they will ever change. Kurds are Kurds.”

Iraqi Kurdistan
Connect with us