Kidnapping on Rise in Afghan North

Kidnapping on Rise in Afghan North 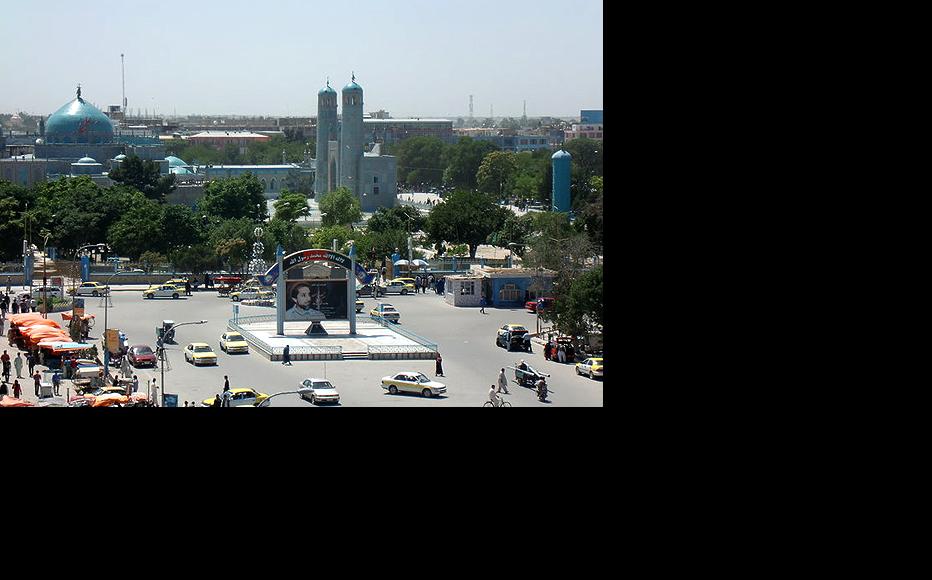 Mazar-e Sharif used to be regarded as safe, but businessmen here and in other parts of northern Afghanistan are increasingly at risk of being kidnapped. (Photo: Daniella Peled)
The link has been copied

Like many businessmen in northern Afghanistan, Mohammad Daud wants to keep his success a closely-guarded secret.

“The worst thing anyone can call you is rich,” he said, explaining that this would amount to an open invitation to kidnappers in the current climate.

“I have sent all my children out of the country, but I’m obliged to stay behind because of my business in Mazar-e Sharif,” he said. “If things continue like this, however, then I’ll be going as well.”

Kidnappings and robberies targeting the relatively well-off are increasingly common in parts of the north, including Balkh province of which Mazar-e Sharif is the main town. Observers warn that such assaults on business leaders are damaging the local economy.

Mohammad Zarif, who owns a pharmacy in Maimana, a town in the northwestern Faryab province, described how he narrowly escaped abduction on October 18.

Driving home from work that evening, he noticed that he was being followed and called the police. When he arrived at his home and got out of the car, masked men attempted to seize him, but police were already waiting and the attackers fled.

Shopkeeper Mohammad Karim, an eyewitness to the failed kidnapping attempt, described the scene.

“I was shutting up my shop when I heard a shot from a Kalashnikov about 20 metres away, and saw men getting out of a four-wheel drive vehicle, firing guns,” he said. “They ran away, but one of them was unable to get away so he threw his pistol to the police and called out that he was surrendering.”

“Since then I’ve become very worried, because these people can do anything; they have very powerful gangs,” he said.

Other recent cases involved Balkh businessman Haji Gul Ahmad Zargar, kidnapped in September and freed by police after a search lasting several days, and oil trader Ismail Jamshidi, abducted in Balkh province and freed on payment of a 400,000 US dollar ransom.

One of Jamshidi’s employees, Mohammed Gul Logari, complained that “we found that the police were unable to do anything to secure his safe release, so we had no choice but to pay the kidnappers the ransom. Otherwise Mr Ismail would have been killed.”

Salehuddin Sultan, head of Balkh province’s crime department, says that in the first seven months of 2010, there were 60 recorded cases of kidnap and robbery in his area, up from 42 last year. This year’s figure represented about seven per cent of total recorded crimes.

“Criminals we have apprehended state in their confessions that their crimes were a consequence of increasing poverty and unemployment,” Sultan said.

He predicted that assaults on businessmen would create a vicious circle where “factories and businesses close, [more] people turn to crime to earn a living, and the incidence of crime thus continues to grow, so that next year we see more offences”.

One alleged kidnapper who appeared at a press conference following his arrest in Faryab province said he acted out of desperation.

“I was totally frustrated, so I decided I would either get some money to feed my children, or die trying. I didn’t commit this crime because I wanted to,” he said.

Businessmen are naturally concerned for their security.

“As an Afghan businessman, I say here and now that I do not feel safe, nor is my family safe, nor is the capital that I’ve invested here safe,” said one man in Mazar-e Sharif he walked to his office, surrounded by armed bodyguards.

In a climate where it was close to “suicidal” to remain, he said, bodyguards were a necessity as the security forces would not protect him or his family.

Economists say prosperity in the north depends on security, so the risks to business activity are already being felt.

“Falling levels of business have a direct impact on consumers, who are under pressure as supply declines and demand rises, affecting prices,” economic expert Abdul Satar Naimi said.

Traders like Mohammad Ibrahim, a shopkeeper in Mazar-e Sharif, say they have already been hit by price rises.

According to Mohammed Hassan Ansari, head of industry and exports at the Balkh Chamber of Commerce, “Kidnapping has had an immensely negative impact on trade… trade is falling with every day that passes.”

Ansari said that despite numerous approaches made to the security agencies, successful businessmen now felt that they had no choice but to hire private guards, even though this was not always enough to protect them.

“One prominent businessman was abducted even though he had armed bodyguards,” he said. “A branch of Kabul Bank was looted despite having six armed guards, and the culprits are still at large. Bodyguards are not the right way out of this.”

“Even in the most advanced countries, there are criminal gangs that commit crimes,” he said, adding that measures were being put in place to counter the problem. “Police will shortly be giving the public 24-hour phone numbers, so that people can contact the police about such cases, crimes are prevented, and people feel safe.”

Habibullah Habib, an defence and security affairs expert, said that in the north of Afghanistan, gangs directed by local militia commanders were well armed and felt able to act with impunity.

The solution, he said, was uncompromising action to serve as a deterrent against criminals.

“When a criminal is arrested, he should be shown in the media and subject to tough punishment,” Habib said. “That way, the number of crimes will fall.

“Unfortunately, however, because criminals are in close contact with certain high-ranking officials in government, they are sent to prison through one gate, and leave through another.”

Afghanistan
Rule of Law
Connect with us