Kazakstan: Will Nur-Sultan City Be Renamed?

Calls for reinstatement of “Astana” as ex-leader continues to be blamed for legacy of corruption and inequality. 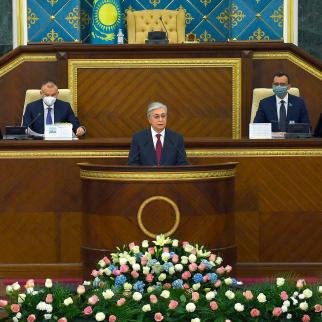 President Kasym-Zhomart Tokayev giving a speech in the Parliament of the Republic of Kazakhstan. © Akorda.kz

Kazakstan: Will Nur-Sultan City Be Renamed?

Calls for reinstatement of “Astana” as ex-leader continues to be blamed for legacy of corruption and inequality. 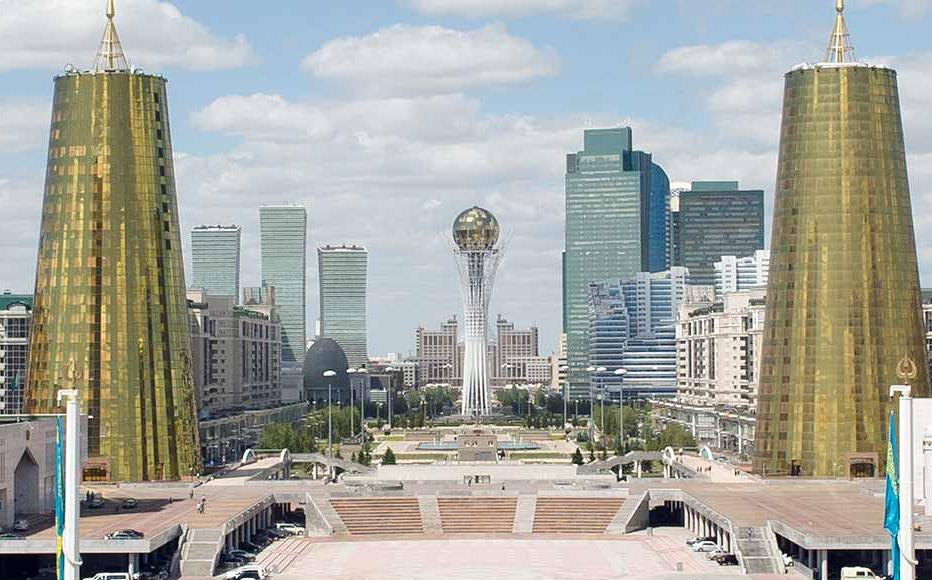 A view of central Kazakstan's capital Nur-Sultan, with the 105-metre tall Baiterek tower on the horizon. Previously known as Astana, meaning "capital city" in Kazakh, the city of 1 million was renamed on 20 March 2019 as a tribute to the long-ruling Kazakh President Nursultan Nazarbayev, shortly after his resignation. © Leon Neal - Pool/Getty Images
The link has been copied

Demands are growing in Kazakstan for the capital city - renamed Nur-Sultan in 2019 in honour of former president Nursultan Nazarbayev - to be returned to its original name of Astana following widespread civil unrest in early January.

Protests sparked by fuel price hikes led to more than 200 deaths in Kazakstan, with many blaming Nazarbayev and his family for a legacy of corruption and inequality.

An online petition calling for the renaming of the capital was launched on January 11 on the Kazakstan-based egov.press. More than 100,000 people signed it on the first day, a figure that more than doubled over the next two weeks.

The petition’s author, Daniyar Burkutbaev, said that it was time to hold public figures to account, no matter their status.

“Otherwise, the leadership disappears into a made-up world and loses touch with reality and feedback from people,” he said. “This is what happened in Kazakstan. We paid so much for this mistake.”

The petition was also published on the international online service Avaaz after repeated cyberattacks on the egov.press website.

“Unfortunately, we also see some forces want to sabotage the process of collecting signatures and spreading the idea,” Burkutbaev said. “There’s a lot of speculation right now that renaming is going to cost a lot of money. It’s obviously a serious question. For some reason, all these speakers did not raise this question when Kazakstan spent a lot of money on useless image projects, such as Expo [a 2017 international exhibition], Olympic [bids], etc,”

Tokayev was Nazarbayev’s named successor when he retired unexpectedly in March 2019 after 30 years at the helm of Kazak  politics. On March 20, 2019, Tokayev told a joint session of the lower and upper houses of parliament that he proposed to rename the capital in honour of the first president. This was approved by parliament and the city council the same day, with the decree coming into force three days later.

“This is quite a long and serious process that requires public involvement, the participation of lawmakers, the establishment of a historical and etymological commission, the publication of necessary documents and materials in the media, and only then the president must sign it,” she said. “But with the capital, it was done in one day.”

Political analyst Kazbek Beisebaev said that the entire issue was a national embarrassment.

“When Astana was renamed Nur-Sultan, the whole world laughed at us, but we kept saying that this was our right and how we paid the tribute to the leader of the nation. Now the world will be laughing at us again,” Beisebaev said.

Protests over the rise in liquefied gas prices that began on January 2 soon escalated into violent clashes, and on January 5, Tokayev said that he would replace Nazarbayev as head of the security council.

Amid the unrest, the president and the state-controlled media did not use the name Nur-Sultan, simply referring to the city as “the capital”, although they have since returned to using the new name.

The former president appeared in public on January 18 for the first time in weeks and denied the existence of any struggle amidst the elite, emphasising that he had handed all his powers over to his successor.

Political analyst Dauren Aben said that Nazarbayev had come to represent the failure to build transparent governance and fairly distribute natural resources for the benefit of all citizens during 30 years of independence.

“Nazarbayev clearly achieved some successes, but they were all neutralised by excesses in domestic policy designed to establish his personal rule and disproportion in the economy caused by the prevalence of family clan interests,” he said. “That’s why the key demand of public protests across the country was the final exit of Nazarbayev from politics and their slogan “Shal, ket! [old man, leave]” he said.

Nari Shelekpaev, a history professor at the European University of Saint Petersburg, agreed that demands to change the capital’s name were fuelled by genuine public sentiment.

“The number of signatories is increasing every day,” he said. “It is politically unreasonable to ignore this request now. The parliament, the supreme legislative body of Kazakstan, which supported the renaming in 2019, can initiate the return of the place name Astana. It would be a good way to resolve the situation by holding a referendum at a local or even national level.”

A draft law on public petitions in Kazakstan has yet to be adopted, meaning that such initiatives -another petition calling for the end of full immunity for Nazarbayev and his family has also proved popular - have no judicial power.

And Aben said that the authorities were unlikely to take any radical measures in the short-term to fully remove manifestations of the Nazarbayev personality cult.

He noted that those in charge were still an integral part of the system built by the former president, and that a deal had presumably been reached between the former and current leaders on the handling of this legacy.

“It all will depend on how the domestic political and socioeconomic situation develops in the country,” he said. “If public pressure increases, Tokayev may revise the deals to please the environment.

He suggested that the best way to move forward would be to hold a major public consultation “to determine the role and place of Nazarbayev in the history of Kazakstan”.

As well as the capital city and the country’s main airport, many streets, parks and educational establishments are also named after the former president. Burkutbaev called on citizens to send the petition to local authorities, or akimats, to start the process in their own municipalities.

“Akimats can refuse at first,” he said. “They will refuse once, then again, but they will have to listen to public opinion [when expressed] for the hundredth time. These are legitimate actions. This is how I will act.”