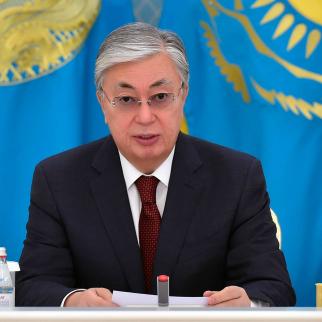 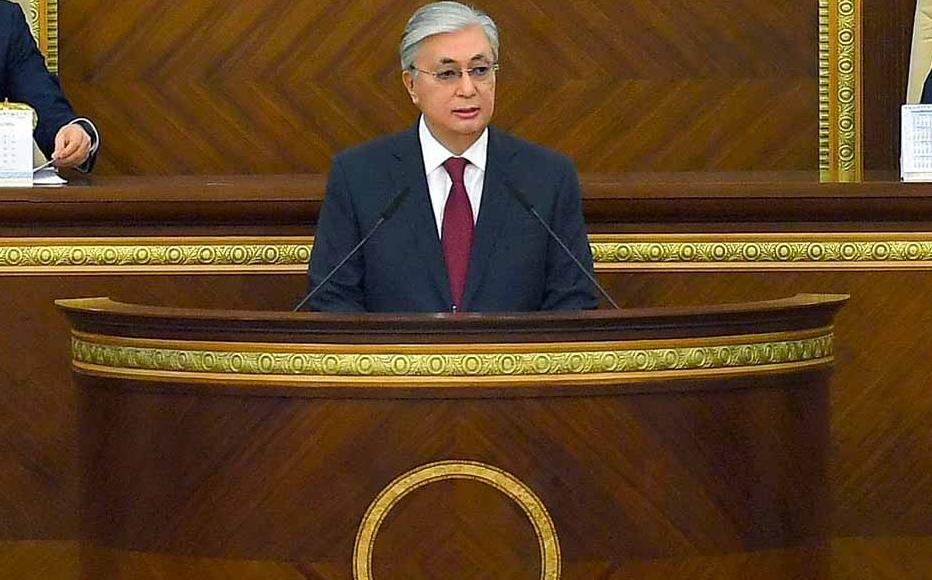 President Kasym-Zhomart Tokayev giving a speech in the Parliament of the Republic of Kazakhstan. © Akorda.kz
The link has been copied

As the dust settles after the worst unrest in Kazakstan’s recent history, President Kasym-Zhomart Tokayev’s potential next steps are becoming clearer.

In a more conciliatory speech in parliament on January 11, Tokayev acknowledged the worsening problem of inequality raised by demonstrators at the recent protests and introduced a range of measures intended to stabilise the situation in the country.

As well as presenting a fresh government full of new ministers, Tokayev declared a five-year moratorium on salary increases for senior politicans and regional officials and outlined a political reform package to be delivered in September following consultation with civil society and experts.

Observers could not fail to note that his predecessor Nursultan Nazarbayev was mentioned only once in Tokayev’s speech, and not in a particularly favourable light.

“Thanks to the First President - Elbasy [father of the nation] the country had a group of very profitable companies and a layer of people rich even by international standards,” Tokayev stated.

Also notable was the fact that Nazarbayev’s daughter Dariga Nazarbayeva, who has been a deputy since January 2021, was not present at the meeting. According to the government press office, she was ill.

In addition, Tokayev announced that the Development Bank of Kazakstan (DBK) would be restructured. This institution was established in 2001 by Nazarbayev’s decree and his grandson Nurali Aliyev served as its executive director until 2013.

Tokayev said that the DBK had “become a personal bank for a selected group of individuals representing financial, industrial and construction groups,” warning that these people “get the resources of the state, which could be used for the development of small and medium-sized businesses”.

He also criticised the Samruk-Kazyna fund, an investment holding with 22 national companies established by Nazarbayev and led by his nephew Akhmetzhan Yesimov, promising reform of its procurement processes.

Economic inequality had been the key issue highlighted when protests began in the oil-producing town of Zhanaozen on January 2, when hundreds of residents furious at a double increase in liquefied gas prices demanded it be reduced to the previous level of 50 tenge (11 US cents).

“People held banners [reading] Gaz 50 and often shouted 50 in Kazak,” said eyewitness Inkar Amankosova. “That day, the police tried to control the situation and came to protesters’ houses. My neighbour was at the protest and the police were waiting for him at home. On the second day, more people joined the protests. In the evening, activists built a yurt and packed it with food. The head of the police department of Zhanaozen spoke to the public and said that the police were with the people and they would not arrest anyone or prosecute, etc.”

A day later, other protests broke out in solidarity, with calls for the resignation of the government and the slogan “shal, ket” (old man, leave) – a reference to Nazarbayev – added to the demands for cheaper gas. There were also calls for action against corruption as well as fair elections and cheaper property and utility prices.

The situation began to escalate on January 4 when in peaceful rallies in Almaty descended into riots and looting. The following day, gas prices were brought down to their previous level and the government resigned.

At least 160 people were killed during the unrest, with some alleging that the violence was instigated by forces outside the core of peaceful protestors. Political analyst Askar Nursha said that popular opinion was divided as to whether the violence was pre-arranged or implemented during the protests.

“Experts and I have concluded that it was sabotage because the police took control of the square [in centralAlmaty] on the very first day. But in the following day and-a-half, control seriously deteriorated or was lost,” he said.

Outside Almaty, the situation was calmer, with clashes in the northern city of Kostanai quickly suppressed after some 700 people were arrested. In eastern Kazakhstan, around 3,000 people in Semei and Ust-Kamenogorsk came out onto the streets, with about a third being detained by police. In the west of the country, according to witnesses, the rallies were peaceful, with people lighting campfires, cooking pilaf, and listening to songs.

With calm mostly restored, Andrey Chebotaryov, director of the Alternativa Centre for Contemporary Research, said that Tokayev had used his speech primarily to assign blame for the violence of the previous days.

“It was the first time when the term ‘oligopoly’ was used regarding the country’s economy in the official vocabulary, at the highest level,” he continued, adding that Tokayev had “complained about the entire system of public administration and officials at all levels, saying they had a distorted image of the lives of fellow citizens”.

Chebotaryov also said that it was clear from the president’s speech who he hoped to rely on in the future.

“First, it is the security council, which has recently come under the leadership of the head of state and is likely to be closely involved in the security sector reforms,” he said.

The president also seemed to set great store by the Atameken national chamber of entrepreneurs, planning to involve it in government and national bank plans for a programme to increase basic incomes and control inflation.

In addition, he appeared confident in the abilities of the current echelon of serving politicians; a possible sign that there will be no dissolution of parliament despite the upheaval among the elite.

“Thus, the political agenda for this year is practically set,” Chebotaryov said. “It can’t be ruled out that other measures had been originally planned by the country’s leadership. However, the unprecedented and tragic events of the first ten days in January have brought about significant adjustments. Let’s hope that the entire system of power and its representatives at all levels have learned from them.”