Concerns that hate speech laws are being used to silence anti-corruption campaigner and other government critics.

Concerns that hate speech laws are being used to silence anti-corruption campaigner and other government critics. 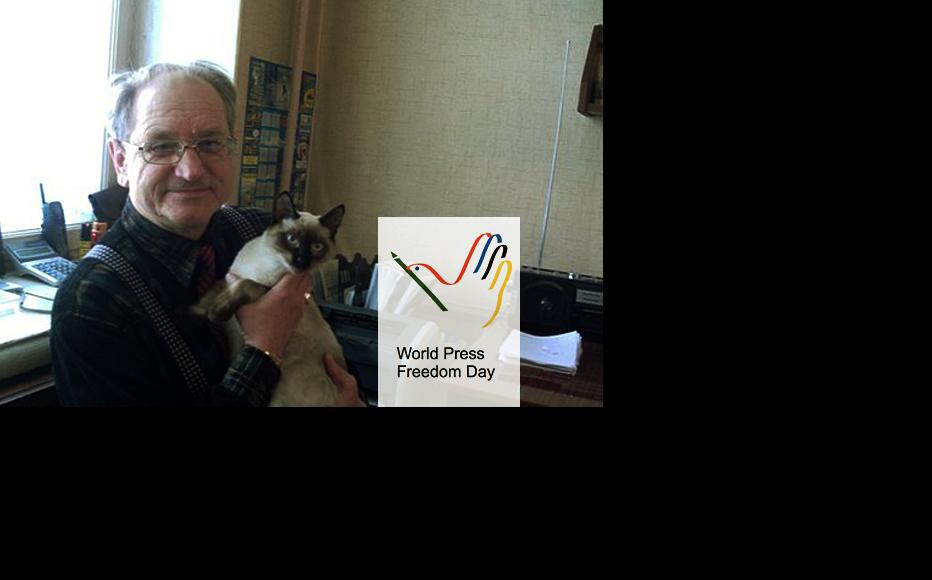 Alexander Kharlamov. (Photo: A. Kharlamov's page on Moy Mir)
The link has been copied

Human rights defenders in Kazakstan are concerned at the arrest of journalist Alexander Kharlamov, who stands accused of inciting religious strife on the grounds of his forthright atheist views.

The charges look like a pretext for locking up an outspoken critic of the authorities, and there are particular concerns that the focus now seems to have shifted from prosecuting Kharlamov to committing him to a psychiatric institution.

Kharlamov, 63, comes from the city of Ridder (formerly Leninogorsk) in eastern Kazakstan. He writes a blog, is a regular contributor to the Ridderskiye Vesti and Flash newspapers, and heads a rights group called Secret Service.

He is particularly well known for campaigning against corruption, and has written extensive on malpractice among municipal, police and prosecution service staff in his town.

The criminal investigation featured a team of experts appointed to assess Kharlamov’s published work, who concluded that 28 of the 36 articles they looked at qualified as incitement. One of the offending passages referred to religion in general as “an ideology based on primitive ideas and concepts, myths, lies and deception”.

The main religion in Kazakstan is Islam, followed by Orthodox Christianity as practiced by the sizeable Russian and Ukrainian minorities, and then a number of smaller faith groups.

On April 8, Kharlamov was moved to detention in Almaty, the country’s largest city, to await further psychiatric examination, leading to fears that he might be forcibly committed to a mental hospital. An earlier assessment found that he suffered from a “delusional disorder”.

Kharlamov denies the charges, but fears he stands little chance against a state that appears determined to lock him away, possibly in a psychiatric institution. Interviewed by RFE/RL on April 15, he said investigators decided to declare him mentally unfit once they realised their legal case was flimsy.

His case raises concerns about the misuse of psychiatric medicine for punitive ends, a practice common in the Soviet period. It also highlights how hate speech legislation can be deployed against individuals, in breach of their right to reasonable free expression.

Article 164 of Kazakstan criminal code makes it illegal to engage in actions intended “to incite social, ethnic, clan, racial or religious enmity or animosity”, and refers also to “the ethnic honour and dignity or religious feelings of citizens”.

The Brussels-based International Partnership for Human Rights called on the Kazak government to ensure that this loosely-worded clause was “not misused to punish legitimate free speech in the case of Alexander Kharlamov or other individuals”.

In a resolution passed on April 18, the European Parliament noted Kharlamov’s detention along with other cases where human rights activists and opposition members had been prosecuted. The resolution urged Kazakstan’s government to revoke Article 164 and called for talks on a new Partnership and Cooperation Agreement with the European Union to be suspended until the country significantly improved its human rights record.

Sergei Duvanov, a well-known journalist in Kazakstan, said the legal moves against Kharlamov were in clear breach of the right to freedom of expression.

“He’s expressing his point of view. It doesn’t matter whether it’s correct or not, whether it coincides with the views of the majority of people, or whether he’s in the minority,” Duvanov said.

The editor of Flash, Denis Danilevsky, is pretty certain Kharlamov is being targeted for his reporting, including for that newspaper.

“He is a lawyer by profession and he knows his stuff. I wouldn’t rule out that his civic stance and his reports – which contain criticism but are backed up by corroborating documents – played a role in this case,” he said.

Vitaly Ponomarev, director of the Central Asia programme of the Moscow-based human rights organisation Memorial, published a comment piece warning that the case set a dangerous precedent for any criticism of religion being equated to a criminal offence.

Alexander Klyushev, who heads Kazakstan’s Association of Religious Organisations, told IWPR he was not offended by comments that Kharlamov had made about matters of faith.

“The twin facts that this individual is doing human rights work in the town and is then charged with holding specific views on religious, mean that we’re watching this situation with great concern,” he said. “We’re worried how this is going to evolve down the line. There’s a sense that this method of dealing with dissent might be applied to us [religious groups] too.”

The “incitement” clause has previously used in the conviction of opposition Alga party leader Vladimir Kozlov, sentenced last year to seven-and-a-half years. In his case, the crime was inciting “social strife” for his alleged role in industrial unrest that ended tragically when police shot at demonstrators in Janaozen, leaving 16 dead.

In August 2011, the same offence was used against Natalya Sokolova, a trade union lawyer from Janazoen, who got six years in jail. She has since been released.

As long ago as 2007, Nurlan Alymbekov, a writer from Shymkent in southern Kazakstan was forcibly placed in a psychiatric hospital after being accused of inciting ethnic and religious strife. Charges were brought against him after he wrote articles about tribalism in government. International pressure resulted in him being released after one year.

Andrei Grishin is a staff member at the Kazakstan International Bureau for Human Rights and Rule of Law.

Kazakstan
Media
Connect with us