How Russia Fights its Information War

The Kremlin is committing huge resources to extending its influence through spin rather than soldiers.

How Russia Fights its Information War

The Kremlin is committing huge resources to extending its influence through spin rather than soldiers. 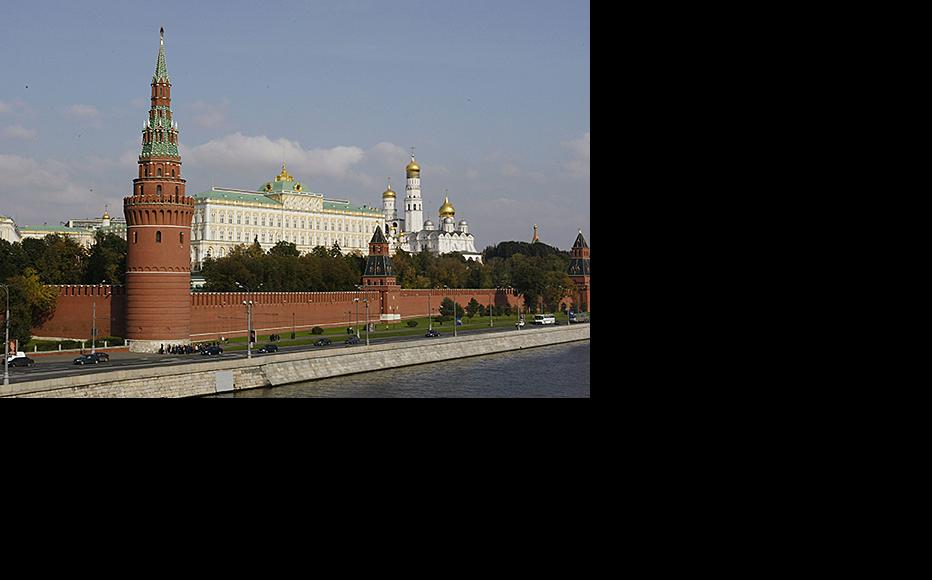 The Kremlin in Moscow. Picture from 2003. (Photo: Ian Walton/Getty Images)
The link has been copied

As the Ukraine crisis continues, IWPR editor Daniella Peled talks to writer and regional expert Peter Pomeranzev about how Russia is using the media as an extension of its military power.

Russia is devoting great resources to the information war – how effective is this proving within the country?

It’s no coincidence that the first thing Putin did on taking power was to take over the media and the TV by going after [media oligarchs Vladimir] Gusinsky and [Boris] Berezovsky. Chechnya was a made-for-TV war, and turned Putin from a nobody into the figure he is today.

The regime uses television as its most important tool. First, it mixes entertainment with social control. For instance, there are very amusing debate shows which are broadly scripted by the Kremlin – the heads of the TV channels have weekly meetings there. So the control is very, very strong, but at the same time the effect is entertaining.

As in other authoritarian regimes, the media is used to promote non-stop conspiracy theories and to break down critical thinking in society. Television is used very aggressively, with a lot of NLP-style [neuro-linguistic programming] tactics, repeating key words like “the enemy”, for instance. This was used epically over the Ukraine crisis. I don’t think I have ever seen a country convince its citizens of such an alternative reality as Russia is now doing.

This isn’t straightforward deception, like saying a country has weapons of mass destruction when it doesn’t. This is a huge reality show with various emerging narratives.

The Kremlin has reinvented the conflict in Ukraine as a genocide against Russians. People believe that the fascists are coming to get them, because that’s what they have seen on TV, or that the CIA is behind massacres in Ukraine. After they said for ten years that Ukraine is “our brother nation”, now it has become Russia’s deepest enemy. From saying previously that Ukraine was actually part of Russia, the narrative now is that Ukrainians are fascists. And Russia has spread this story about Ukraine being a failed state. Ukraine is a lot of things – if anything it’s a crap state – but it isn’t a failed state.

None of this is meant to make sense. It is intended to confuse and to strike fear into the hearts of the population.

What kind of impact has the Kremlin’s media strategy had outside Russia?

There are 30 million Russians who live abroad, so Russian-language media has a much larger reach than just within the country’s borders. As far as foreign media is concerned, the approach is granular, with different tactics deployed in specific countries. It is very focused. There is a different approach in each case.

The approach to Britain plays on the anti-European Union, pro-business trend. Russia has been courting UKIP. There is no suggestion of any financial impropriety, but Russia Today invited Nigel Farage on as a guest before the BBC would have him, for instance. Anything anti-European can be built on – the idea of European expansionism, that the EU is an evil empire. This leads to the conclusion that Russia is just defending itself. This is the ideological bridge to Le Pen in France. They make an alliance with whoever they need to be friendly with at the time.

As for how effective it is, nobody is really sure, in the West or in Russia, whether it achieves very much. There has no sociological research on the effect of Russia Today, for instance. It claims to be the most-watched channel on YouTube, but in a way that is admitting that no one actually watches you. Russia Today is just really crude, and my sense is that in Britain at least, it works almost as a decoy, a distraction. The real problem is the financial players who are in thrall to the Russian economy. The City is Britain’s Achilles heel. Deep down, people wonder why should pesky Ukraine get in the way of us making money? And a lot of “experts” have received funding through Russian organisations. It’s quite subtle.

The Kremlin’s idea of soft power is absolutely different – it is an extension of military power. The Russian military has for the last 10 years been moving away from the idea of kinetic force to informational operations. We in the West think of it as something that accompanies military action – introducing MTV to Afghanistan, for instance – but the Russians see it as the main part of warfare, to demoralise, divide and conquer, to split society and create a permanent information war. They wage this war through NGOs, the church, business, the media – how to bring a country to its knees without ever invading, basically.

How much has the Russian government harnessed the power of social media?

Russia latched on very, very fast to the power of the web. The [opposition] protests in 2011 were very internet-driven, and Moscow realised very quickly that it was the ideal tool for authoritarian rule. They hired very dirty PR firms to start their own stories, and social media was awash with crazy stuff. Trolling is also a way of intimidation. It’s like suppressive fire – it bogs people down.

They are also trying to do that in the English language media. There was [Brazilian journalist] Pepe Escobar who wrote about MH17, and the mysterious Carlo who worked in air traffic control in Kiev and had a mysterious Twitter feed full of disinformation – that he saw a Ukrainian jet following the plane for instance. Then Carlo disappeared. It was all apparently suppressed by the Western media. This is a story which took an hour to fabricate, but it actually got traction.

Social media lets Moscow get material into the informational bloodstream, and technology makes it easier to spread disinformation.

Are independent voices managing to makes themselves heard within Russia?

Even dissenting voices have to be very carefully framed. There has been a clampdown on independent media in general. The Kremlin killed all the big internet news portals because they were creating the top line of the news agenda, and replaced independent editors with their own little slaves.

Even in supposedly more independent media, there is not necessarily obvious propaganda, but instead there are quite subtle messages. Their message is not necessarily that there are fascists in Ukraine – they leave that to the TV and the gutter press – but they relativise and smudge the discussion. The independent news channel TV-Rain, which has been pushed onto the internet, also operates with boundaries.

Everyone is waiting for Moscow to do something more extreme. Regarding bloggers, a law has been passed which means that if you have more than 3,000 daily readers, then you have to register with the mass media regulator, so this puts all kinds of restriction on you – a way to kill off blogging, basically. Facebook has to register with the regulator, too, and store data on its users within Russia. It’s about making life difficult without an outright ban. Then there are new laws about extremism which are so loosely worded than they could be used to shut down anyone, and people are waiting for a legal trick to be performed that does just that. Everyone is very worried.

Peter Pomeranzev is a regional expert and a senior fellow at the Legatum Institute. His latest book is Nothing Is True and Everything Is Possible: The Surreal Heart of the New Russia.