Raul Khajimba has committed himself to reforming the way Abkhazia is governed.

Raul Khajimba has committed himself to reforming the way Abkhazia is governed. 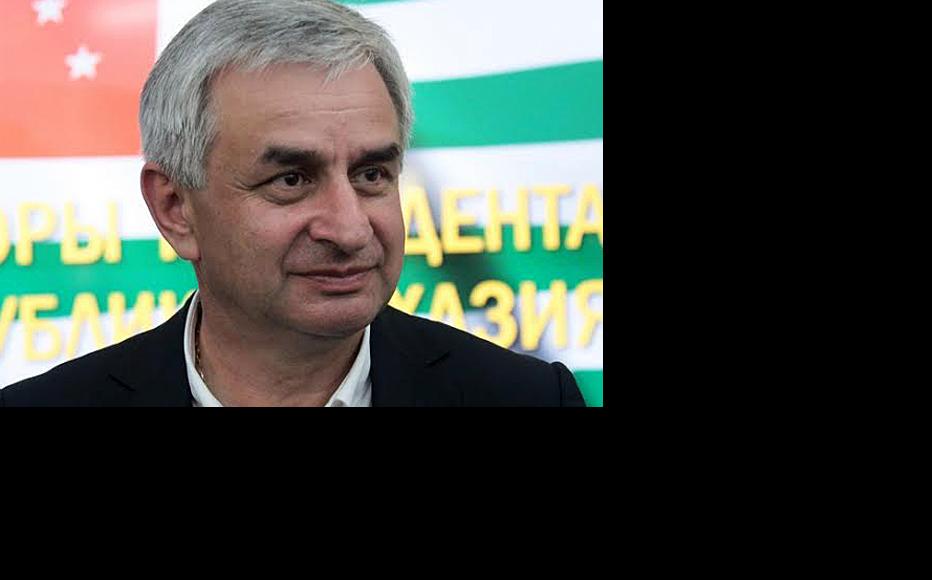 Abkhazia’s new president Raul Khajimba has promised a new era in politics, but first he will have to convince sceptics who are still worried about his ascent to power in an election called after his predecessor Alexander Ankvab was ejected from office.

Elected with just under 51 per cent of the vote on August 24, Khajimba will be formally inaugurated on September 25.

He has previously served as Abkhazia’s defence minister, vice-president and prime minister, and stood for president in 2004, 2009 and 2011. He leads the Forum for National Unity party.

His vice-president is Vitaly Gabnia, who heads Aruaa, an association of veterans of the war with Georgia in the early 1990s which resulted in Abkhazia declaring itself an independent state.

Ahead of the election, Khajimba and his three rivals signed a pledge that whoever won would form a coalition administration drawn from all their supporters as well as technocrats. Khajimba has described this as a “government of popular trust”.

“I am certain that this is how it will be,” he said at his first press conference after being declared victor.

“It was the right step to take,” Alkhas Tkhagushev, a member of the Civic Chamber, a body that advises the president and is drawn from representatives of civil society, said of the pre-election pact. “I very much hope that it wasn’t just rhetoric and that people from the various campaign teams really will be represented in government. This unification and consolidation is very important. It’s also important to reform the system of government, create a balance between its different arms, and redistribute power from the president to parliament. Khajimba and Gabnia have said unambiguously that they’re going to do it.”

As well as political change, Khajimba faces expectations that he will bring much-needed economic growth and tackle corruption, while managing its complex regional relationships.

Nadezhda Venediktova, also a member of the Civic Chamber, predicted that voters would hold Khajimba to his pledge of a new political dispensation.

“For the last 15 years there’s been constant talk of reforming the constitution and turning the president from omnipotent monarch into the guarantor of law, but no one has actually done it,” she said. “The need for these changes is now so urgent that the public won’t let the new president forget his promises, which is what happened with previous presidents.”

One of Khajimba’s allies, Vladimir Zantaria, who heads the Forum’s branch in the capital Sukhum, is confident the new leader will be able to deliver on his election pledges.

"He’s a man of action. He’s aware of the burden of responsibility placed on his shoulders,” Zantaria said. "He will do everything he’s promised to ensure the social assistance money we get from Russia goes into the real economy…. He comes from the security services, and they know how to impose discipline.”

Ankvab resigned as president on June 1 after several days of street protests. He said he was the victim of coup and only stepped down to avert a wider conflict. (See Abkhazia Takes Stock Ahead of Presidential Campaign.)

Many people in Abkhazia were unsettled at the manner in which Ankvab was driven out.

“Raul Khajimba is going to have to justify his legitimacy in the eyes of that section of society that sees the events [starting] May 27 which led to Alexander Ankvab resigning as an anti-constitutional coup,” Venediktova said. “Only substantive achievements by the new president will ease the divide in society and convince those people that Ankvab’s resignation was a good thing for the country.”

Batal Kobakhia, who heads the non-government Centre for Humanitarian Programmes, said that Khajimba would begin to build public trust if he showed he was serious about improving the electoral system, reforming local government and ensuring independence of the judiciary.

“If even some of this gets done, or consultations begin on it, people will come to believe the pledges made during the election campaign really do matter to us,” he said.

Three days after the election, Khajimba went to Russia to see President Vladimir Putin to discuss an increase in aid and investment.

Khajimba said afterwards that he expected a new bilateral cooperation agreement to be signed by the end of the year. He also said he would back legislation allowing Russian nationals to buy residential property in Abkhazia. (Abkhazia Mulls Property Ownership Reform examines the sensitivities around this issue.)

One of the issues at the centre of the protests against Ankvab was the distribution of Abkhazian passports to tens of thousands of ethnic Georgians concentrated in the southeast, which many saw as a threat to national sovereignty. Around 22,000 were stripped of their voting rights ahead of the presidential election, on the grounds that it is illegal to hold both Abkhazian and Georgian passports. Dual nationality with Russia is permitted.

These ethnic Georgian voters would have represented a significant slice of the electorate. Turnout, at 70 per cent, amounted to just under 100,000 ballots cast, and Khajimba was 560 votes over the 50 per cent mark.

Venediktova hopes that Khajimba’s style will be more consultative than autocratic.

“He doesn’t have the qualities of an obviously charismatic leader, and that might be a positive thing as he’ll have to at least listen to the views of his immediate circle, who ran a better election campaign than any of his rivals’ teams. In any case, Abkhazia now has a president who – unlike Ankvab – is prepared to listen to others and take their views into account.”

Anaid Gogoryan works for the Chegemskaya Pravda newspaper in Abkhazia.

Abkhazia
Elections
Connect with us