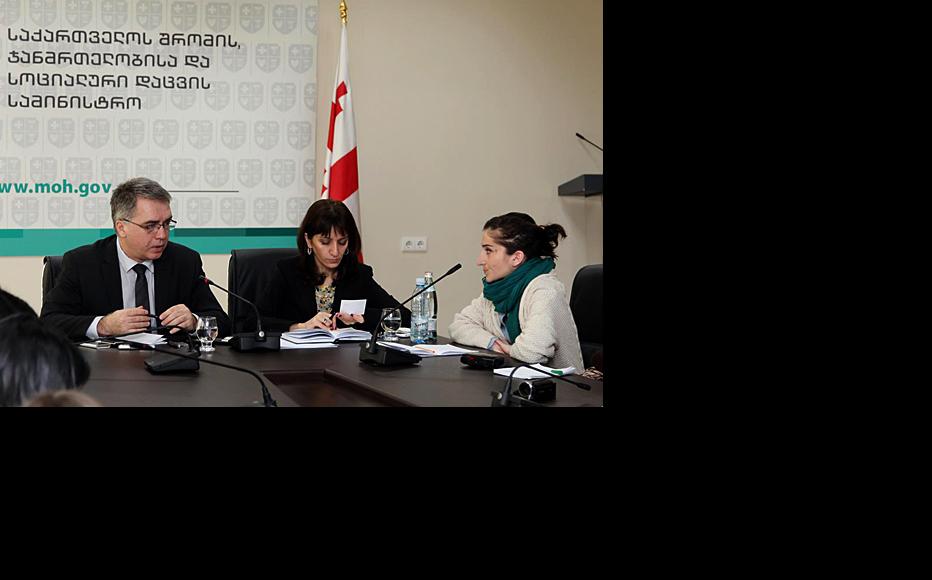 By its own admission, Georgia’s health service is struggling to cope with high rates of hepatitis C, with one in every 14 people in the country infected.

Official statistics show 200,000 people infected with the disease, or 6.7 per cent of the population. For comparison, the equivalent figure is 2.5 per cent in the United States, and under one per cent in northwestern Europe.

Just one in ten Georgians with hepatitis C have received treatment as the drugs are so expensive. Around 1,000 are on the waiting list for liver transplants, commonly required in the most advanced stage.

Gia, now 39, was diagnosed with hepatitis C in 2008 during a routine medical check. Like many Georgians, he had medical insurance, but the company refused to cover tests and treatment.

“I paid for the tests I needed myself, and that wasn’t cheap. The doctor advised me to start treatment. When I decided to take out a loan to pay it, I was sacked for having hepatitis,” Gia said. “Since then, I haven’t had a steady job, and obviously that means I’ve had to give up on any thought of treatment.”

Patients are offered two antiviral medicines – Interferon and Ribavirin. A 24-week course of either costs 6,000 US dollars, a huge sum in a country where the average monthly wage is around 700 laris, or 415 dollars. Even a full examination, at 1,600 laris, is beyond the reach of many.

Georgia’s health minister David Sergeenko says there is simply no money in the state healthcare budget to cover the costs of treating so many people.

“Of the 200,000 people infected with hepatitis C, around 20 per cent need antiviral treatment. We’d need 800 million laris to treat them all. One thousand people need liver transplants, and that operation, which has to be done abroad, costs 300,000 to 500,000 euro,” he said. “Georgia’s healthcare budget is only 650 million laris. Even if we spent that whole amount on treating hepatitis C, it still wouldn’t be enough.”

“There are no clear figures for how many people are infected with hepatitis C or what stage of the disease they are in,” said Lali Sharvadze. “Our information indicates that because of the high costs, only ten per cent of sufferers get treatment.”

International donors currently only fund treatment for hepatitis C patients who are HIV-positive.

Irakli Imnaishvili, a journalist now living in Britain and who blogs about his experiences living with hepatitis C and being treated for it in the UK, says the cash-strapped Georgian government could learn from past successes in cutting HIV treatment drugs.

“There is already a precedent for it. The Georgian Harm Reduction Network [an HIV charity] managed to significantly reduce the cost of treatment through negotiations with the pharmaceutical companies,” he said. “Suppose the government advertised a tender to treat just a few hundred people – I guarantee that the cost of treating hepatitis C would come down. All they need to do this is the political will

Manana Vardiashvili is a freelance journalist in Georgia.