Experts talk about tribunal’s contribution to international law, and what it has meant to people in former Yugoslav states.

Experts talk about tribunal’s contribution to international law, and what it has meant to people in former Yugoslav states. 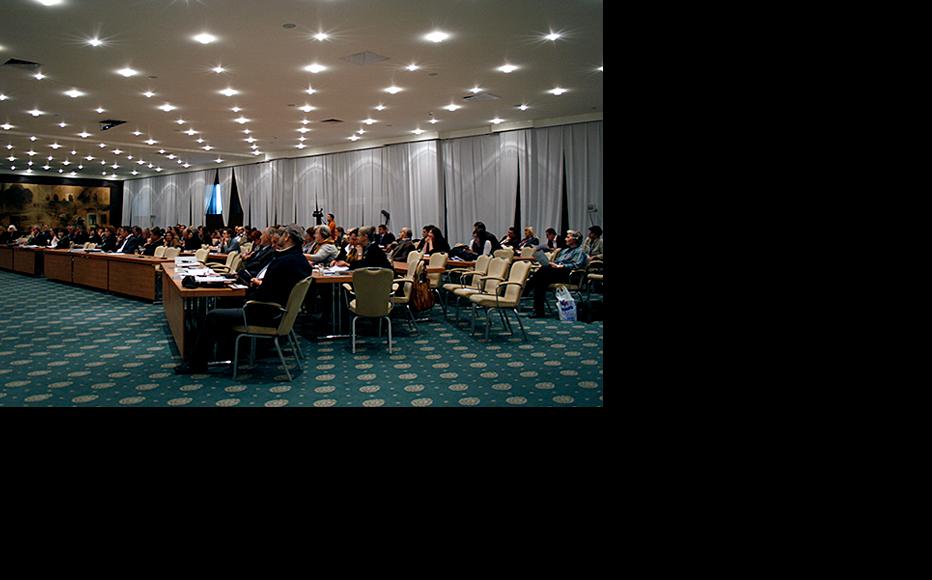 Participants at the Sarajevo conference on the Hague tribunal&#039;s legacy, organised by the ICTY, 6-Nov-12. (Photo: ICTY) 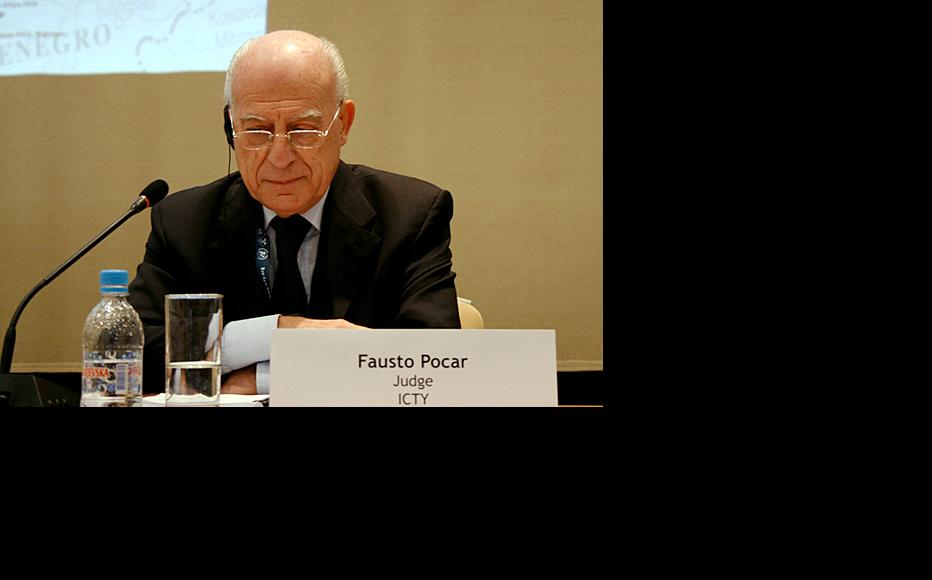 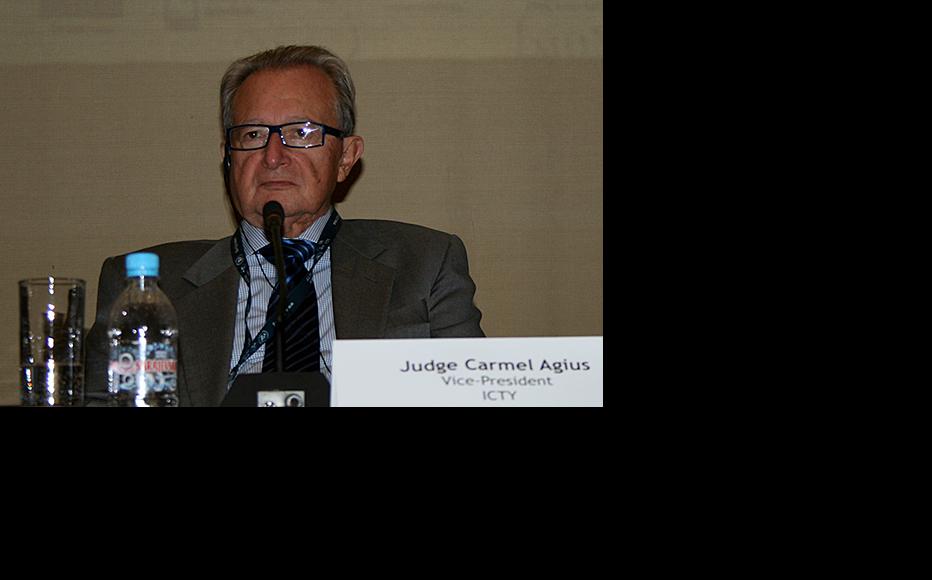 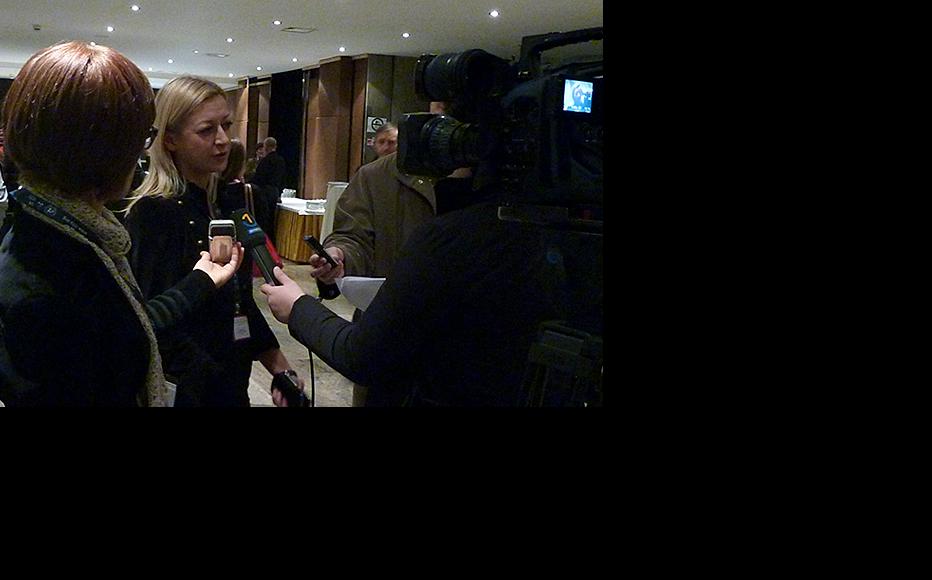 Nerma Jelacic, head of communications at the ICTY, being interviewed by the local media. (Photo: ICTY)
The link has been copied

The Hague tribunal this week launched a series of conferences in Bosnia, Croatia, and Serbia in an effort to encourage a debate about what its lasting legacy for the region will be.

According to officials at the International Criminal Tribunal for the Former Yugoslavia, ICTY, these events will seek to “provide an opportunity for local stakeholders to engage in direct and constructive dialogue about the tribunal’s role in the former Yugoslavia”. The issues covered will include the role the ICTY has played in helping communities come to terms with past conflicts, and ways in which its legacy can remain relevant.

The first of the three conferences, held in Sarajevo on November 6, brought together over 180 participants from the region and further afield, including ICTY staff, officials from national judiciaries, politicians, transitional justice experts, journalists, activists, academics and artists from across Bosnia.

In his opening remarks, the tribunal's vice-president Judge Carmel Agius said the aim was to start a debate with people from all walks of life on how the ICTY “helped deal with the past in the region".

Judge Agius told participants, "You may disagree on many things. There is, however, one thing that unites you all – your deep commitment to justice and your keen anticipation that the work of this unique institution, the ICTY, will continue to be a motor for change in Bosnia and Hercegovina on its path of recovery."

Nerma Jelacic, head of communications at the ICTY, said, "It is of crucial value that conferences about the tribunal's legacy are held in the region – in countries such as Bosnia – which is where they belong. The voices of the victims are particularly important in this aspect. We want the tribunal's achievements to stay around for future generations, to prevent past mistakes and make sure that they never happen again."

Judge Fausto Pocar, a former president of the ICTY, said the tribunal had produced “multiple major achievements not only for the region, but on a global scale".

"The ICTY,” he explained, “has shown that an international tribunal can in fact process crimes of such a scale, do it respecting principles and procedures, and bring about justice. This is certainly a major achievement."

The ICTY had also contributed to the development of international criminal law, established a body of procedural law on cases of crimes against humanity and war crimes, and created a collaborative network with local courts, he said.

While participants were generally positive about the ICTY’s contribution to transitional justice, some criticism was also levelled at its work. As some speakers pointed out, by the time the tribunal closes down, the total number of cases it has dealt will still represent just the tip of the iceberg, when seen against the huge number of war crimes suspects in the region.

Another issue raised by some participants concerned the tribunal’s practice of significantly cutting down the content indictments in order to speed up the trial process.

Addressing this concern, Judge Pocar said, "Honestly speaking, the reduction of indictments was a measure which was necessary not just from the perspective of the [tribunal’s] closing strategy, but also to ensure an easier management of the pending cases. It's not easy to manage a trial which has been going on and will go on for years.

"However, this does not imply impunity in any way for those parts of the indictment that have been excluded. If they could not have been processed before the ICTY, they could be processed in local courts. But this is still a point to be discussed."

The event also saw a discussion about what should happen to the ICTY’s archives. Participants were told that original documents would remain in The Hague, and copies placed in a memorial centre somewhere in the former Yugoslavia.

Hatidza Mehmedovic, an activist with the associations of survivors of the Srebrenica genocide, said it would be "most natural” if the archives were held in Bosnia.

"This country is where the worst crimes… took place, this is where the ICTY’s legacy will live, so it would only make sense to have such a centre here in Bosnia," she said.

Another conference, also on legacy issues, took place in Zagreb on November 8, and Belgrade will host the third one on November 22.  The ICTY has already held two conferences on its legacy, in February 2010 and November 2011.