Government faces resistance as it insists boycotting the games would be worse than going.

Government faces resistance as it insists boycotting the games would be worse than going. 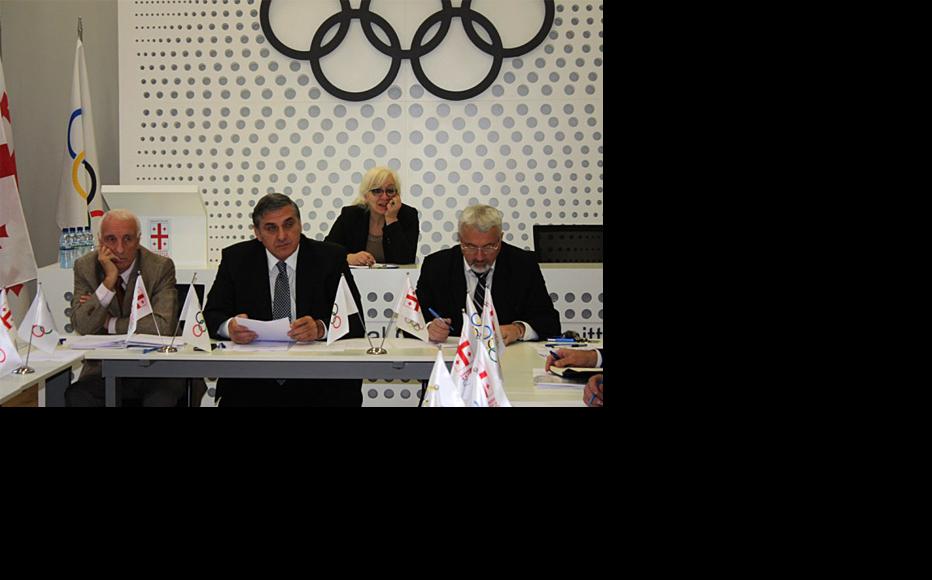 Georgians are divided on whether their country should send a team to compete in the Winter Olympics in Sochi. The split reflects divisions between the current administration and members of the last government, now in opposition.

Georgia’s relations with Russia, which is hosting the games, have been frosty for a decade and took a turn for the worse in August 2008, when diplomatic ties were cut after the two countries fought a brief war over South Ossetia. After stationing troops there, Moscow swiftly recognised both South Ossetia and Abkhazia as independent states. Georgia, like most members of the international community, regards both places as part of its territory.

The last government, made up of allies of President Mikheil Saakashvili, planned to stay away from the Winter Olympics. But they were defeated in the October 2012 parliamentary election and replaced by the Georgian Dream coalition led by Bidzina Ivanishvili, who is now prime minister.

Saakashvili is due to stand down later this month but has already been stripped of much of his effective authority.

Since coming to power, Ivanishvili has emphasised the need to restore relations with Moscow. As part of this policy, he decided in May that the Georgian team would after all go to Sochi.

The decision provoked a strong counter-reaction. More than 6,000 people signed a petition calling for a boycott of the games. The two NGOs that started the petition – Fair Elections and Transparency International-Georgia – said it it was the only appropriate response to Russia’s refusal to withdraw its forces from Abkhazia.

Sochi, the main venue for the Winter Olympics, is located a few kilometres from Abkhazia, where the Russian military is deployed to bolster the local administration.

There was further controversy this month when Russian air force pilot Ivan Nechaev, who bombed Georgian territory during the 2008 war, was shown carrying the Olympic torch. TV programmes singled out the pilot among the 14,000 torchbearers, in a move that appeared calculated to infuriate Georgians.

The Georgian government issued a statement hinting that the decision to take part might have to be reviewed. It said the national Olympic committee would monitor Russia’s actions.

“If it decides the games are becoming excessively politicised and are being deliberately used against Georgia, then the appropriate decision will be taken,” the statement said.

The portrayal of Nechaev as a hero worthy of carrying the Olympic flame has only added to the sense that Georgia is being put upon. Russian troops in South Ossetia have been fencing off areas that push the boundaries further into Georgia than before. Ivanishvili’s government appears reluctant to respond. (See Unfriendly Advances in Georgia.)

“It would be immoral given the people who lost their homes as a result of ethnic cleansing in 2008, and also those killed by a man who is now a torchbearer,” opposition parliamentarian Nugzar Tsiklauri told IWPR.

In a statement, Saakashvili predicted that the Russians would allow the Abkhazian and South Ossetian flags to fly during the Games, thus placing Georgian athletes in a difficult position.

“They will have this great opportunity to humiliate us. Don’t you think Putin will use it?” he asked.

Paata Zakareishvili, the minister tasked with reintegration – in other words efforts to bring Abkhazia and South Ossetia back under Tbilisi’s control – said a boycott was possible, but was not something he would condone.

“One torchbearer out of 14,000 cannot be the reason for a boycott,” Zakareishvili said in a televised interview. “We have stated that despite the war, the occupation, and the recognition of the breakaway republics, we in the new government are seeking a new relationship with Russia. It’s a difficult ethical decision for us, but we do intend to go to the Olympics.”

Giorgi Volski, who speaks for the Georgian Dream majority in parliament, said 80 per cent of the population wanted ties with Russia to be restored.

“We must be responsible and do what we promised people – normalise relations with Russia. That’s why we are taking part in the Olympics, and it’s why a boycott would be irresponsible,” he told IWPR.

Other government figures point that a boycott would leave Georgia isolated because no other country has opted out of the games, whatever their diplomatic differences with the Kremlin.

Sofo Bukia is an IWPR-trained journalist who works for the Rustavi-2 broadcasting company in Georgia.