Once a key economic driver, the sector has been hard hit by Covid-19 and political turbulence.

Once a key economic driver, the sector has been hard hit by Covid-19 and political turbulence. 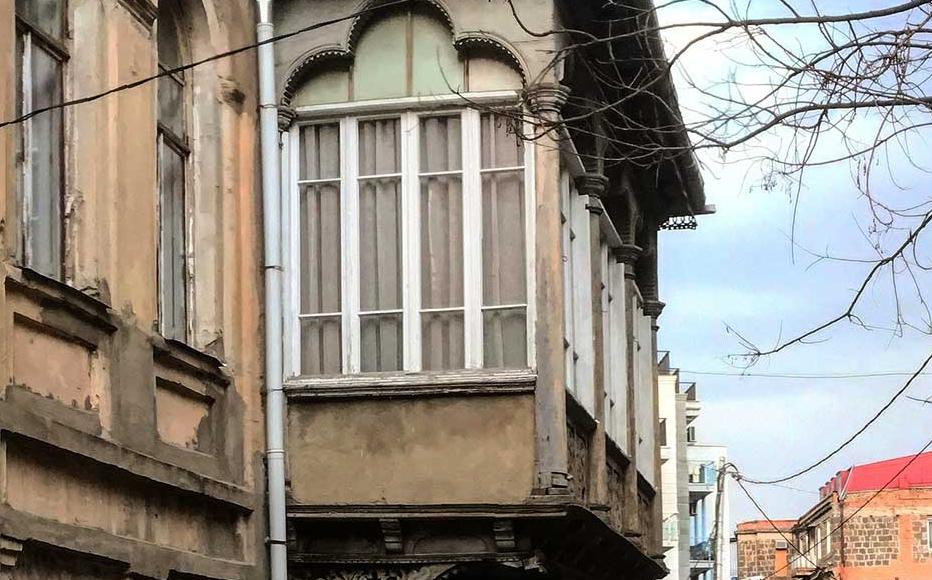 A street in the Sololaki District of Tbilisi, one of the most popular areas for tourists visiting Georgia © Beka Bajelidze/IWPR
The link has been copied

Gvantsa Guliashvili has been renting out her Tbilisi apartment, located in a historic building and within walking distance of the central Freedom Square, on Airbnb since 2017.

In 2019, a record year for Georgia with five million tourists visiting - seven per cent higher than in 2018 – Guliashvili’s small business was operating at full capacity.

But in March 2020, when the country was closed due to Covid-19 restrictions, Guliashvili had to stop renting out the property.

And although she began listing it again in May this year after restrictions were eased, business is far from booming, despite having slashed the rental price twice.

“Tourists have started to appear in Tbilisi since April but I cannot say that my business resumed at full capacity,” Guliashvili said.  “If my apartment is rented out at least 20 days a month, it is a good result, and mainly because I have reduced the price for rent twice. In 2019, I was renting it for 63 dollars a day, but I had to cut the price to 34 dollars, while my expenses increased - the utility bills and the hygiene items I provide my guests with have become more expensive.”

The Georgian government has publicly celebrated what they claim to be a rapidly recovering economy and tourism sector, with official figures showing that 231,000 foreign tourists entered the country from January to July 2021. This produced 122 million US dollars in tourism revenue, the highest figure since the pandemic began.

“I am absolutely sure that tourism will recover in Georgia faster than we initially expected with pessimistic forecasts,” Natia Turnava, the minister of economy and sustainable development, announced during a recent press conference. “I believe that the recovery will be more than 30 per cent, it might be even up to 50 per cent. Of course, a lot depends on the global pandemic, but vaccination has already started, the attitude is positive and we see that large groups from different countries are already visiting us.”

However, those employed in tourism do not share this optimism, arguing that the challenges of Covid-19 along with political and social turmoil continue to pose major obstacles for a sector that employs nearly 170,000 people.

In 2019, revenues from international tourism accounted for 3.3 billion US dollars, 8.1 per cent of the country’s GDP. Due to the pandemic, this amount fell to 541 million dollars by the end of 2020, almost six times less than the previous year.

Restaurateur Meriko Gubeladze owns two restaurants in Tbilisi - Black Lion and Leila, both popular with tourists and locals alike. Along with all other such establishments, they were forced to close at the end of November 2020 due to pandemic related regulations. Cafes and restaurants were allowed to serve customers indoors only on March 8, 2021 after extensive protests by business owners.

Although Gubeladze is happy that both her restaurants are back up and running, she says that they are nowhere near pre-pandemic levels of capacity and income.

“Many cafes and restaurants could not survive the restrictions and were shut. We survived,” she continued. “The fact that we have a courtyard helped us. The demand for open space is huge. The majority of our guests are foreigners. We lack local customers. Their paying capacity has reduced too. If before the pandemic the average bill for the Georgian table was GEL 150 (50 dollars), now it is GEL 75 (25 dollars).”

Others warn that the events of July 5-6, in which violent far-right mobs opposing Tbilisi Pride assaulted over 50 journalists along with a Polish tourist with long hair and earrings, have also deterred foreigners from visiting.

“Many canceled their reservations after the events of July 5 and 6,” Guliashvili said. “They wrote to me saying that they really wanted to come to Georgia, but did not want to have problems because of their appearance or sexual orientation. Many foreign tourists believe that Georgia is not a safe country for them and this is the most damaging factor.”

Zurab Bauzhadze, who is from Adjara and has worked as a tourist guide for 11 years, also said that his business had been seriously affected by the July violence.

“After the events of July 5-6, four tourist groups canceled their tour,” he continued. “Security is a key factor for many tourists. So far, we have tourists mainly from Kyrgyzstan, Ukraine and Belarus.”

The situation is further complicated by the worsening health crisis.  Georgia is currently fighting its fourth wave of coronavirus and has one of the worst per capita caseloads in the world with more than 5,000 cases reported daily and only 5.6 per cent of the population fully vaccinated.

“I must agree with the government: June and July were good months for Georgian tourism. Tourists came from the United Arab Emirates, Israel, Kazakstan and other countries,” said Shalva Alaverdashvili, the founder of the Federation of Hotels and Restaurants. “But since July 28, the tourists have disappeared, and no one has arrived. Will you go to a country which is in the Red Zone?”

On August 8, Great Britain included Georgia on its list of red countries. Israel, whose nationals are high-spenders among the tourists visiting Georgia, banned its citizens from visiting because of the epidemiological situation.

Irakli Tavartkiladze, the founder of the travel company Ajara Tour, believes that the effect of Israel’s ban will be severe. He said that 70-80 per cent of the bookings in almost all five-star hotels in the Black Sea resort town of Batumi were made by Israeli tourists.

“Flights and hotel reservations have been canceled until August 16, and the reopening of flights depends on the current situation in Georgia. Currently visitors are from Ukraine, Kazakstan, Belarus and Turkey. Charter flights from Lithuania and Estonia to Batumi were launched on August 2 but if the EU declares us a red zone country and cancels these flights, it will be a disaster for the region,” Tavartkiladze concluded.

For Gubeladze, vaccination rates were crucial to the survival of the sector.

“Vaccination is a precondition for the survival of tourism and business,” she said. “The country will not be able to recover without international visitors and foreign tourists who want a Covid-free environment. Eighty per cent of the staff at my restaurants are vaccinated; the rest will be vaccinated soon. It was not easy to convince them to get the jabs, but we did it.

Gubeladze added that she blamed the government for a lack of leadership over the Covid-19 crisis.

“Due to bans and restrictions, the hospitality industry has almost collapsed once,” she continued. “We are recovering slowly. It is hard to predict anything because the government did not purchase the vaccines in time and failed to conduct a pro-vaccine campaign. We do not know what to expect and this uncertainty creates additional problems.”

“It is impossible to predict the future,” Bauzhadze agreed. “A lot depends on both the political and epidemic situation in the country. The unpredictability hampers the development of the tourism sector.”