Georgia: Strangers in Their Own Land

What was meant as temporary refuge has become home to people who fled Abkhazia two decades ago.

Georgia: Strangers in Their Own Land

What was meant as temporary refuge has become home to people who fled Abkhazia two decades ago. 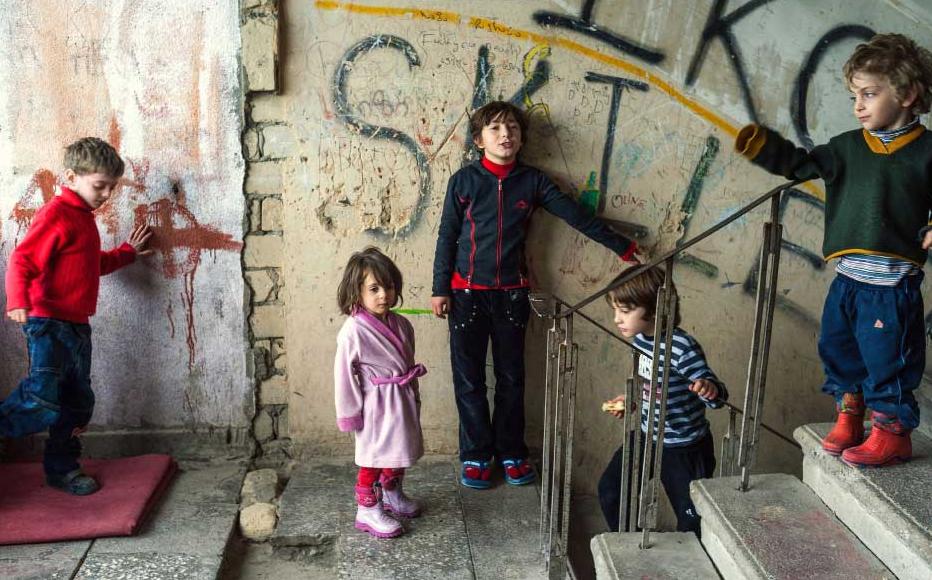 Children play on the stairs in the Bagebi dormitory; they have no other place to go. © Mark Rafaelov 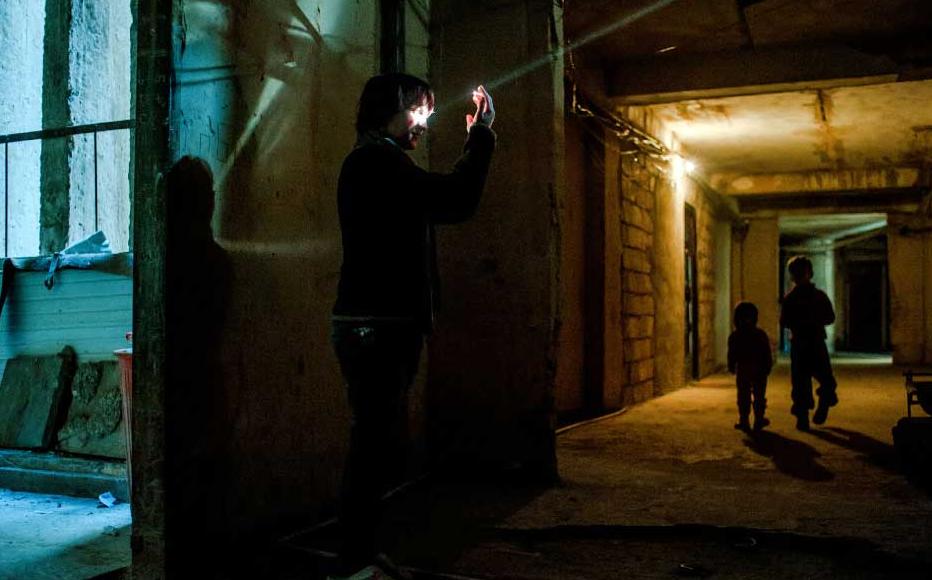 Two decades on, housing that was meant to be temporary is decrepit and unlit. © Mark Rafaelov 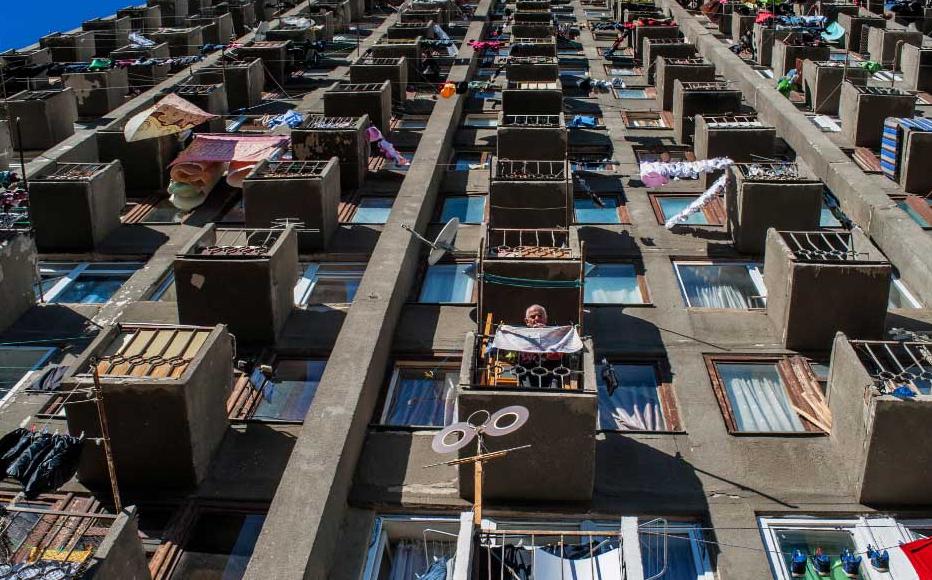 Outside view of one of the two blocks that make up the Bagebi settlement. © Mark Rafaelov 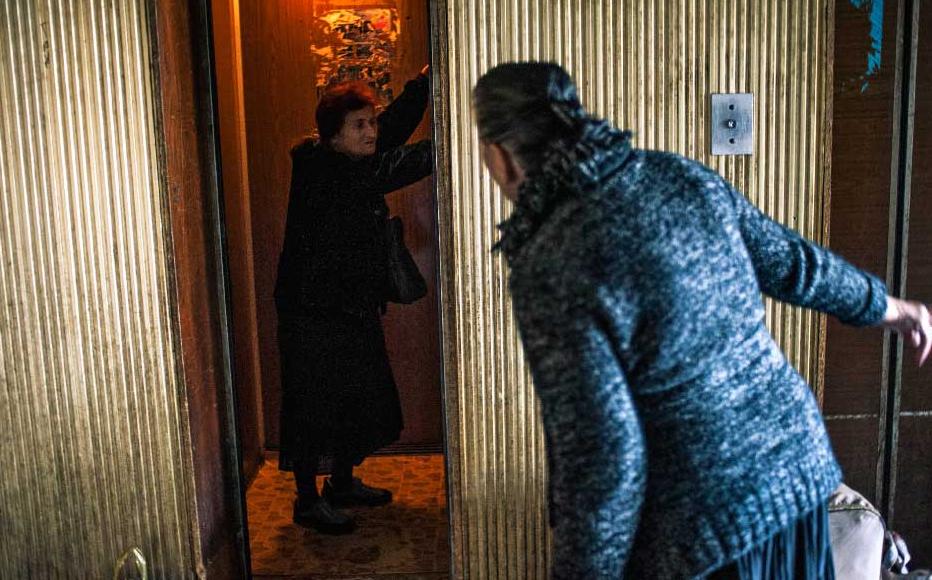 Pensioner Bela Shelia asks a neighbour to wait so that they can use the lift together and save money. Residents pay to use the elevator here. © Mark Rafaelov 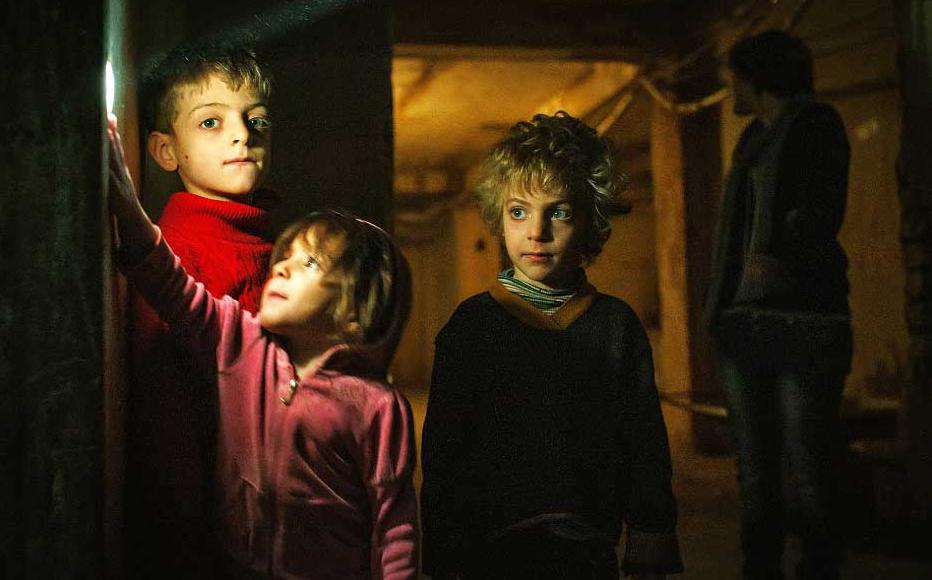 Rezo, Lika and Beka in a ray of light in the otherwise dark hallway. © Mark Rafaelov 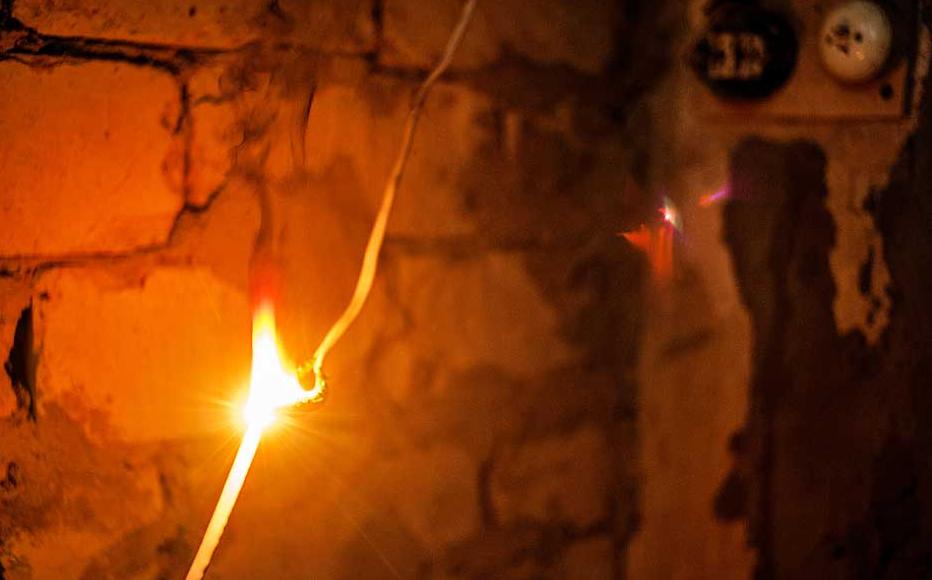 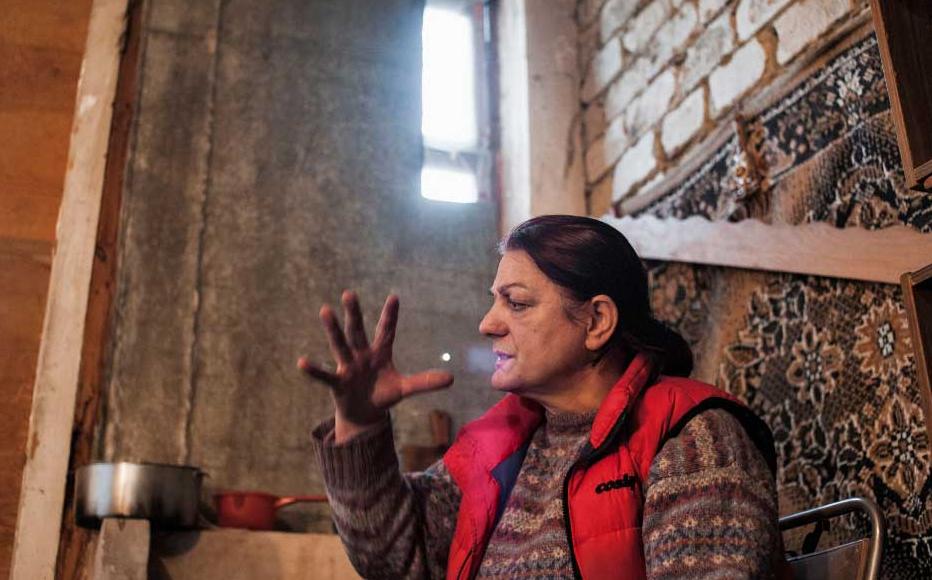 Leyla Tibua talks about the money troubles she has had after falling for financial scam. © Mark Rafaelov 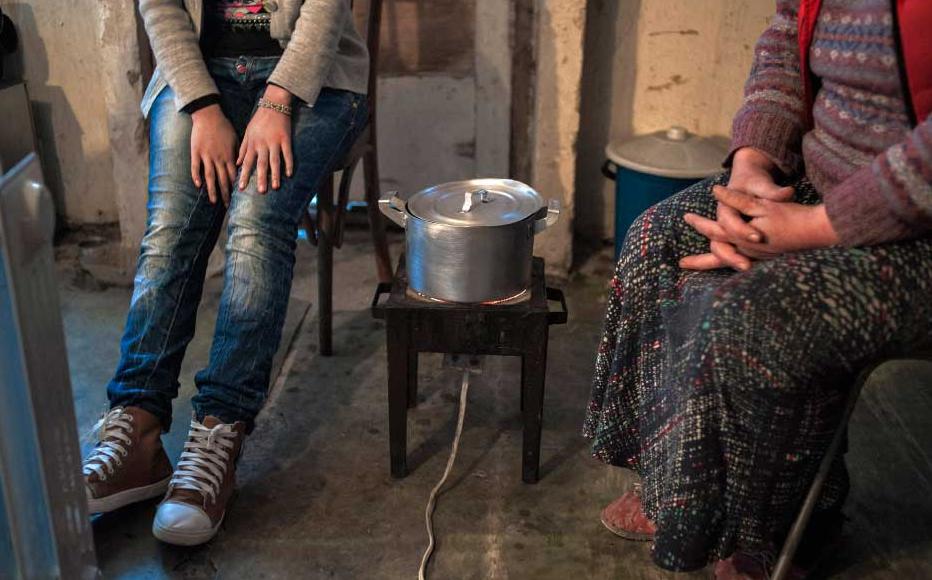 Leyla Tibua (left) and her daughter Sesili wait for dinner to cook on an electric stove. © Mark Rafaelov 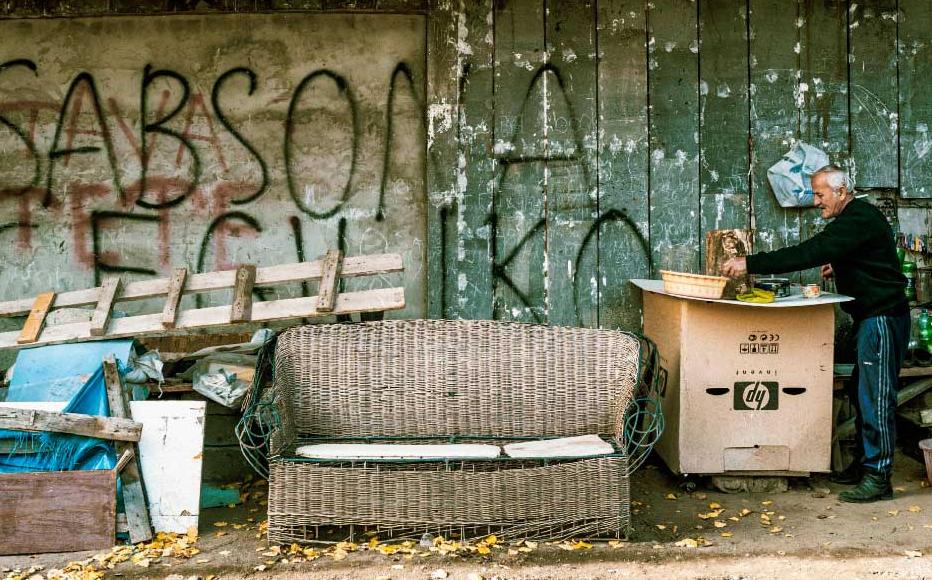 Temo Adeishvili makes handicrafts and has found a spot outside where he can escape the overcrowded housing. © Mark Rafaelov 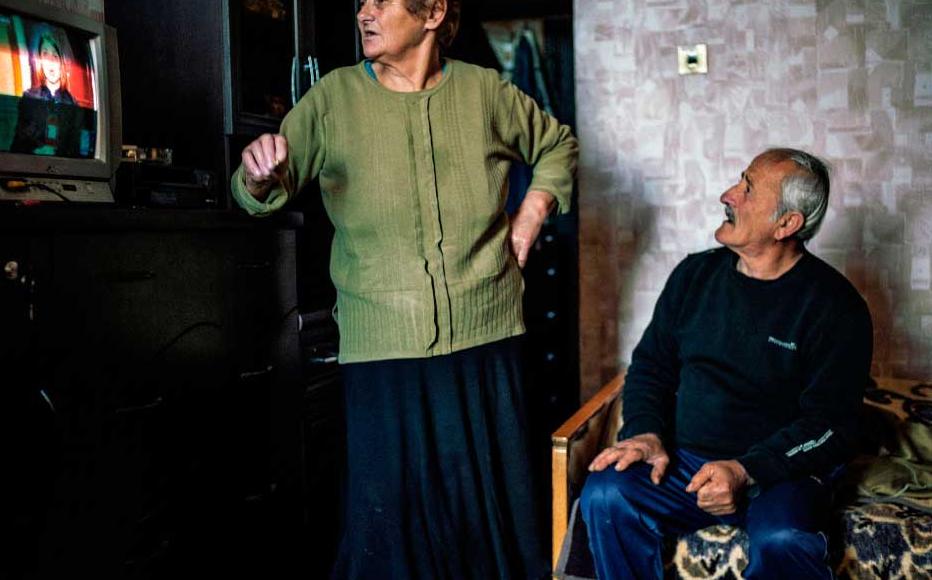 Lana Adeishvili and her husband Temo argue about the TV news. © Mark Rafaelov 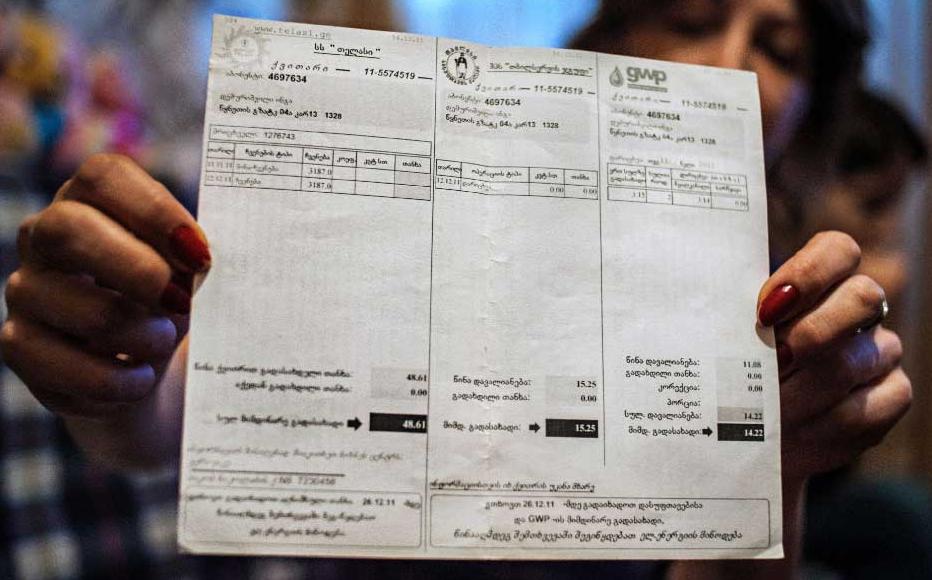 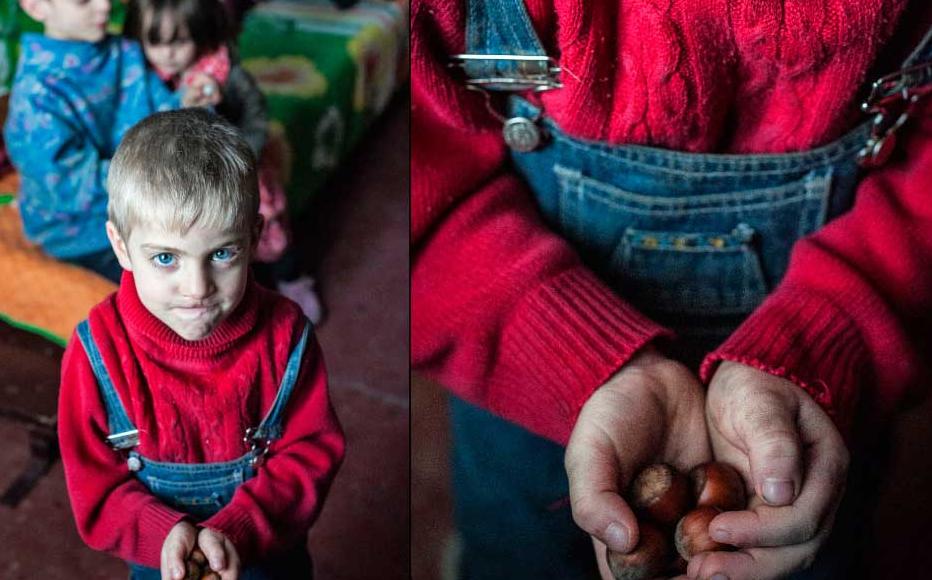 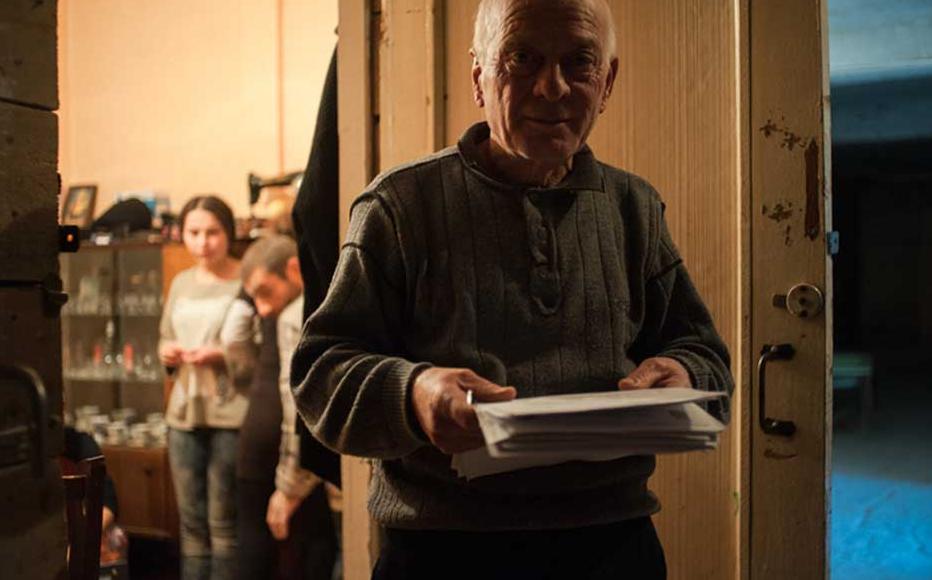 Anatoly Buliskeria in front of a room he built in an abandoned lift shaft. © Mark Rafaelov 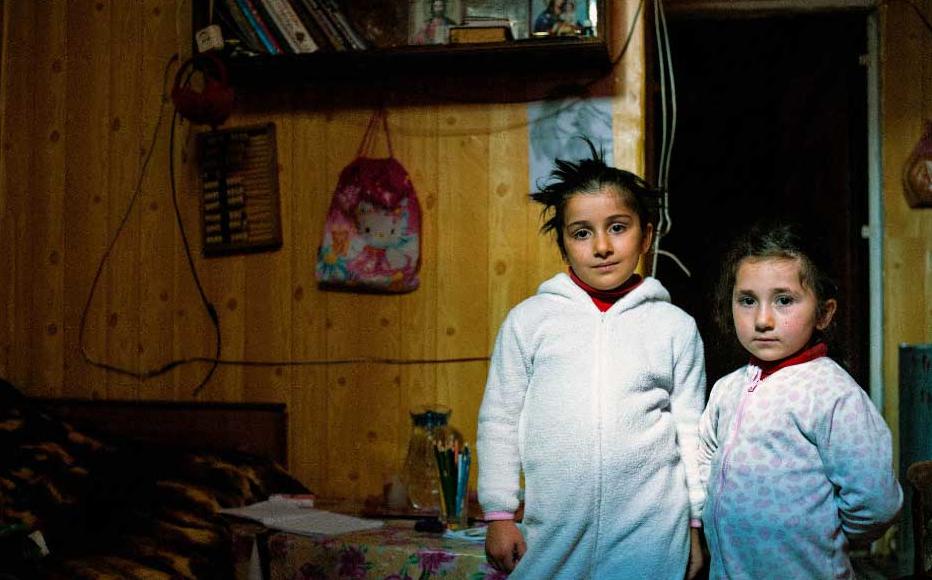 Beka, Lika and Reziko live with their mother in a 20 square-metre room. © Mark Rafaelov 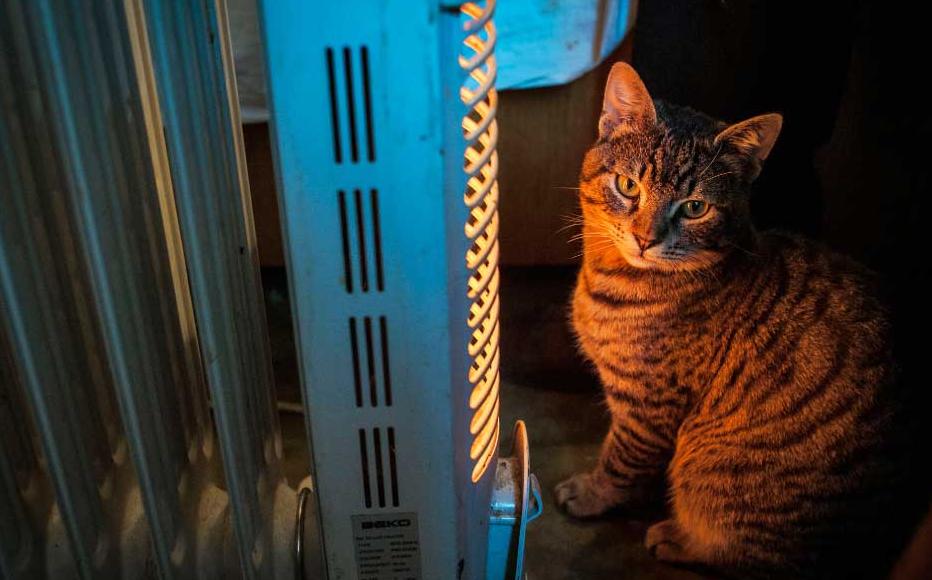 Gumburidze’s cat sits by an electric heater – the rooms here are cold and draughty. © Mark Rafaelov 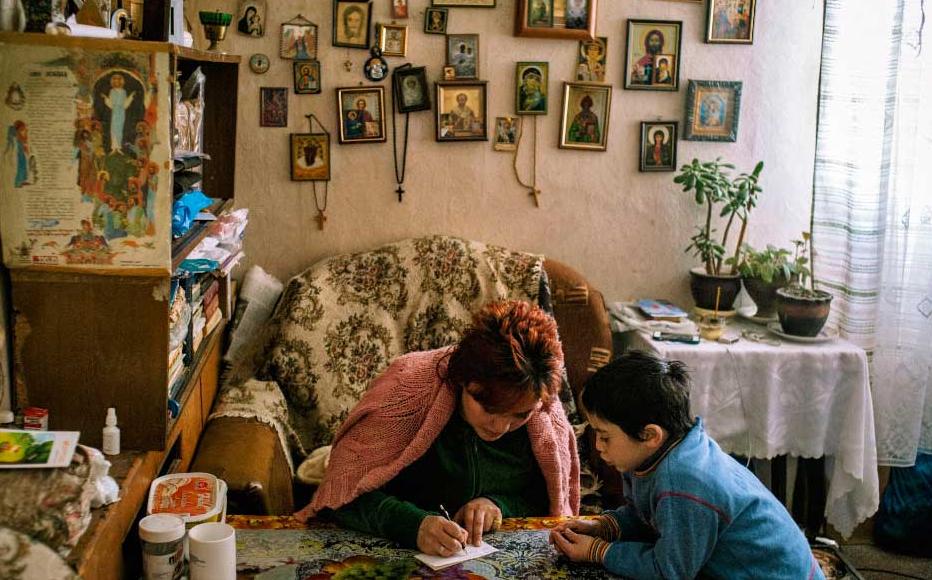 Khatuna Kviria and her son Kakha prepare a shopping list for the week. © Mark Rafaelov 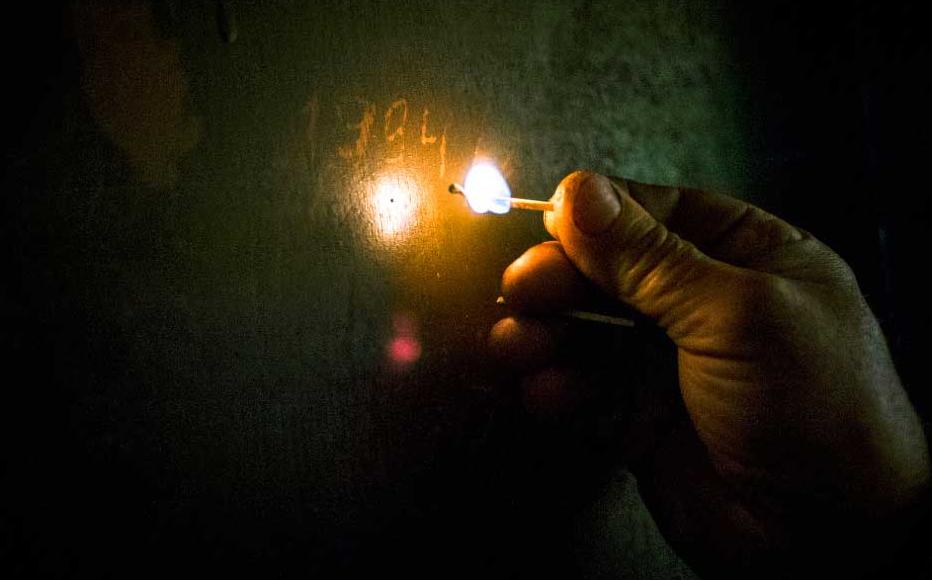 The date 1994 scratched on this wall marks the year the residents arrived from Abkhazia. © Mark Rafaelov 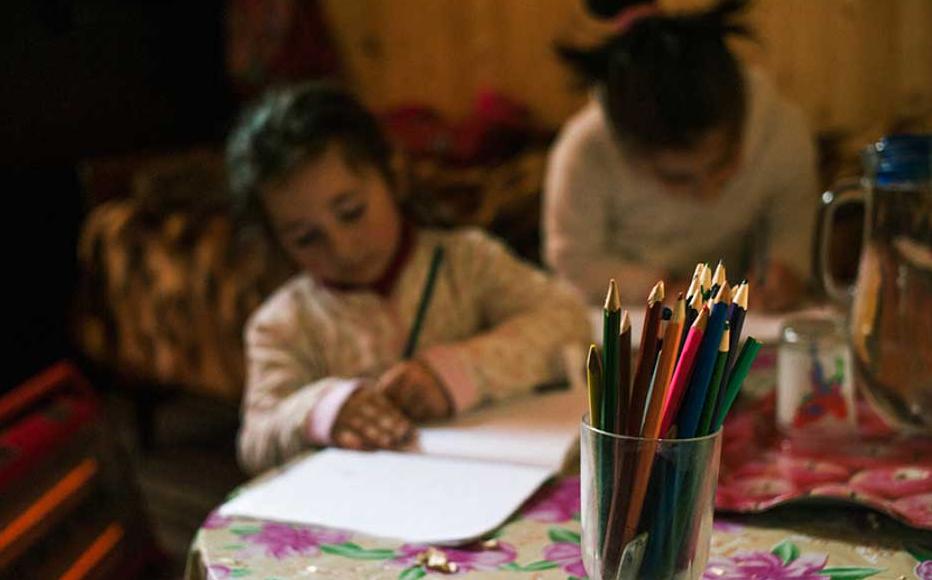 Sisters Nuki and Anna sit near a heater. © Mark Rafaelov 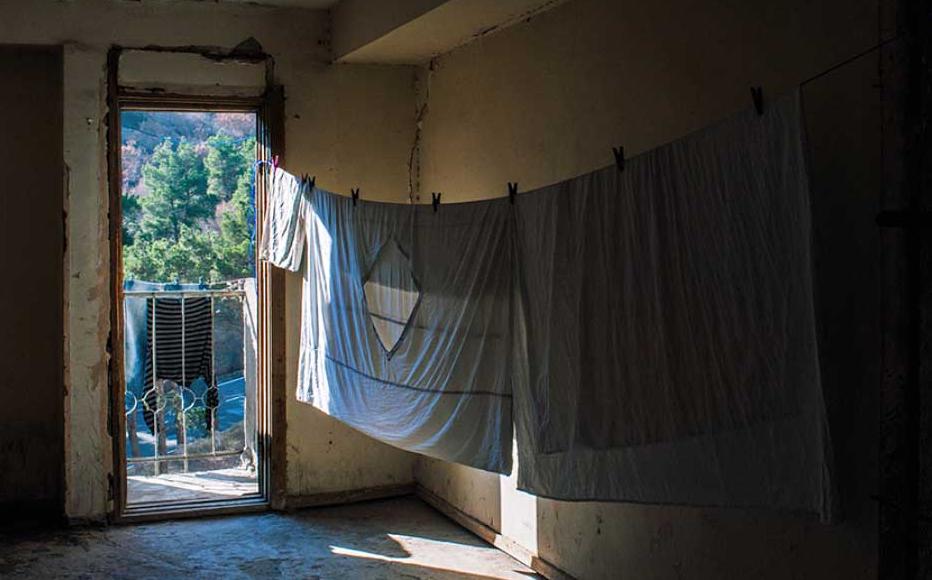 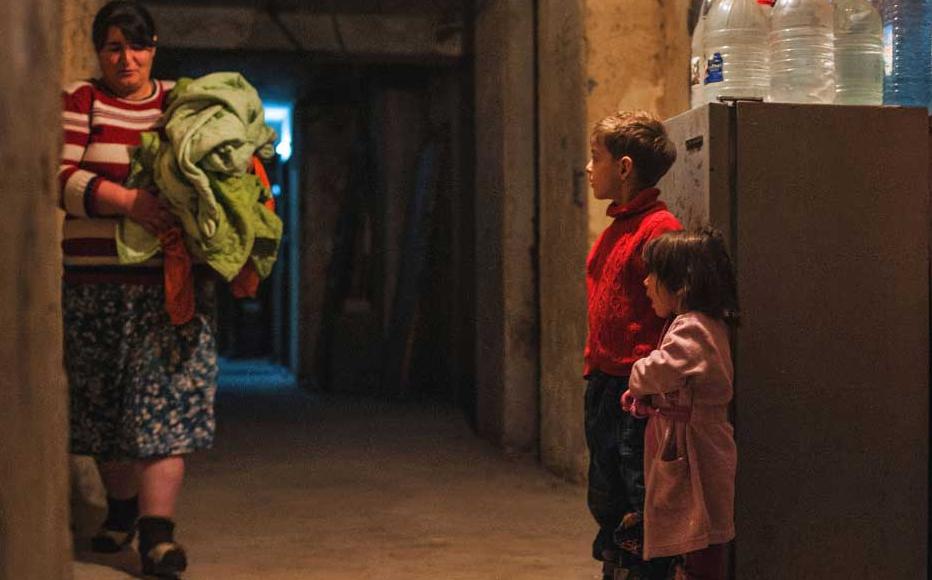 Rezo and Lika watch their mother as she brings in dry laundry. © Mark Rafaelov 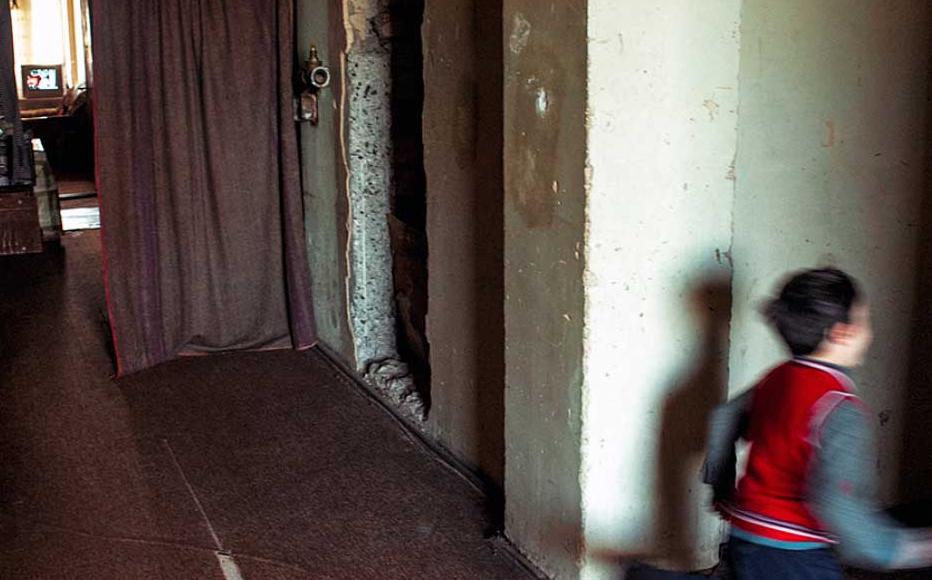 Seven-year-old Kakha charges down the corridor to warm up. © Mark Rafaelov 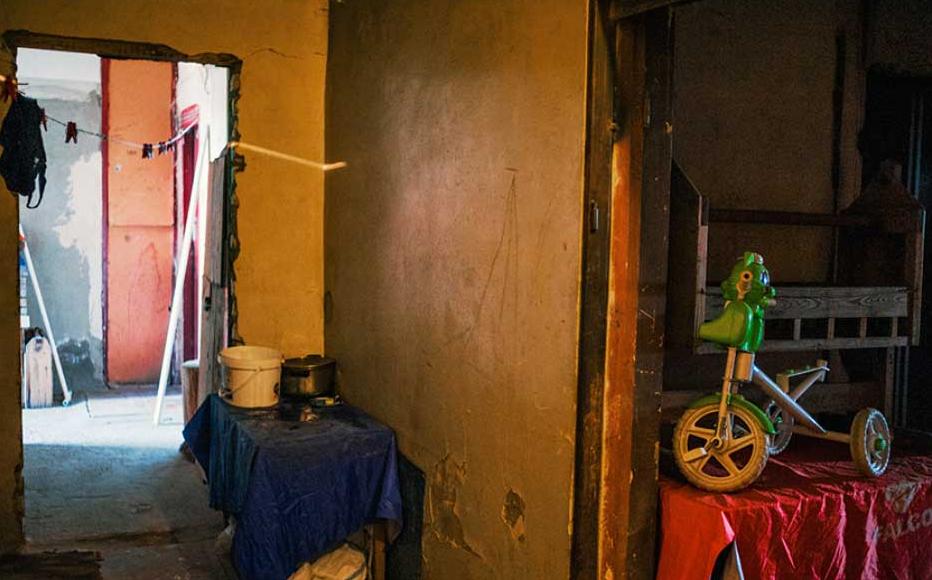 Family possessions spill over into the corridors. © Mark Rafaelov
The link has been copied

Many Georgians displaced by the war in Abkhazia in the early 1990s are still living in hostel accommodation that was meant to be temporary.

With no prospect of a peace settlement that would allow them to go back home, these internally displaced people (IDPs) are stuck in a kind of limbo.

This year marks the 20th anniversary of the end of the conflict. No progress on a peace settlement has been made, and the two sides remain far apart. The Abkhaz administration claims independent status – recognised by Russia since 2008 – while Tbilisi insists that the breakaway entity must come back under central control.

These pictures show life in the Bagebi and Amirani settlements on the outskirts of Tbilisi, a city that is home to an estimated 30,000 IDPs from Abkhazia.

According to the photographer who took these pictures, Mark Rafaelov, “They have been forgotten, they aren't wanted by anyone, they are strangers in their own land.”

The Amirani hotel has been home to IDPs for the last two decades. The housing blocks in Bagebi were originally student hostels. IDPs moved there in 1994. Bagebi is located on the western fringes of the capital, and it is surrounded by building sites abandoned since Soviet times and by fast-expanding cemeteries.

Conditions are poor and the buildings are crumbling. Often an entire family lives in one room, and new generations have grown up knowing no other life. Water has to be brought in buckets as the mains supply was cut off when no one paid the bills.

The displaced people have refugee status, but the benefits they get are limited.

See also Housing Hopes Dim for Georgia's Refugees and this film on IDPs living in Tbilisi, Home from Home.

All photographs by Mark Rafaelov. Born in Baku, Mark is a freelance photographer traveling across the Caucasus, mainly in Georgia and Azerbaijan.