Little doubt that violence was orchestrated, but identity of masterminds still unclear.

Little doubt that violence was orchestrated, but identity of masterminds still unclear. 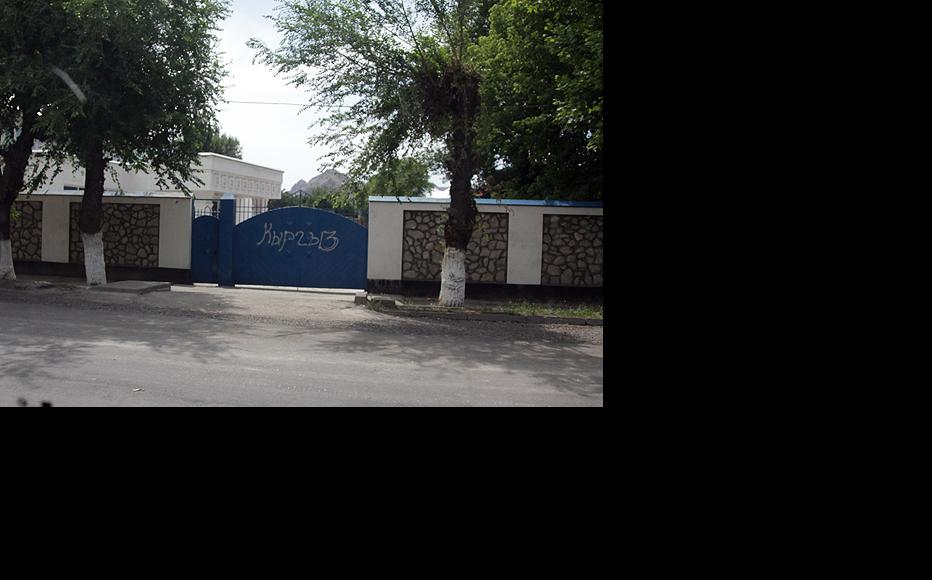 Who prompted ethnic hostility to reach a point where people painted “Kyrgyz” on their gates to save buildings from arson? (Photo: Inga Sikorskaya)
The link has been copied

It is now commonly accepted that the recent ethnic violence in southern Kyrgyzstan was orchestrated by forces seeking to ignite tensions between the Kyrgyz and Uzbek communities. What remains unclear is who those forces were, and why they planned and organised the worst killings Kyrgyzstan has seen in two decades.

In a sensational announcement on June 24, Kyrgyzstan’s State Service for National Security, GSNB, said it had intelligence that a combination of these groups was involved. Bakiev family members had engaged guerrillas from the banned Islamic Movement of Uzbekistan, IMU, to create trouble, and ethnic Uzbek community leaders in southern Kyrgyzstan also played a part, the security agency said.

But while anecdotal accounts have been produced to support the various versions of events, each raises as many questions as it answers, and there is little hard evidence behind all the allegations.

As armed men roamed the streets of Osh and Jalalabad for several days following June 11, there were widespread killings and an estimated 400,000 fled, the majority of them ethnic Uzbeks. The Kyrgyz health ministry says around 290 people were killed.

Many eyewitnesses, victims and experts are certain there is a lot more to the violence than a spontaneous explosion of ethnic rivalries that had been simmering under the surface.

“Everything that has happened in the south was political provocation,” said political analyst Marat Kazakpaev. “Of course there’s no denying there were some tensions between Uzbeks and Kyrgyz, but not to the degree where they’d starting killing one another.”

As Tashpulat, a local Uzbek man put it, “You need a lot of money and influence to get Kyrgyz and Uzbek in Osh to start killing each other.”

Witnesses say those visible on the streets – armed men on foot, in vehicles, and manning impromptu checkpoints – showed a degree of organisation that indicated they were not an uncontrolled mob. The men were commonly said to be from outside town, though this description varied between rural Kyrgyz and foreign nationals.

One Osh resident, who refused to give his name, said he saw carloads of masked men driving through the area where he lives and calling for Kyrgyz to be killed. Similar vehicles came through later, and this time their occupants were calling for attacks on Uzbeks. “I am sure this was deliberate provocation,” he concluded.

IWPR editor Inga Sikorskaya was in Osh during the worst of the violence, and saw many signs of careful planning and organisation. Armed men on the street received deliveries of food, while those in vehicles were heading off to specific areas to take part in what looked like a coordinated schedule of attacks.

“This was organised very carefully. Pre-arranged local incidents took place in one district, then another,” she said in an eyewitness account.

Describing the men involved, she said. “They couldn’t have been ordinary people who had only just taken up arms. They fired like professionals. It looked like these guys knew exactly what they were doing, and that someone was directing them. Many were constantly on their mobile phones, then getting into their cars and going off.”

Another disconcerting factor was that everyone Sikorskaya spoke to in preceding days was already aware there was going to be serious trouble in the city.

“Everyone knew about it, everyone was expecting it, but it seems no one tried to stop it,” she said.

Sharobiddin, a businessman in Osh, agreed that the violence looked staged.

“As a former soldier, I know that major operations require a lot of planning time,” he said. “Someone had been planning these murders and riots for a long time.”

Kubatbek Baibolov, appointed security commander for Jalalabad region, told IWPR that at least 30 individuals suspected of inciting the violence had been arrested.

“There were mercenaries, and there were paid local provocateurs who were paid on both the Kyrgyz and the Uzbek sides,” he said.

The United Nations’ human rights body was swift to issue a statement saying the unrest looked planned and coordinated.

“We have strong indications that this event was not a spontaneous inter-ethnic clash, that it was to some degree orchestrated, targeted and well planned,” said Rupert Colville spokesperson for the UN High Commissioner for Human Rights, on June 15, “The incident began with five simultaneous attacks in Osh involving men wearing balaclavas and carrying guns. It looked like they were seeking to provoke a reaction. For example, one of these attacks was on a gym which was known to be the haunt of a criminal gang… targeting that gym was likely to provoke a reaction.”

FROM KYRGYZ POLITICIANS TO UZBEK ISLAMISTS

If the footsoldiers were organised, the big question is who directed them.

One widely-held theory blames associates of ex-president Bakiev for stirring up the unrest. Since coming to power in April, Kyrgyzstan’s interim leadership has faced a series of security challenges, and in each case has detected the hand of Bakiev’s group.

There some logic to such allegations – the sudden removal from power of the ruling elite, as local as well as national level, undoubtedly created a lot of resentment, as the loss of political power would cut off access to economic resources as well. The ousted leadership would thus have many reasons to try to make a comeback by undermining the country’s new leaders.

However, the Kyrgyz security service has gone much further than that, alleging that members of the Bakiev family hired Islamic militants abroad to stir up violence in southern Kyrgyzstan.

In the June 24 statement , GSNB chief Keneshbek Dushebaev said the former president’s son Maxim Bakiev met IMU representatives in Dubai in April. Two Bakiev family members then concluded a final deal at a gathering in May of the IMU, their Taleban allies, and remnants of the guerrillas that fought in Tajikistan’s 1992-97 civil war. The Bakiev family agreed to pay the IMU 30 million US dollars to act as mercenaries, he said.

The IMU emerged from Islamists active in the Uzbek city of Namangan in the early Nineties; they shifted to Tajikistan and later Afghanistan and mounted raids into Uzbekistan and Kyrgyzstan in 1999 and 2000.

Dushebaev’s statement then said 15 trained insurgents were dispatched to southern Kyrgyzstan in May, but these were not from the IMU but a distinct splinter group, the Islamic Jihad Union. It is not clear whether this is what the alleged 30 million dollar payment was for.

Analysts in Kyrgyzstan point out that the statement begs a number of questions.

Small groups of armed Islamic radicals have been a recurring problem in Central Asia in recent years, and the IMU was at one point capable of concerted attacks in the region. But since the group’s stated agenda is to do away with all secular governments, it is not clear why it would back one elite group against another. Nor, for that matter, is it clear why the Bakievs would invite in a force whose ultimate aim is to eliminate elite establishment figures like them.

Finally, despite the resurgence of Islamic sentiment in southern Kyrgyzstan, IWPR has not come across any evidence of an overtly religious motive to the clashes in southern Kyrgyzstan – for example, men employing the dress and rhetoric of Islamic militants. The IMU itself, while mainly Uzbek in origin, does not express hostility to other Muslim ethnic groups.

Such discrepancies lead experts like Kadyr Malikov, head of the Religion, Law and Politics Centre in Bishkek, to question the new official version of events.

“I do not think the IMU took part in the disturbances in the south,” he said. “As an expert in this area, I can state with 100 per cent certainty that this goes against the IMU’s ideology. It would be unacceptable for the IMU to incite conflict between two Muslim nations.”

Orozbek Moldaliev, director of the Sedep think tank in Bishkek, said the security agency had produced no actual evidence to back its claims.

“The IMU does not seek to incite ethnic conflicts; its ideal is the creation of an Islamic state,” he said. “If the IMU had organised these disturbances, there would have been slogans referring to the Caliphate, and it would have tried to seize power at least in the south.”

The Kyrgyz security service also accused some local leaders of the Uzbek community of collaborating with both Bakiev supporters and the IMU.

Noting that they had previously campaigned for greater political rights and higher status for the Uzbek language, the agency said that “to further their political demands, they teamed up with terrorists and pro-Bakiev forces”.

Once again, in the absence of evidence, this does not seem to make much sense. Uzbeks make up a sizeable proportion of the population of southern Kyrgyzstan and hold considerable economic power, but felt particularly shut out from political representation under Bakiev. This led community leaders to hail the interim government that replaced him, and this in turn appears to have sparked attempts by Bakiev associates to vilify them and turn local Kyrgyz opinion against them.

Finally, if the prime movers of the violence are supposed to have been Uzbeks from the IMU and local elites, why was the Uzbek community of southern Kyrgyzstan so undeniably the losing side in terms of homes burnt and people displaced?

At the same time, Malikov and Moldaliev both conceded that if mercenaries were used, they could have been members of the IMU or some other group, now operating as independent hired guns.

Leonid Bondarets, a security expert in Bishkek, agreed with Malikov that there were a host of forces with a potential interest in creating instability – organised crime groups, including those from the lucrative heroin trafficking trade, and politicians of various stripes.

Baibolov, the security chief in Jalalabad, said Bakiev associates were among the likely culprits, but were by no means the only political forces that might be out for trouble. There were also disaffected groups within the interim government, and political factions belonging to neither side looking to make inroads amid the chaos.

Akmal, an Uzbek businessman from Osh, said he was now convinced that the chaos was caused “not by nationalists, not even by pro-Bakiev forces, but a range of gangster groups”.

He based his view on the rise in kidnappings. One of his friends paid 500 dollars to secure the release of a female relative, while one of Akmal’s own relatives was still missing, as the kidnappers had not been in contact even though the ransom had been gathered.

He himself suffered assault and the theft of his phone from one of a series of groups of angry young Kyrgyz he encountered as he made his way through Osh. They seemed to be organised, each with an unmarked vehicle, and waiting to prey on passers-by. While he was being attacked, he said, a nearby policeman hailed a passing taxi and fled.