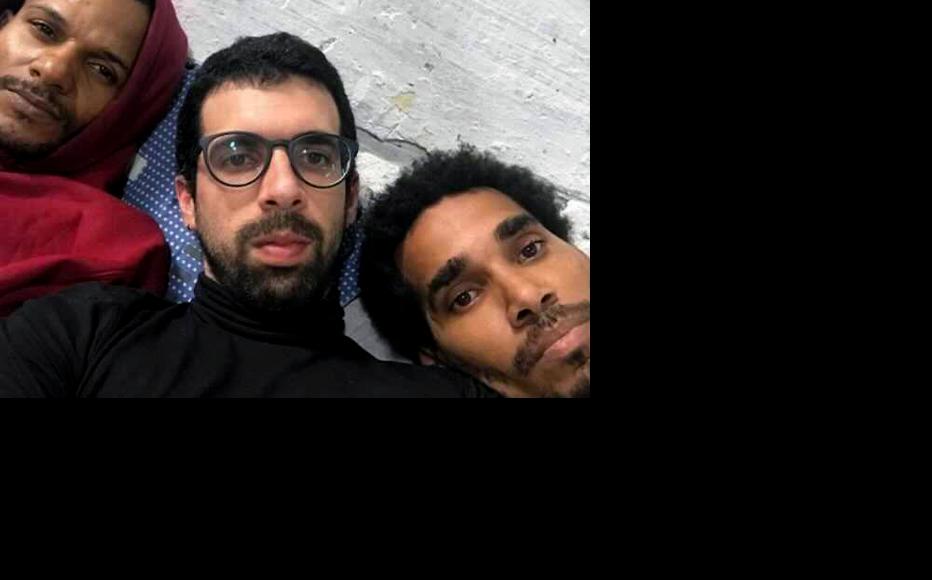 Carlos Manuel Álvarez. (Photo taken from his Facebook page)
The link has been copied

The Cuban government’s attacks against freedom of expression in the media have been unceasing and merciless. And in recent years, they have been attempting to extend their iron grip to all aspects of the world of artistic expression, too.

In 2018 the government approved Decree 349, prohibiting all artistic expression unless it had been authorised by the ministry of culture or other state bodies.

Artists would need to register with an official institution that, in turn, would grant them permission to express their talent and market their work.

It was rejected by well-known Cuban artists including Tania Briguera, José Ángel Toirac and Luis Manuel Otero Alcántara, who argued that it aimed to curtail freedom of expression.

The government insisted that the decree's purpose was to defend Cuban culture from “the trend of globalisation and its national mimics”.

In response to the proposed 2018 law, a group of artists came together to create the San Isidro Movement against Decree 349, naming themselves after a poor Havana neighbourhood with a thriving art scene.

This initiative aimed “to promote, protect, and defend full freedom of expression, association, creation, and dissemination of Cuban art and culture”.

Due to international protests, the government did not execute the decree. Instead, officials told the UN that it would issue regulations after consulting with Cuban artists.

In reality, the decree lit a fuse that exploded on November 7 this year.

On that day, a policeman entered the home of 32-year old rapper Denis Solís and San Isidro member, presumably to harass him.

“Who gave you permission to enter?” the rapper asked the police agent, in an exchange broadcast live via his social media channels.

The policeman, who had no warrant to enter the premises, refused to leave the house.

Solís – with the irreverence he has become known for in his musical work - called him “a penco (coward) in a uniform” before being arrested and taken away.

The San Isidro Movement immediately mobilised to start a frantic search for him. A group of artists gathered in front of the police station to demand information on the rapper's whereabouts and call for his prompt release. They, too, were arrested and briefly detained. After their release, they returned to continue protesting.

Despite these concerted protests, it took more than a week for the authorities to finally reveal Solís’ fate. According to media reports, within 48 hours of his arrest he had been charged with contempt and resisting police authority and convicted to eight months in prison. During the proceedings, he was denied the right to a defence lawyer.

Solís was subsequently sent to Valle Grande, Havana’s most dreaded prison, known for multiple cases of abuse and mistreatment.

The San Isidro Movement decided to continue their protest, barricading themselves in their headquarters an act of resistance and open challenge to the authorities.

The regime banned the artists’ friends and relatives from providing them with any supplies, and prevented representatives from the diplomatic corps to evaluate their condition.

So artists Otero Alcántara, Maykel Osorbo and others began a hunger strike, calling for Solís to at least be released to house arrest.

But the government refused to compromise. Matters came to a head on November 26 at around eight o’clock at night, when several journalists reported that the state telecom company Etecsa had blocked access to social media networks. Shortly after, security agents forcibly entered the San Isidro headquarters and seized the protestors.

They were taken into custody before being freed the next morning. Undeterred, they have vowed to keep on fighting for their friend’s release.

In response to protests outside the ministry of culture offices on Friday, officials promised to review Solis’s case and allow independent artists work freely in the future.

However, just hours later, state television broadcast character assassinations of some San Isidro members, linking them to the US which they accused of  “grave interference in Cuba internal affairs”.

This last month has been a dark one for freedom of expression, reminiscent of the notorious Black Spring of 2003.  Then, the regime imprisoned 75 dissidents, including several journalists, human rights and pro-democracy activists accused of working for and receiving financial help from the US government.

Havana made the same claims about the San Isidro collective, insisting that they had staged a performance directed by the US.

But these young artists are a group of creative people with no other agenda than the desire to express themselves.  Their hounding marks a new Black November for freedom of expression in Cuba.

Alejandro Manrique is IWPR’s regional editor for Latin America and the Caribbean.