Exiles who've returned to help build Iraq find themselves up against an entrenched elite largely untouched by the war. 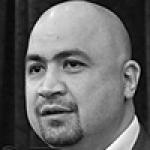 Exiles who've returned to help build Iraq find themselves up against an entrenched elite largely untouched by the war.

After a near lifetime of anticipation, I found myself last winter driving into the Iraqi heartland to fulfil a long-coveted dream: a return to my birthplace, Baghdad.

The journey felt like sleepwalking. Images swirled through my head with the speed of light: dark images of torture, fear, war, and devastation intermingled with hopeful images of newly-liberated and celebrating Iraqi men and women.

I drove into a surreal Baghdad in the first chaotic days of liberation.

The streets vibrated with spontaneous demonstrations. People chanted "Death to Saddam" as crowds hailed coalition troops as heroes. Widows and orphans, who were barred from publicly mourning during Saddam's regime, were in the streets wailing for loved ones killed as long as 20 years ago. In a misplaced sense of freedom, people drove like mad men, breaking every traffic law, and hundreds of people gleefully looted.

On the surface, it was as I had imagined. But over the several months I spent in Baghdad, I slowly came to realise that at a deeper level, it was an Iraq I never knew and could not have imagined.

After many years of campaigning for the cause of Iraqi freedom, I thought I knew Iraqi society, as did many of my compatriots in exile. We had constructed a picture of a society simply divided into two generations. We envisioned an older, reactionary generation, fully indoctrinated in the ideology of the Ba'ath and pathologically antidemocratic. They would resist the values of liberty and equality. We also thought there would be a smart, energetic younger generation, full of visions of a better, more productive future.

The reality was far more complex and will be far more difficult to transform.

Few of us in the diaspora realised a deep, slow moving process had altered Iraq to its core. We had not seen that the Ba'ath regime had worked for more than three decades to destroy the traditional structures, values and customs of Iraqi society. We found in summer 2003 that all the crucial elements of Iraqi society had been organised to service and maintain the position of those in power.

The fall of the regime did little to extricate them from their privileged positions.

The Ba'ath party used a four-prong approach to alter the institutions of the country to serve their needs.

They first created a pool of loyal human resources. This was accomplished via an artificial urbanisation process in which young, poor and uneducated young men, mainly from the villages of western Iraq, were recruited to work in key governmental sectors, especially in the army and security apparatus. This process concentrated state power in the hands of a malleable minority grateful for its new status and eager to maintain its privileges at any cost.

Secondly, the Iraqi economy was brought under regime control through the systemic destruction of the traditional business community. Large successful businesses were nationalised. After this was accomplished, mid-level businessmen were often falsely accused of crimes and their businesses then confiscated. All these now state- owned assets were then privatised and sold at knockdown prices to Saddam Hussein's family members and staunch loyalists. The end result was a monopolised, state-protected economy entirely controlled by supporters of the regime.

The third prong sought to control access to education via a series of procedures. First, high school students whose parents were considered "friends of the leader", "heroes of the Mother of all Battles" or members of privileged military branches, such as the Special Republican Guards, were allowed up to 20 per cent extra marks on their exams. The admittance level of prestigious colleges, such as medical schools, were then set above 100 per cent, limiting enrolment to regime supporters.

In addition, admittance to certain colleges, such as the College of Political Sciences or Teacher Education, was limited to full members of the Ba'ath party. Finally, elite educational institutions, such as Saddam University, were open only for the members of the regime and their families.

The forth and the last prong was the brutal persecution and collective punishment of all possible opponents. Members of "suspect" groups, such as the Kurds or Shia, were systematically and forcibly removed from government jobs and replaced with party loyalists, usually Sunni Arabs. In addition, many rights and privileges such as pension payments, ration cards and even the right to own property, were suspended for organisations under suspicion.

The result, after 30 years, is a class-based society deeply fragmented along regional, ethnic and sectarian lines. The privileged few are well educated, have substantial financial assets and well-paid public and private jobs. The deprived and long-persecuted majority is poorly education with little more than the will to survive.

Many of my fellow exiles and I returned hoping to help build a new Iraq. But we realise today that we are up against an entrenched elite largely untouched by the war. Saddam's regime may be gone along with the most brutal enforces for his rule - the military and security services - but his loyalists largely remain in the most powerful and privileged positions in society.

Now, as I leave Iraq to return home to London, images of destruction and injustice jam my mind once again.

And I wonder, when - and how - Iraq will be liberated.

A London-based sociologist, Ammar Alshahbander, was born in Iraq and lived in exile for nearly thirty years. He has been working in Baghdad with the Iraq Foundation since the end of the war, and is due to return to London in October.

Iraqi Kurdistan, Iraq
Connect with us