Moscow will find it hard to claw back former economic dominance as China moves into Central Asian region.

Moscow will find it hard to claw back former economic dominance as China moves into Central Asian region. 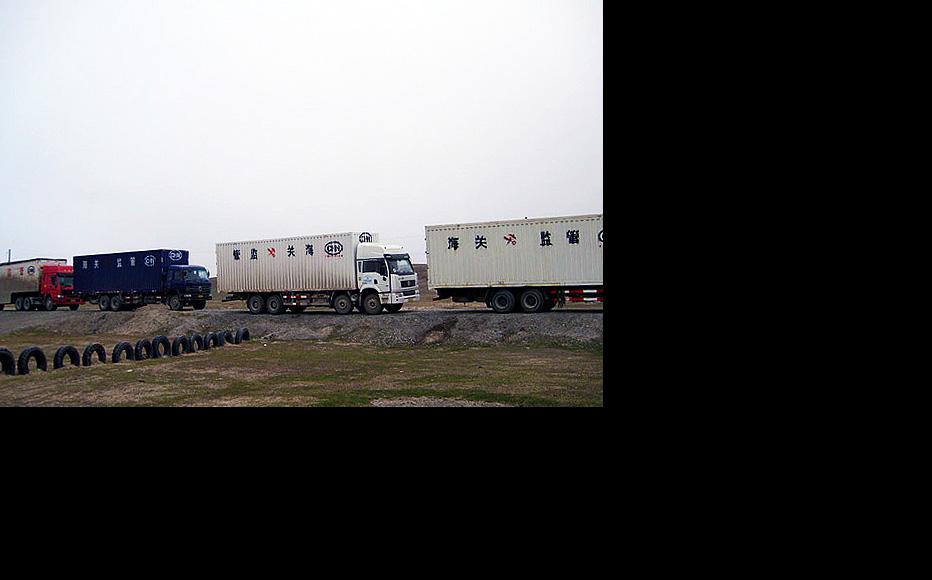 Fabio Indeo, Central Asian geopolitics specialist at the University of Camerino, Italy. (Photo courtesy of F. Indeo)
The link has been copied

The years to come will see Central Asia at the centre of an economic competition as traditional ally Russia tries to regain ground from an increasingly powerful Chinese presence, a leading Italian expert on the region says.

IWPR asked Fabio Indeo, a research fellow at the University of Camerino who specialises in the geopolitics of Central Asia and the competition of external players for influence in the region, to comment on the growing role of China, and how Moscow is trying to counter it.

Indeo also discussed how Central Asian states will fare once international troops pull out from neighbouring Afghanistan in three years’ time; the growing importance of Iran and the potential for Middle East-style unrest in the region.

IWPR: The rise of the Chinese presence in Central Asia seems inexorable, and some fear the region could fall under the sway of this powerful neighbour. What’s your view?

Fabio Indeo: The economic growth of China in independent Central Asia has been very impressive, especially if it’s compared with Russia. Currently, China is the third-largest commercial partner of the Central Asian states, after Russia and the European Union. In 2009, China's net trade with the Central Asian region exceeded that of Russia for the first time, and the trend is likely to persist in coming years.

China has developed deep economic relations with all five Central Asian states, even if its trade is mainly oriented towards those states that it borders on. It is the second-largest foreign investor in Tajikistan, while Kyrgyzstan has overtaken Kazakstan as the main destination for Chinese exports in Central Asia.

Upgrading the strategic partnership with oil-rich Kazakstan is one of the big successes of China’s economic strategy, because it is based on relevant geopolitical issues such as nuclear and energy cooperation. There is also a Chinese loan to develop Kazak industrial facilities, and the free-trade zone on the Chinese-Kazak border.

But its main goal – economic integration – is strongly opposed by Central Asian republics and also by Russia, obviously for different strategic reasons. Central Asian nations oppose the creation of a common market or free-trade area led by China via the Shanghai Cooperation Organisation, mainly because they fear becoming Chinese economic protectorates.

Among other factors that could set back China’s economic domination of the area is the invasion of Chinese goods into Central Asian markets that has seriously damaged national production, the growing number of Chinese farmers buying up Tajik land, and the wage gap between Chinese and Central Asian workers engaged in infrastructure-building in the region. These factors are fuelling local discontent and creating a potential threat to the political stability and security of the weaker states, Kyrgyzstan and Tajikistan.

IWPR: Last year, the Customs Union between Russia, Belarus and Kazakstan came into force. How does this Moscow-led grouping affect Russian-Chinese competition for economic influence in the region?

Indeo: The creation of a Customs Union in the CIS [Commonwealth of Independent States] must be interpreted as a Russian geopolitical response to the challenge presented by China’s position of strength in Central Asian trade. The integration of Kazakstan and soon Kyrgyzstan into the Customs Union and the planned extension to Tajikistan seem to confirm this interpretation – that this is an attempt by Russia to build a Eurasian regional organisation in order to weaken Chinese economic penetration of Central Asia and restore its own traditional influence.

Long-term implementation and success of this Customs Union would modify the regional geopolitical chessboard, even if Beijing has a strategic tool that it can use to turn economic relations with Central Asian states in its favour – an economic and financial weapon in the shape of huge investments and concessionary loans to Central Asian countries. This could hinder Russian attempts, because Moscow is not able to economically compete with Beijing.

Indeed, in the past years Russia has slackened off on implementing several projects because of the lack of money to invest, such as the planned expansion of the Caspian shoreline gas pipeline, and envisaged investments in developing the Uzbek energy sector.

Moreover, it is interesting to note that implementation of the Russian-backed Customs Union could benefit China by allowing Chinese goods to reach a unified market of 170 million people.

IWPR: How will the geopolitical roles of Uzbekistan and Turkmenistan change after once the United States-led forces withdraw from Afghanistan at the end of 2014?

Indeo: The scenario following the planned withdrawal of US and NATO military forces is difficult to predict, because it’s necessary to take a lot of different issues into consideration. The most important question is whether in 2014, Afghanistan will remain the main source of threats and instability for Central Asia.

Turkmenistan and Uzbekistan should play a significant role in regional geopolitics after the US withdrawal, because as border states they share the same security concerns. However, recent foreign policy decisions seem to reflect a reluctance to accept this growing responsibility and get involved in ensuring security and stability in the region.

At present, Uzbekistan plays a major geopolitical role to its position as hub for the Northern Distribution Network, NDN, with 98 per cent of non-lethal supplies crossing the Uzbek-Afghan border. After the US departure, Uzbekistan could be dangerously exposed to terrorist attacks, and interruption of the NDN route would create huge economic losses for the Uzbek economy.

Uzbekistan’s decision to abstain from a common strategy for the post-2014 period – it refused to sign the final document during the NATO summit in Istanbul on November 2 – is hard to interpret. It could be a strategic attempt to obtain more lucrative gains, given that President Islam Karimov is fully aware that implementation of a successful strategy will be impossible without Tashkent’s participation.

The failure to involve Turkmenistan in the NDN and diversify the supply route through the Turkmen-Afghan border is a weak point in the strategy for the period after the US withdrawal. In addition, Turkmenistan’s refusal to join regional security organisations – in line with its policy of neutrality – hinders Ashgabat's ambitions to play a role in the stabilisation of Afghanistan.

IWPR: What can you say about Iran’s role in Central Asia?

Indeo: Iran's role in Central Asia is destined to rise in the next years, even if at present its theology-based political system is still perceived as a threat to Central Asia’s secular states.

Iran is the only regional geopolitical player that – with Russia – is engaged in developing Central Asia’s hydropower resources, by supporting the Tajik Sangtuda-2 plant.

Its influence in the region was evident when Tehran forced Uzbekistan to revoke its decision to block Iranian freight heading for Tajikistan, destined for Sangtuda-2, which is opposed by Tashkent. It threatened to prevent Uzbek exports passing through the Bandar Abbas port on the southern coast of Iran.

Furthermore, Iran is a potential transit country for energy exports, and is heavily involved in regional politics. Indeed, it is one of the five littoral states on the Caspian Sea.

IWPR: The events of the Arab Spring demonstrate that even longstanding authoritarian leaders are not immune to popular uprisings. To what extent is such regime change possible in Central Asia?

Indeo: It is true that Central Asian and North Africa share a lot of issues in common, which led to the so-called Arab Spring. These issues are authoritarian control of power, limited freedom of press, restrictions on civil and political rights, the absence of a multi-party system, and elections that don’t fully conform to international standards.

In Central Asia, Turkmenistan and Uzbekistan – which the US-based NGO Freedom House has named the “worst of the worst” states for their authoritarian and repressive regimes – have all the potential elements that could fuel a revolution similar to that in Egypt or Libya. But Tajikistan can easily identified as a weak pawn in the Central Asian scenario. A dangerous combination of poverty, authoritarianism, a government crackdown on religious and civic liberties, and the threat of Islamic terrorism leave this vulnerable state exposed to a potential revolutionary wave.