Lockdown measures and falling crude prices have taken their toll, despite official optimism. 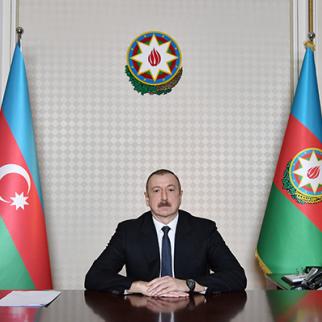 President Ilham Aliyev at a recent video conference given on the current plan for the country. (Photo: Azeri Government website) 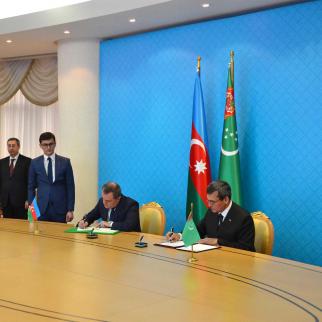 Lockdown measures and falling crude prices have taken their toll, despite official optimism.

Azerbaijan’s oil-dependent economy is feeling the effects of the pandemic, with government critics warning that the full picture has been obscured by Baku’s lack of transparency.

“The Azerbaijani economy has weakened in two directions due to the pandemic,” said Togrul Valiyev, a former member of the opposition Republican Alternative Party (REAL). “The first is the issue of oil prices on the world market, because 90 per cent of Azerbaijan’s exports are oil and gas products. As a result, revenues fell as a result of lower oil prices.”

Then there was the domestic economy, he continued, in which retail sales fell by up to five per cent. Income was simply not being earned.

“After oil and foreign exchange, which brought currency to the country, the third area is tourism, which brought 80 million dollars in foreign currency in 2019. This weakened during the pandemic.”

The industry may receive a boost due to the gas channels connecting Azerbaijan and Europe that were completed in October last year, with a new agreement with Turkmenistan also signed last month.

Officials certainly remain optimistic about the prospects for the coming year,  Economy minister Mikayil Jabbarov told Bloomberg in January that GDP was predicted to rise by 3.4 per cent this year.

However, economist Gubad Ibadoglu said that it was hard to see the full picture due to poor governance.

“According to the results of the end of 2020, we entered the new year with a decline of 4.3 per cent [in GDP],” he said. “The costs of the war were, in fact, predicted, and there were no new costs. The state does not consider itself obligated to make any statements about the cost of the war. But the state budget for 2020 was compared with a deficit of 1.7 million manat (one million US dollars) [from the previous year].

He predicted that 2021 “will be marked by an increase in public spending compared to last year, and the state’s access to additional resources and increased corruption”.

Valiyev said that government proclamations on issues such as the job market were not reliable.

Sociologist Sanubar Heydarova warned of signs of a social crisis in the country, exacerbated by the effects of last autumn’s 44-day war with Armenia.

“Unemployment has risen in both major cities and regions,” she said. “Government agencies work [having made] large redundancies or do not work at all. People in the regions have not only experienced the trauma of war but of unemployment and hunger. There are many instances of robbery; even in rural areas chickens and household items have been stolen. All this is due to hunger and unemployment.”

Heydarova explained that villagers had at least still been able to tend to their lands during the pandemic, but the outbreak of war had made that impossible in some areas and many had been unable to sow crops as usual in September.

“Due to this delay, productivity will be low and products will become more expensive,” she concluded.

Further pressure came when the tariff council increased the prices of both petrol and diesel fuel last month. Raising these prices in a post-war country, with unemployment already high because of the pandemic, sparked a serious outcry, especially on social media.

Answering online criticism, lawmaker Nurlan Hasanov argued that the price of petrol in Azerbaijan was much lower than in Germany.

This comparison angered many, including Elman Fattah, a member of the opposition Musavat party and political commentator, who noted that living conditions in Azerbaijan could not possibly be compared with that of Germany.

“Germany and Azerbaijan are incomparably different countries in terms of economic potential and social potential. Even in Europe, Germany is the most prosperous country,” Fattah said.

Experts who criticised Azerbaijan’s other economic problems were in turn singled out for censure by President Ilham Aliyev in a new year video conference in which he called on “so-called economists speaking from abroad and here, open your eyes and put your tongue back in your mouth.”

Fattah said that this was a typical Aliyev manoeuvre; targeting critics in response to rising social problems.

“Knowing that a certain period of the pandemic and the hot part of the war is over and that people will now turn their attention to society's other problems, the head of state targets economists who will analyze the main group of social problems in this period,” he said. “The president is well aware that the prestige and image he gained during the 44- day war will quickly be forgotten.”

Giving Voice, Driving Change - from the Borderland to the Steppes, Coronavirus Pandemic
Azerbaijan
Oil, Economy, Coronavirus
Connect with us