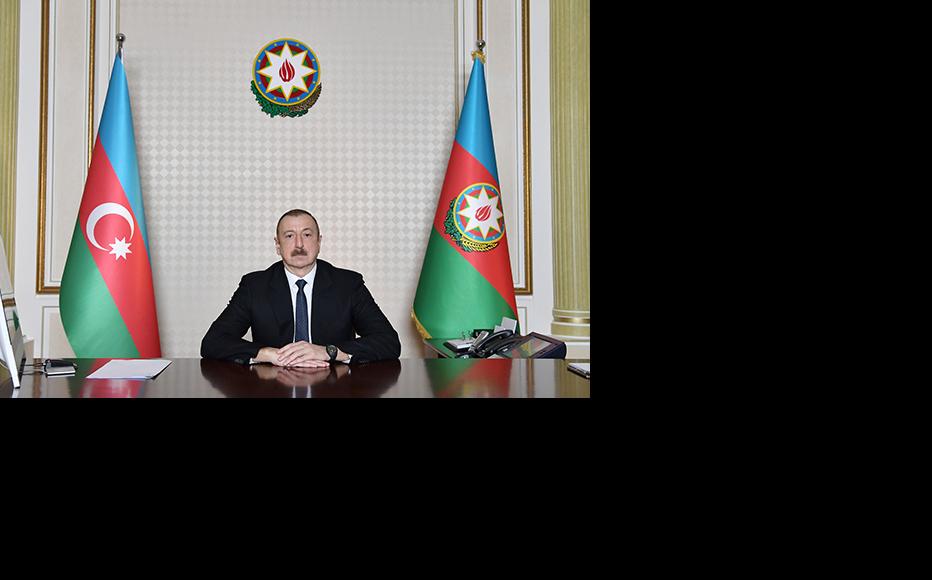 President Ilham Aliyev at a recent video conference given on the current plan for the country. (Photo: Azeri Government website)
The link has been copied

Azerbaijan’s scheme to provide emergency aid to those left vulnerable by the coronavirus crisis has already run into trouble, with thousands complaining that they have been unable to access any funds.

The ministry of social protection announced on April 9 that they would be giving out a one-time assistance grant of 190 manat (110 US dollars) to citizens in need during the quarantine period.

Initially, technical problems prevented people from being able to register on the official website. After this was resolved, many people reported having their claims rejected for apparently spurious reasons.

Some said they had been rejected on the grounds of their husband or wife’s employment, despite not being married. Others said that they had not qualified because they had a car registered in their name.

Another reason given for claims being rejected was that the applicant owned a plot of arable land, although in most cases this was actually their residence.

Farid Mammadov, a resident of Ganja, was rejected because the government claimed that he lived abroad and thus was not entitled to the assistance. He maintained that he had not left the country in some time.

“I don't work anywhere so I need this money. I am currently in Ganja and I received a message that I cannot receive the one-off assistance because I live abroad,” Mammadov told IWPR.

Nazakat Javadova, who lives in Baku, said she was rejected on the grounds of her husband’s pension - even though he died five years ago and she submitted the death certificate to relevant authorities at that time.

Leman Khalilzadeh, a lawyer with the Beneficiary Free Legal Aid Bureau in Baku, said that more than 5,000 people had approached his organisation asking for help with accessing emergency funding.

“There are not only rejections, but even those whose appeals have not been answered for a month,” he said. “Currently the main problem is that the refusals are unfounded. We also try to help by conveying their dissatisfaction to the minister. We help complainants to write an application. Most of the appeals are refusals due to the employment contract.”

Khalilzadeh added, “Many young students over the age of 15 who didn’t receive full-time places in education and were promised assistance were also rejected.”

Khalilzadeh said that all his NGO could do to assist those whose application had been rejected was help them write a letter of complaint. The scheme did not include any option to re-apply after claims had been rejected, something he said was a violation of the assistance law created for the purposes of the current crisis.

On May 6, the ministry published the names of 600,000 people it said it had provided with assistance. Falil Talibov, the head of the press service of the ministry of social protection, did not respond to requests for comment on the complaints. However, he and other ministry officials have posted numerous announcements that no one had been denied assistance without a valid reason. They also suggested people send in their FIN number - the code associated with their application - to the ministry’s official Facebook account.

Although intended as a one-off disbursement, with the lockdown extended there will also be a May payment. However, it cannot be backdated, so those who applied in April and never received a reply are no longer eligible for that tranche of payment.

Economist Qubad Ibadoglu said that the entire process had been marred by serious shortcomings and demonstrated that the ministry lacked the means to implement its emergency measures.

“One of the main problems in the process is the lack of transparency and accountability,” he continued.

Ibadoglu said that the economic situation was only going to get worse.

“In the last few days the activities of three banks have been terminated,” he continued. “In addition, the state has closed onshore oil wells in accordance with the implementation of commitments to reduce oil production, the fall in oil prices in the world markets and pandemic crisis. Accordingly, SOCAR, the largest oil company in Azerbaijan, is also undergoing major reductions.”

Ibadoglu suggested that the large numbers rejected from the scheme allowed the government to avoid acknowledging soaring joblessness and poverty, “because unemployment is a responsibility of the state and high unemployment does not meet the political, economic or social interests of the Azerbaijani government”.

Seymour Hazi, a former political prisoner and the vice president of the Popular Front party of Azerbaijan, also said that the scheme was not fit for purpose.

“When the pandemic started, we proposed giving a one-time assistance of 300 manat to everyone who couldn’t work during the pandemic and didn't have any income from the state,” he said. “However, the government decided to do so at a minimum of 190 manat. In addition, the Azerbaijani government says that it will give this to 600,000 people, but in reality the number of poor people in Azerbaijan is at least three million.”

Coronavirus Pandemic, Giving Voice, Driving Change - from the Borderland to the Steppes
Azerbaijan
Coronavirus, Life
Connect with us