Drugs charges used as pretext for detaining men who vandalised a public monument.

Drugs charges used as pretext for detaining men who vandalised a public monument. 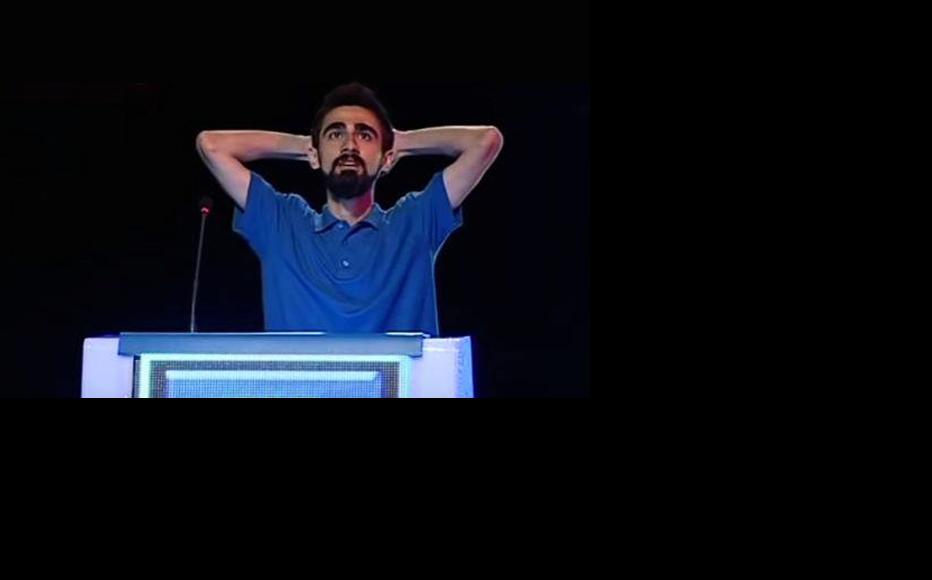 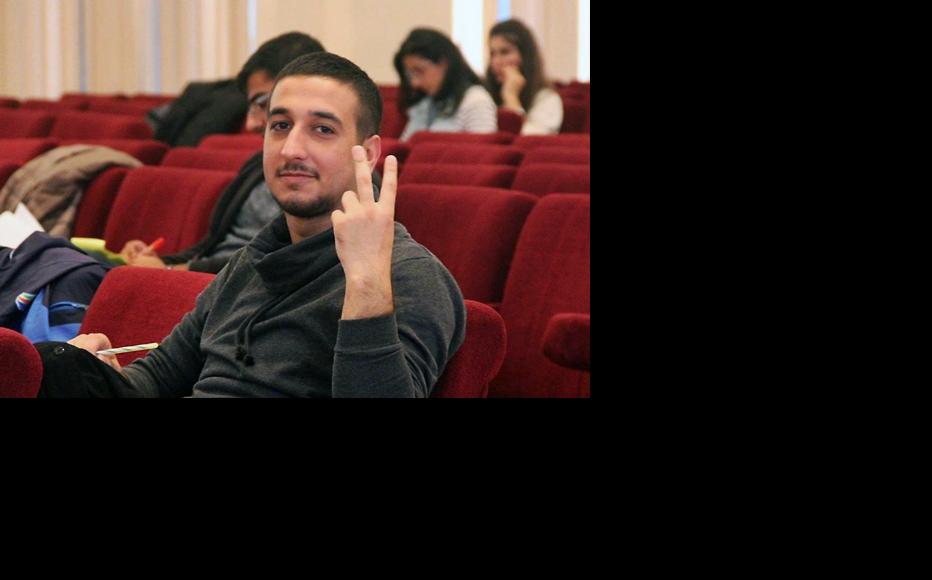 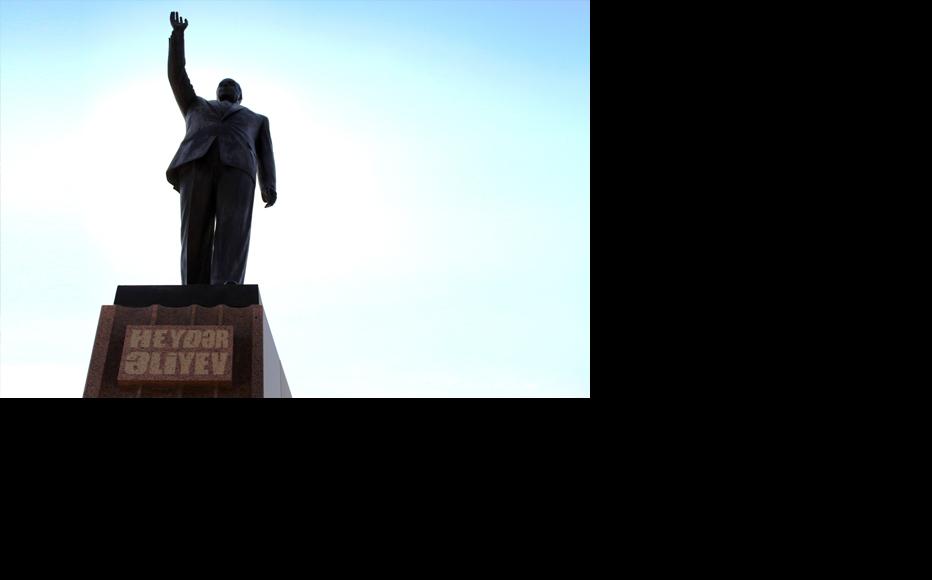 The Heydar Aliyev statue that was defaced. (Photo: Shahin Rzayev)
The link has been copied

Experts say that the arrest and ill treatment of two activists who defaced a statue of former president Heydar Aliyev has highlighted a growing cult of personality in an increasingly repressive Azerbaijan.

Bayram Mamedov and Giyasaddin Ibrahim, members of the pro-democracy NIDA youth movement, were detained in Baku on May 10 on drug possession charges.

Hours earlier, the two men had painted “Fuck the System” in English and “Congratulations on Slaves´ Day” in Azeri on the monument before posting photos of the graffiti on social media.

May 10, the birthday of the former president and father of current leader Ilham Aliyev, has been celebrated every year since 2004 as the Festival of Flowers.

However, a play on words means that it is popularly known as Slaves’ Day. Gul in Azeri means flower, while qul means slave.

Prosecutions with the apparent intent of smearing activists’ reputations are common in Azerbaijan. Financial misdemeanours are often used as a pretext.

(See also "No Surprise" at Jail Terms for Leading Rights Defenders in Azerbaijan).

The ministry of interior said that a search of Mamedov and Ibrahim’s flats on May 10 had led to the discovery of two kilogrammes of heroin.

A Baku district court sent the men to four months of pretrial detention, which was appealed by their lawyer, Elchin Sadigov.  But the appeal was rejected on May 20, after which Mamedov went on hunger strike.

“The authorities of Azerbaijan have created a national cult and punish all those who touch on it,” NIDA board member Ulvi Hasanli told IWPR.

The political situation in Azerbaijan, he continued, meant that “people do not have the possibility to express their protest the traditional way.  Therefore it is necessary to use such non-standard forms of protests”.

“That is why the regime reacted so aggressively and hysterically,” Hasanli concluded.

Fariz Namazli, a lawyer, said that the activists were accused of drug trafficking because defacing a monument is not a punishable criminal act.

“The monument of Heydar Aliyev is not counted as a cultural heritage.  This is an ordinary monument and has no particular importance for the country´s population,” he told IWPR, adding that it was also not damaged beyond repair.  “The paint was just washed off and that was it.  At most, one can speak about an administrative offence.”

Sadigov used his Facebook page to publish a statement by Mamedov in which he described his mistreatment.

“Three men in civilian clothes forcibly pushed me into a car, a white jeep, and took me to the 12th police department, brought me to the chief´s office, where there were eight people in civilian clothes,” Mamedov wrote. “They started to beat me with their hands, fists and kicks.  They asked me for what purpose I had photographed the monument.”

The men then continued to hit him.

Mamedov and Ibrahim were subsequently moved to a different location, where they were also tortured.  Mamedov said his hands and feet were handcuffed and he was severely beaten.  Police officers threatened to rape him with truncheons and demanded they admit to the charge of drug trafficking.  He was knocked out by blows to his head and only regained consciousness when doused with water.

But Yadigar Sadigov, the deputy chairman of the opposition Musavat Party and a former political prisoner said it was clear that the drugs charges had been an act of vengeance.

“A case of a personality cult is obvious,” he said.  “In spite of several changes in power, the team of Heydar Aliyev, which widely developed the personality cult in the country, remains.  The regime's character does not change,” he told IWPR.

Some Azeris said that the authorities’ response to the vandalism was even harsher than in Soviet times.

One Baku resident, 44-year-old Sultan Gasimov, recalled how a classmate of his disfigured a bust of Lenin and as a result was expelled from the Communist Party´s youth organisation Komsomol.  The boy was also reprimanded and his parents had to buy a new statue.

“That was all the punishment,” Gasimov said. “But now the situation is much more complicated, since a personality cult was built around the father of the current president.

“Everything against this cult is perceived as a personal insult and is punished very severely.”

Heydar Aliyev’s image is ubiquitous in Azerbaijan, and no expense is spared on the annual Flower Festival.

Cities are lavishly decorated with flowers and concerts held in public squares.

“Every year, they hold an incomprehensible flower´s day or ‘slave´s day’ on the birthday of a long-dead president.  They are spending a lot of money, when the majority of the people live in poverty,” Baku resident Isa Yusifov told IWPR.

The event’s cost is not known, but various official statements give a general idea.

In 2007, the mayor´s office indicated that 15 million US dollars had been spent on the holiday. In 2009 Gular Ahamdova, a former deputy from the New Azerbaijan Party, also said that the event had cost 14 to 15 million dollars.

However, the festival was cancelled this year due to the four-day-war around Nagorny Karabakh in early April.

May 10 was the 40th day of mourning for the dozens of soldiers and civilians killed, which was marked in accordance with Muslim tradition.

Yusifov said the authorities had been afraid there might be protests this year because of the war dead, which is why the holiday was cancelled.

“These kids expressed their protest against the inscription on the statue.  If you did an anonymous survey among the population, you would not find a single person who disagreed with what they wrote. But not everyone is as brave as these guys,” Yusifov said.

Amnesty International has condemned the arrests and urged the authorities to conduct an impartial investigation into the allegations and maltreatment.

Sports for Rights, a coalition of international NGOs, has called on the Azerbaijani government to release the activists as well as jailed journalists ahead of the Formula One European Grand Prix race to be held in Baku on June 17–19.

“The leadership of Formula 1 has a crucial opportunity to press the Azerbaijani government to make concrete steps to improve its human rights record ahead of the Baku Grand Prix,” said Jane Buchanan, vice president of Human Rights Watch for Europe and Central Asia.

In March, Azerbaijan released over a dozen political prisoners ahead of a visit to the United States by Aliyev.