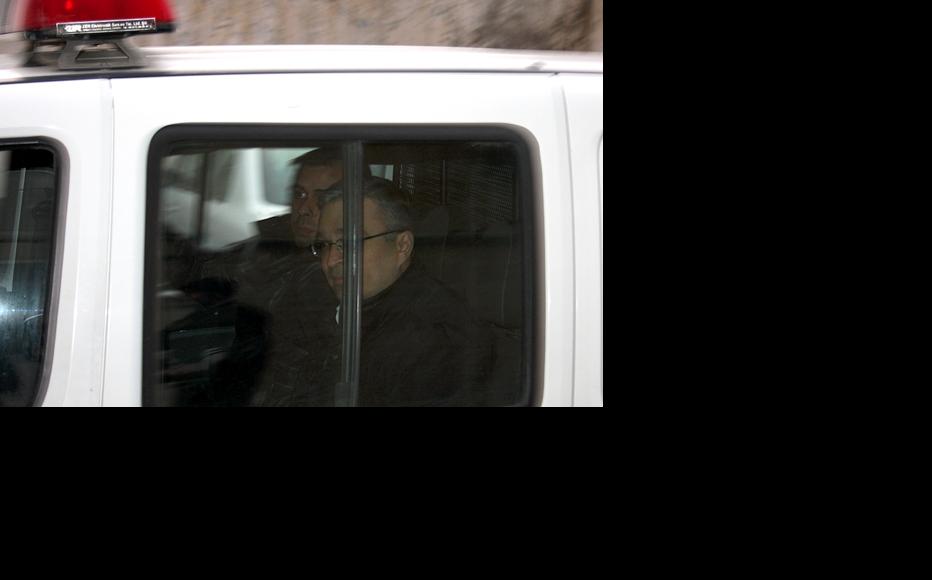 Ilgar Mammadov being driven away in a police car on the day of his arrest. February 2013. (Photo: Aziz Karimov)
The link has been copied

Ilgar  Mammadov, a leading political prisoner in Azerbaijan, has been beaten up, according to his lawyer.

Javad Javad’s client told him about the 16 assault when he visited him in prison subsequently. Mammadov told him he was summoned to the prison offices on October 16 and beaten by three individuals included the facility’s governor.

“His neck bore bruises,” Javadov said afterwards. “Ilgar Mammadov said he was mostly punched and kicked in the head. He had haematomas on his head, and it’s still aching.”

The lawyer said he had earlier complained to the justice ministry after his client was forbidden phone calls for the preceding month.

On October 22, two members of the Working Group on Human Rights gained access to Mammadov and secured a confidential meeting with him.

Afterwards, one of them, Sahib Mammadov, said, “I have drafted a report for the justice minister. The lawyer [Javadov] has spoken about the rest of it, anyway.”

Mammadov, head of the opposition movement REAL, was arrested in February 2013 with and Tofiq Yaqublu, deputy head of the Musavat opposition party. Both were charged with, and later convicted of, “organising mass riots” and using “violence against police officers” in the small town of Ismayilli. The charges related to rioting that broke out in Ismayilli in January 2013 after a dispute over a car crash escalated into an attack on a hotel belonging to one of the drivers; the crowd then surrounded the home of the district government chief’s son.

Mammadov and Yaqublu were among the journalists and others who arrived in the town a day to find out what had happened, but they were still accused of inciting violence that had begun and finished before they got there. In March 2014, Mammadov was sentenced to seven years’ imprisonment, while Yaqublu received five years. (See Two Opposition Figures Jailed in Azerbaijan.)

In May last year, the European Court of Human Rights ruled that Mammadov’s detention was in contravention of the European Convention on Human Rights. After the court rejected an appeal by the Azerbaijani government, the Council of Europe demanded his immediate release.

Natiq Jafarli, a member of the REAL movement, said Mammadov had been under constant pressure while in prison.

“The main aim is to get him to file an appeal for clemency. To that end, they’ve had repeated meetings with him, threatened him, and placed him in solitary confinement. He’s been tortured three times in the last two months. It’s all meant to break Mammadov’s will,” he said.

“The very first day I was in the Kurdakhani pretrial detention unit, I saw them beating up a prisoner right underneath a sign that read, ‘We say no to torture’,” he said.

Relatives of another prisoner of conscience, Siraj Karimli, say his health has suffered after prison officials delayed treatment for appendicitis.

Siraj Karimli and his brother Faraj, both members of the opposition Musavat party, were arrested on drugs charges in July 2014 and in March this year, they were sentenced to six and six-and-a-half years’ imprisonment, respectively. (See No Let-Up to Repression in Azerbaijan.)

“The main reason Siraj was not examined and treated in time is that he is a political prisoner,” he said. “Siraj’s life has been endangered by the unlawful manner in which the prison management dealt with him.”