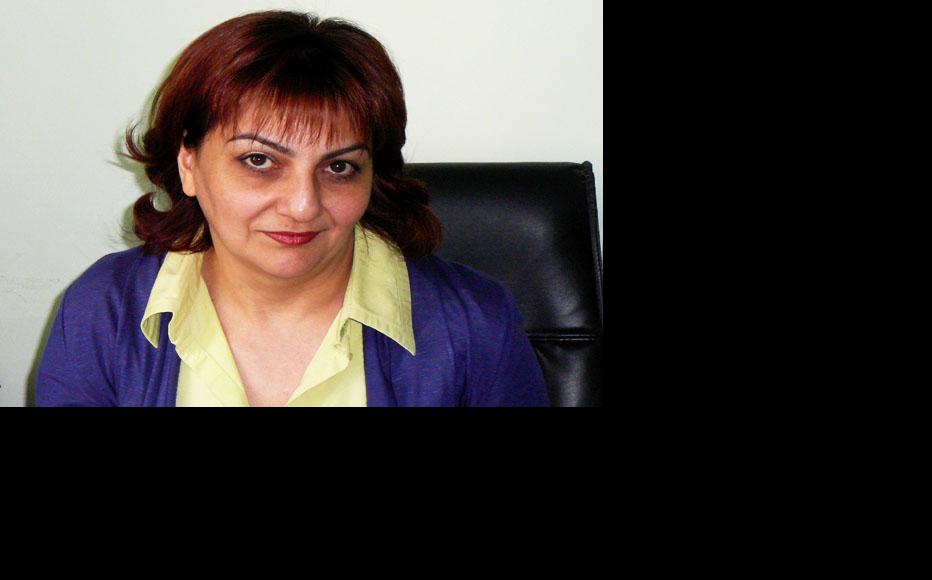 Armine Ohanyan, editor in chief of the Hraparak newspaper, faces a libel claim that would bring the publication down. (Photo: The credit is to Armine Ohanyan 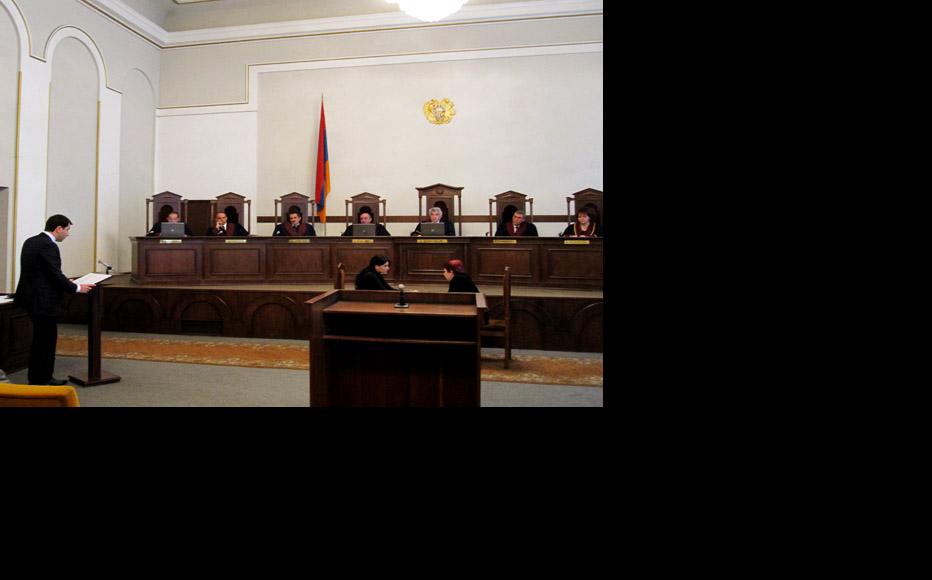 Armenia’s constitutional court has ruled that damage awards should not be ruinous. (Photo: Mary Mamyan)
The link has been copied

A defamation case brought against an Armenian newspaper for the comments readers posted on its website has alarmed media experts, who warn that this kind of action could erode freedom of expression.

Lawyer Artur Grigoryan has taken out a libel case against the weekly Hraparak, because of comments left under an article headlined “Are Citizens the Victims of Dishonest Lawyers?” published on August 10.

He is demanding 18 million drams, 47,000 US dollars, in damages – a large sum for Armenia, and says he wants to force the weekly out of business.

“This newspaper is a danger to every citizen of Armenia, so I am determined to shut it down,” he said. “I have a cordial relationship with the rest of the media. Hraparak’s stance is dishonest and wrong. It publishes slander instead of fighting for press freedom. It publishes one-sided articles and throws mud at ordinary people.”

His lawsuit is one of a spate of civil actions launched since defamation was removed from the criminal law code last year. Since then, some 30 civil cases have been brought to court, raising fears of a sharp increase in damage awards against media outlets.

Grigoryan bases his complaint on comments posted by readers, who complained about the service they had got from him as a lawyer.

She said Grigoryan seemed determined to pick a fight, since he could have chosen a more reasonable response.

“He didn’t even phone the office to ask us to remove these comments from the site. He just wanted to launch a legal case,” she said. “And what will he say if the people who complained about him refuse to retract their words?”

This is the first case in Armenia where a publication has been sued just for comments left on its website, and media experts are baffled by its implications.

“The consequences of this are hard to predict. It isn’t clear who’s going to be taken to court, and for which comments. And who is answerable for these comments? Everyone could be dragged in,” Gegham Vardanyan, editor of the website www.media.am, said.

On November 8, a court in Yerevan froze Hraparak’s bank accounts, then reconsidered and instead put a temporary hold on its property so as not to force it out of business.

Shushan Doydoyan, head of the non-government Freedom of Information Centre of Armenia, said a big damage award of the kind Grigoryan was seeking would constitute an infringement of the publication’s freedom of speech, under a ruling from the European Court for Human Rights that compensation must not exceed a publication’s ability to pay.

“The court must also consider the fact that this case is illogical, since the paper is not responsible for comments by its readers. Those who expressed these opinions must be held accountable,” he said, adding that “of course, this isn’t an excuse for a newspaper tolerating obscene defamation on its site”.

Following an approach Armenia’s human rights ombudsman, the Constitutional Court ruled that damages should be proportionate to the defendant’s means.

It refused the ombudsman’s request to define as unconstitutional a section of the civil code that defines the scale of libel damages, but recommended restraint when compensation was awarded. In the legal language employed by Constitutional Court chairman Gagik Harutyunyan, “One must avoid imposing an intolerably large financial burden on the defendant such as might exert a negative financial impact on his activities and lead to bankruptcy.”

Grigoryan’s lawyer Tigran Atanesyan said his client accepted the decision, but had no plans to alter his damage claim. Instead, he was prepared to wait until the paper was in a position to pay the sum he was asking for.

Atanesyan said newspapers should check readers’ comments before publishing them. But internet experts denied there was any way of doing this without imposing censorship.

IT programmer Mikael Ghazaryan warned that if the case was upheld, one could theoretically leave an insulting comment about oneself on a website, and then sue its owner for libel.

Anna Maralyan, a lawyer and expert on international law, said that the European Court of Human Rights had never heard a case of this kind. She noted that in one case in Britain, the judge found against the publisher, arguing it should have been aware of the comments and removed them. The difference was that there was no damage award, she said.

Maralyan said that if Hraparak could demonstrate that the comments were posted by a reader, and that it lacked the legal resources to assess every comment on its site, then the court was likely to rule in its favour.

The next hearing is set for December 16.

Meanwhile, the Chamber of Lawyers, the body for Armenia’s legal professionals, is launching a disciplinary action against Grigoryan, based on the same reader comments on Hraparak’s web site.

Mary Aleksanyan and Karine Ionesyan are correspondents for the website www.hra.am.