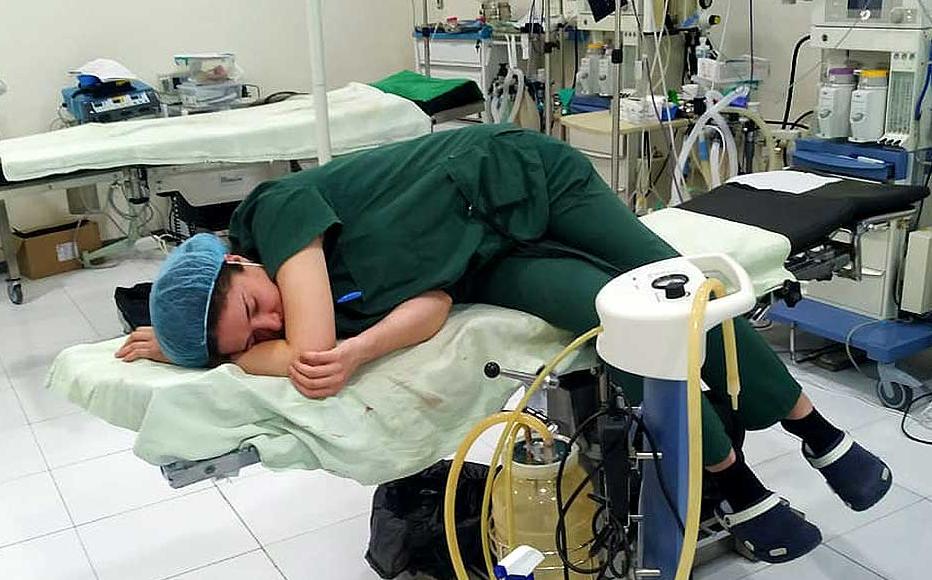 Gayane Papoyan, a sixth-year medical student, volunteered at a hospital on the frontlines in Karabakh. © Courtesy of G. Papoyan 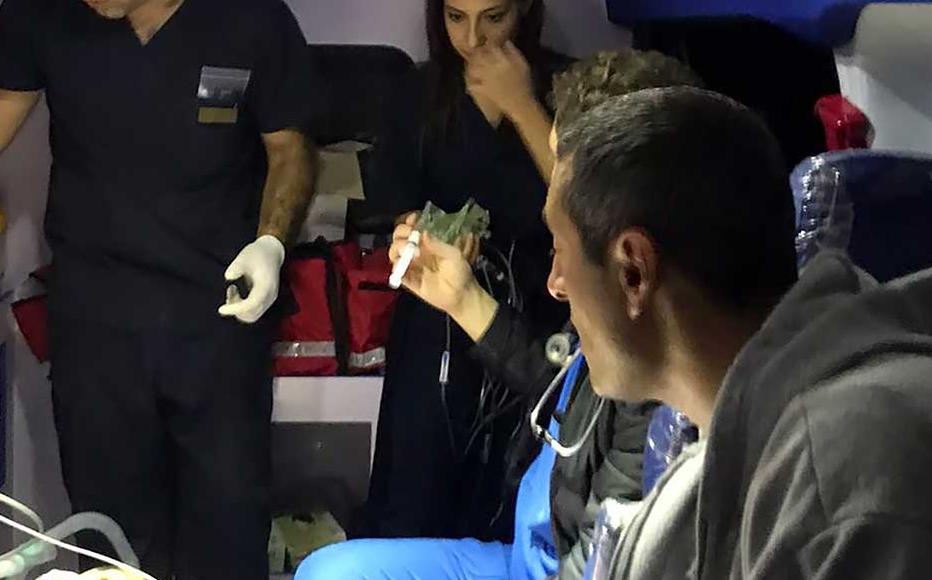 Narine Arzumanyan, a medical student volunteered on the frontline during the Karabakh conflict. © Courtesy of N. Arzumanyan
The link has been copied

Diana Saiyan spent nearly a month volunteering in a hospital on the frontlines of the last Karabakh war. The whole time, she recalls, her trainers were constantly soaked with blood.

“The most dreadful day was when 30 dead bodies were brought in at once,” said the 22-year-old, who was assigned to a field hospital set up in a school building in Gishi, a village 11 kilometres from Martuni. “The guys unloaded them from the car and we checked their pockets for identity documents. If we found any, we wrote the name on a piece of paper and pinned it to the body, so the person would not be included in the lists of missing persons.”

Originally from Stepanakert, Saiyan moved to Yerevan to pursue her medical studies six years ago. As soon as war broke out, she went to the Shengavit military commissariat and volunteered. A few days later, she was deployed to Karabakh.

“The desire to help others was stronger than caring about my own life. When I arrived and saw everything with my own eyes, I was surprised why I didn’t feel scared. It is only now that I have been able to process the emotions experienced in those days. At that time, I blocked something in myself and just worked mechanically, feeling nothing,” Saiyan said.

Saiyan is one of many young Armenian women who volunteered as medical staff during the recent war, which ran from September 27 to November 9 last year.

Gayane Papoyan, also a sixth-year medical student, said that when the clinic where she worked - a Yerevan orthopedic centre repurposed to treat coronavirus patients – was asked to send four nurses, 12 people immediately volunteered. She was among them.

“I cannot describe how much I love my homeland and how much I wanted to help,” the 22-year-old said, adding that at the time Armenia was fighting two wars simultaneously – one against Covid-19 and another in Karabakh.

“In both cases, we lost lives. Covid-19 took the lives of our elderly, but when 18-20-year-old boys died, who did not even have time to live.”

Papoyan, originally from the village of Vardablur in Armenia’s Lori province, said that she still felt the effects of the fear that had gripped her in Shushi, the city where she had been deployed.

Papoyan recalls October 8 in particular, a day that saw heavy shelling that hit the cathedral and other cultural buildings.

“I saw the most terrible wounds, similar to what I had till then seen only in the movies ... in such moments you stop thinking about yourself. You stay focused, you think about how to connect the injured to a ventilator, start the operation,” she said, adding that it had been impossible not to imagine that the young soldiers might have been her friends or relatives.  “What happened there cannot be described in words,” Papoyan concluded.

Narine Arzumanyan, a medical student in her sixth year who plans to be a cardiologist, volunteered to work in the Martuni hospital alongside her father, a military doctor.

“I said, if you don’t take me with you, I’ll go anyway, so it’s better to be with you. In those days I was not afraid. I just kept working without emotions,” she said.

Her greatest fear was the idea of being responsible for triaging patients amidst an influx of heavily wounded.

“It means to choose the patients whose lives are worth saving. Someone in the war has to do it, but I didn’t want to, because I didn’t know how to live with it later. When you do everything for the patient and then you lose him, your conscience is clear, but if you have to choose whom to save, it’s awful.” Narine said.

After graduating, she said, she would be returning to Karabakh to continue to serve the community.

“I love Karabakh very much, this is where I belong,” she said. “I don’t want to live anywhere else. I will go and work in Stepanakert. I now value little things in life more than ever, even ordinary things.”

Armenia
Women, Conflict
Connect with us