Alleged al-Qaeda plot has suspended international flights at Najaf airport since early April. By Hussien al-Obaidi in Najaf and Ali Kareem in Baghdad

Alleged al-Qaeda plot has suspended international flights at Najaf airport since early April. By Hussien al-Obaidi in Najaf and Ali Kareem in Baghdad 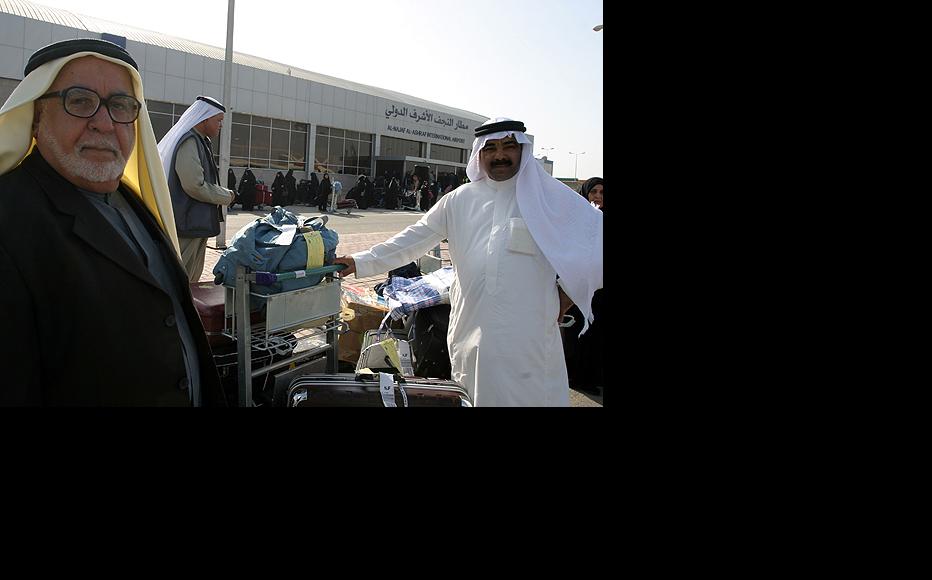 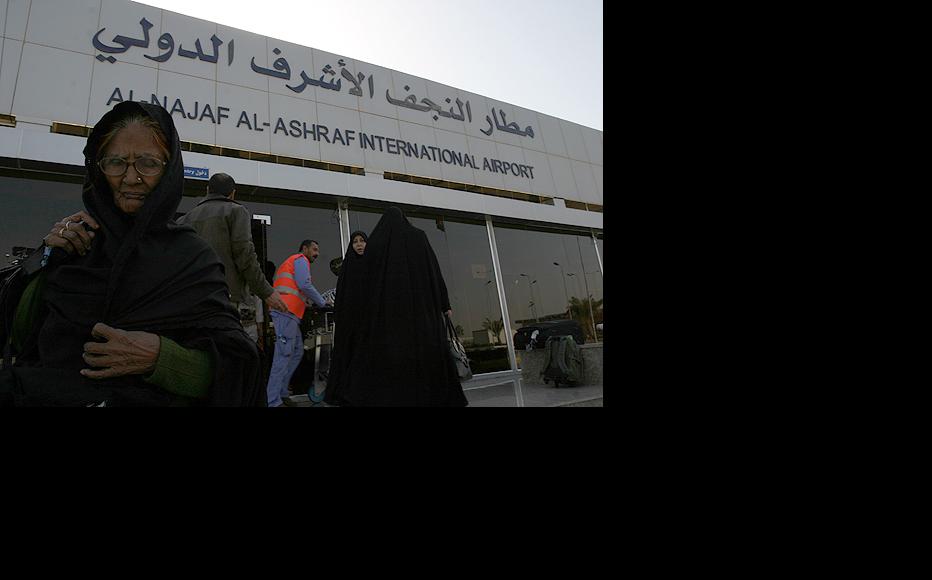 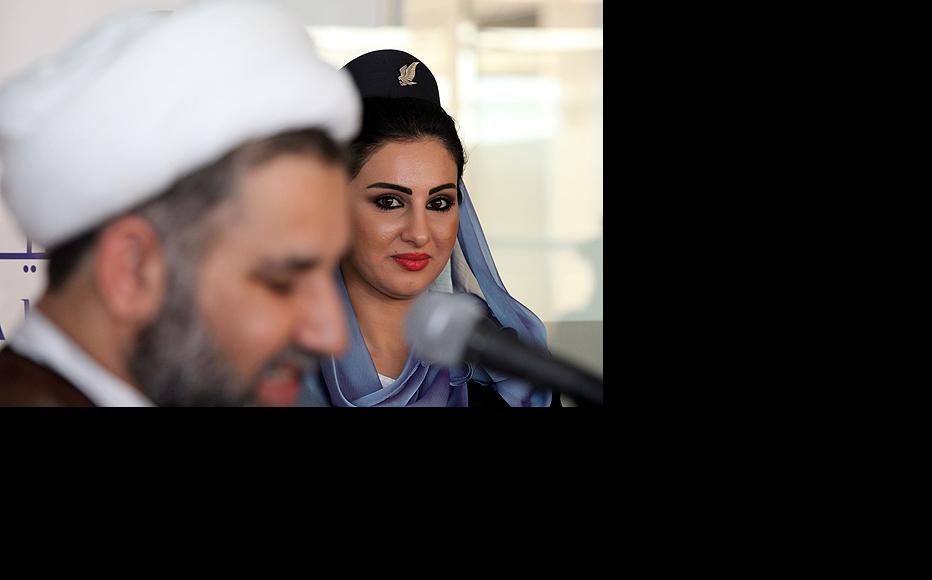 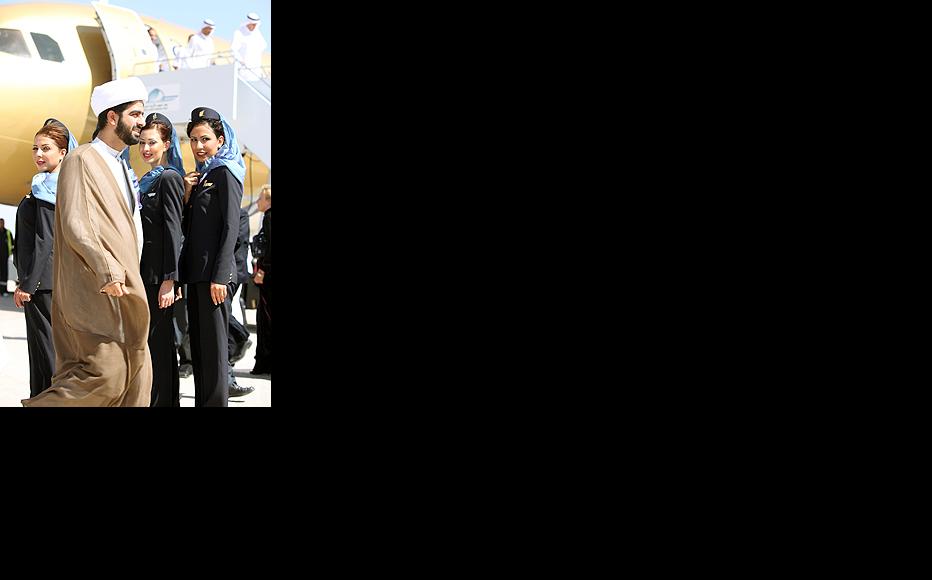 The extended closure of a busy airport in the holy city of Najaf has local officials threatening boycotts and demonstrations over lost profits.

The government suspended overseas flights at Najaf International Airport on April 7 due to an ongoing investigation into an alleged terrorist plot that security officials linked to a local branch of al-Qaeda. Two airport workers, including a pilot, have been arrested in connection with the case, which reportedly involved crashing hijacked planes into the sacred Iman Ali shrine in Najaf.

But local officials are now complaining about the length of the closure, the transparency of the investigation process and the loss of revenue for the Najaf provincial authority.

According to airport manager Sadik al-Laban, a sit-in organised last week by the provincial council was called off at the last minute because of a visit from a delegation from Baghdad - but talks of demonstrations and boycotts continue.

While the airport has been reopened to domestic flights, local officials say the traffic does not generate enough revenue to cover costs. Jawal al-Karawi, a Najaf provincial council member, said protests would be held if the airport remains closed to international flights. This week only one flight from Iran was permitted to land.

“The damage is not only to Najaf,” he said. “It affects the whole country and region.

"The reasons behind closing the airport have not been clear from the very beginning. They first said it was a technical problem; then they said it was security related. We are not convinced of that. We believe that there are ulterior motives.”

Karawi claims that the transport ministry may have exaggerated the security threat to exert control over the lucrative airport.

Minister of Transport Amar Abdul Jabar denied the charge, insisting that Najaf and Baghdad were shut down on the orders of Prime Minister Nuri al-Maliki after the authorities received intelligence reports of a possible terrorist attack. Baghdad airport resumed flights within 48 hours, according to Jabar.

"As for Najaf, the decision was made to keep it closed because it was in the vicinity of Imam Ali's shrine,” he said, adding that Maliki later decided to form a committee to check security at the airport.

Along with the ministers of national security and defence, Jabar visited the airport and held a meeting with the provincial council which he described as "fruitful".

"The presence of foreign security companies greatly reassured us, especially because they use advanced technologies in their security work. I am not undermining the competence of the Iraqi forces, but the situation is serious and we can't afford mistakes," Jabar added.

The disruption comes just as the thriving airport is anticipating significant expansion in business.

Originally a military base, it was developed into an international facility in 2003 through a joint venture with Kuwait.

According to Najaf airport manager Laban, former deputy governor Abdul-Hussein Abtan brokered a deal with the Kuwait-based company Al-Akik, which invested 50 million dollars to develop the site, train Iraqi staff and contract foreign firms to handle security. In exchange, the Kuwaiti company received a 50 per cent share of the airport's annual revenue.

Laban said it has generated 12 million dollars annually in profits, and recent growth has been huge. He said typical daily revenue has been between 60,000 and 80,000 dollars, and is expected to reach 100,000 dollars this year.

He said the airport has some 50,000 passengers each month, mostly due to its proximity to Najaf’s holy sites which draw Shia pilgrims.

"Many airline companies want to increase the number of flights,” he said. “Gulf Air used to have one flight every day, but it has been increased to three. [Damascus-based] Al-Cham Wings used to have two flights every week and it will soon increase this to two daily.”

While popular, the city’s Shia shrines have, nonetheless, long been a source of concern because of the threat of extremist strikes from Sunni-dominated al-Qaeda groups intent on escalating sectarian violence in Iraq.

"It is highly likely that what the security forces announced about a terrorist scheme was true,” said security expert Tawfik al-Yasiri, a retired senior Iraqi army officer.

Furthermore, unnamed US officials confirmed the existence of an alleged al-Qaeda plot to international news agencies but declined to provide details. According to the reports, American officials said it was uncertain whether terrorists would be capable of pulling off the attack.

"There was a confirmed security threat provided to security forces about the probability of the terrorist attacks carried out by al-Qaeda targeting the holy shrine of Imam Ali using airplanes," Luay al-Yassiri, head of security in Najaf province, said.

"The details of this attack are classified. There are many arrangements and steps that can be taken to stop these attacks, but closing the airport is not the ideal solution."

Yassiri said security measures at the airport had been bolstered before and after the closure in cooperation with the United Kingdom-based security company Cyber, which provides the facility with 200 security guards. Najaf International has roughly 4,000 employees.

Following Jabar's visit with the other ministers, Najaf airport was partially opened to domestic flights last week. But this development has been frowned upon by those close to the airport.

"If the opening remains strictly domestic, then we consider the closure much better because no profits will be generated. Large sums of money will be spent on staff and operations," Laban said.

Adnan Blibl, director-general of Iraq's Civil Aviation Authority, defended the airport closure and told IWPR it was a "precautionary measure that could happen in stable countries like the US and the UK". He gave no timeframe as to when the airport would reopen for international flights.

Meanwhile, some officials in Najaf are becoming impatient.

"If the closure was because of a security threat then the threat has been there since the US and al-Qaeda came to our country,” Karawi, the Najaf provincial council member, said.

“It is the government’s responsibility to take the necessary steps to prevent these threats, but not to shut down the airport. If the government handles each threat by shutting down the place, then it has to shut down all airports and holy places and the Green Zone because all these places are subject to threats. Is this logical?"

Hussien al-Obaidi and Ali Kareem are IWPR-trained journalists in Najaf and Baghdad.