No meeting of minds as traders grumble about market facilities put in place for them by foreign aid agency.

No meeting of minds as traders grumble about market facilities put in place for them by foreign aid agency. 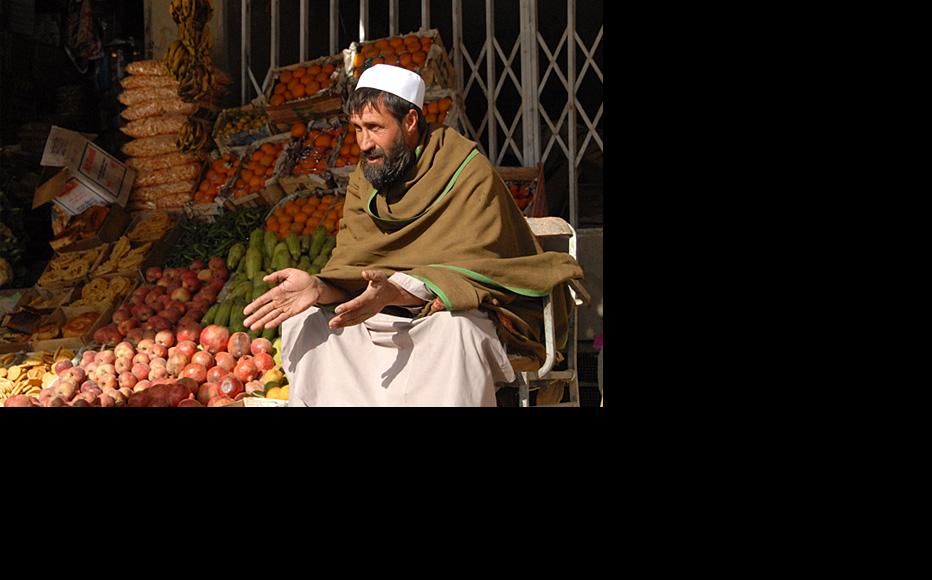 An Afghan grocer. (Photo: Aramis Ramirez/Isafmedia/Flickr)
The link has been copied

One project that has caused particular disquiet is a new market for dried fruit and nuts in the Chora district, constructed this year by the German aid agency GIZ, formerly GTZ.

Traders say the covered market, known as the Karvan Sarai (Caravanserai), is made of low-quality raw materials, largely clay and wood, with plastic sheeting used for roofing. They say a building like this will not stand up to the harsh climate.

“The Karwan Sarai is on the verge of collapse even before construction is complete,” almond trader Mohammad Daud said. “All the poles used in the building have become warped and the roofs are falling down. We don’t want to put our businesses at risk by using this building.”

Abdol Qayum, a tribal elder in Chora district, claimed the original agreement was that the Karwan Sarai market would be made of concrete, but it ended up being constructed with clay bricks.

The head of GIZ in Uruzgan, Marcus Lange, rejected claims that the materials used were inferior or unsuitable.

“The market is built with materials like clay, based on engineering principles that mean it will last 20 years,” he said. “It’s very well built.”

Lange said GIZ consulted local people before the work began building began, but they could not agree on the best way to proceed.

“The building I use as my office is made of clay and I like it a lot,” he continued. “I built the Karwan Sarai out of clay for this reason. It isn’t just my personal preference – most of the houses in Chora district are made out of clay. We also considered the effect of the seasons. If we’d built it out of concrete, it would have been cold in winter and warm in summer.”

More generally, the arguments about the pros and cons of the market appear to reflect an uneasy relationship between local government and international NGOs operating in Uruzgan.

The head of the provincial department for economic affairs, Khodai Rahim, said GIZ had never submitted reports about its activities or budget.

“Every NGO should report to us on its activities every six months, but they [GIZ] have not done so,” he said.

“I can’t give information about the budget,” he said. “But I can say that our activities in Chora district are for the benefit of residents. Karwan Sarai was completed within a year, and 100 labourers worked on it on a daily basis. It was a good employment opportunity for residents of the district.”

The local government chief in Chora district, Mohammad Azim, expressed open hostility towards GIZ, saying its construction projects there, which have included roadbuilding as well as the Karvan Sarai market, were “merely symbolic, and not of benefit to people in the district”.

Locals went to Uruzgan governor Mohammad Omar Sherzad with their complaints about the market, and he promised to investigate. He claimed that foreign aid organisations often left him in the dark about projects they were implementing.

“When the people came to me, I set up a committee which I ordered to obtain the plans for Karwan Sarai and check them to see whether the contract says the building should be made of concrete or clay,” he said. “I will make every effort to ascertain whether the work was done according to plan. We will definitely take legal action if it wasn’t.”

A resident of Chora district, Fazel Karim, said that when Sherzad came to inaugurate the completed market, they told him he should not give it his blessing¸but he ignored them.

“We are confident that the project budget was over two or three million dollars,” Karim said. “If all that money had been spent on the market and all the buildings had been made of concrete, everything would be fine now.”

Mohammadollah, an economic expert in Uruzgan, said the Afghan government needed to be fully aware of what foreign aid organisations were doing.

“It is surprising that money is brought into Afghanistan in the name of reconstruction, yet the government isn’t aware who had that money, where it went and what happened to it,” he said.