Gunmen act with impunity in areas outside government control. 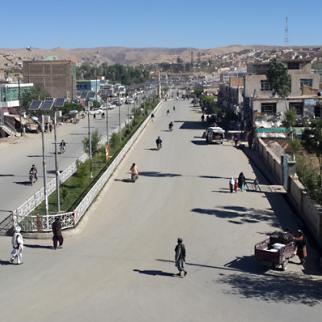 Capital of Ghor - one of Afghanistan’s most underdeveloped provinces. (Photo: Hassan Hakimi)

Gunmen act with impunity in areas outside government control. 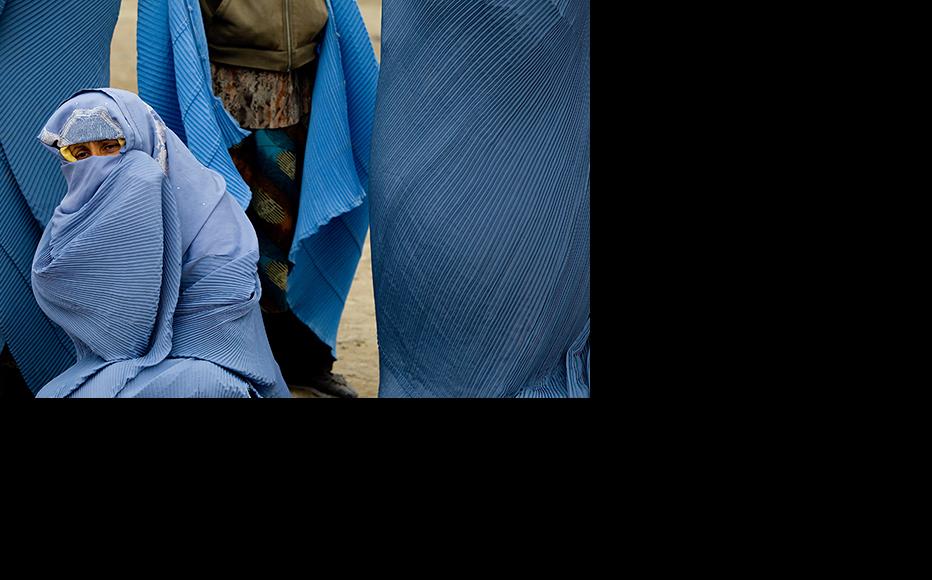 (Photo: Paula Bronstein /Getty Images)
The link has been copied

A case in which a widow was beaten, humiliated and had her 12-year-old daughter sold off in marriage by her former in-laws has illustrated the extent of lawlessness in the southern province of Ghor.

Although aware of the case, the district governor told IWPR that he was powerless to intervene because local militias had far more power than he did.

Ghor is one of Afghanistan’s most underdeveloped provinces, with some areas ruled by insurgents and entirely out of government control. Gender violence, including underage and forced marriages, are widespread.

(See also Afghanistan: Sold for a Herd of Cows).

Guldasta, 45, told IWPR that she had no hope of justice for her abuse. The widow has four sons and two daughters and lives in the village of Barangi in Ghor’s Dowlina district.

Two years ago her husband, Akbar, died. She said that her brothers-in-law Haji Amir and Ghulam Hazrat immediately began to beat and mistreat her, even shaving off her hair to humiliate her.

Guldasta said the two brothers told her that, according to custom, she and her children were now their property to do with as they wished.

Their first action was to seize the 106 sheep and cows she had inherited from her husband.

Galdasta claimed that both men were among the followers of a local militia commander named Bashir, who had commanded them to steal her property and mistreat her.

Haji Amir and Ghulam Hazrat then sold Safia, Guldusta’s 12-year-old daughter, into forced marriage to a 53-year-old Barangi man for 4,000 US dollars.

In an attempt to prevent this, Guldasta said that she spent several days weeping and appealing to her fellow villagers for help, but none was forthcoming.

“The cruel men sold my daughter –like cows and sheep are sold – to an old man who also has other wives,” Guldasta said.

Then Haji Amir and Ghulam Hazrat decided to sell Guldasta and her other daughters off in marriage the same way. With the help of a literate man in her village, she composed a letter of complaint and send it to Ahmad Hussain Danishyar, the Dowlina district governor.

IWPR has seen a copy of this letter, in which Guldasta informed the governor that for two years her brothers-in-law had beaten her, imprisoned her in a dark room and shaved off her hair.

The letter also recounts her daughter’s forced marriage and the threats to her and her other children. At the end, she asks the government to intervene and help her.

Danishyar acknowledged the theft of Guldasta’s cattle as well as the injustice done to her daughter Safia. But he said that he was unable to help her, explaining that it was armed men who resolved disputes in the local area rather than the authorities.

“The law does not work in Dowlina; here, people listen to the gunmen,” he said, adding, “For me, it is not important to know who is at fault; what is important is that the government cannot stop cruel people from their actions.”

Danishyar, district governor for the last five years, said that he received many cases of violence against women on a daily basis, even harsher than that of Guldasta. He made clear that he did not even refer these cases to the prosecutors’ office for fear that he would be attacked himself.

“If I put pressure on powerful individuals today, I will lose this office building tomorrow,” the district governor said.

IWPR spoke to the local strongman, Bashir, who said that although he had no personal involvement in Haji Amir and Ghulam Hazrat’s treatment of Guldasta, beating women was just a normal part of men’s daily routine.

“According to the customs of the people of Barangi village, a woman after her husband’s death, has no authority of her own, let alone to claim inheritance,” Bashir said.

What was unacceptable, he continued, was for a woman to file an official complaint against her male relatives.

As for the forced marriage of Safia to a man 40 years older than her, Bashir said that this too was all part of local tradition.

IWPR tried numerous times to interview Haji Amir and Ghulam Hazrat but with no success.

Abdulhai Khatibi, the spokesman of Ghor’s governor, declined to answer questions about the power that local militia members had to mistreat women.

He said, “Unfortunately, the governor of Ghor province is not aware of Guldasta’s case because this has not yet been reported to him by the district governor.”

Afghanistan
Rule of Law, Women's rights
Connect with us