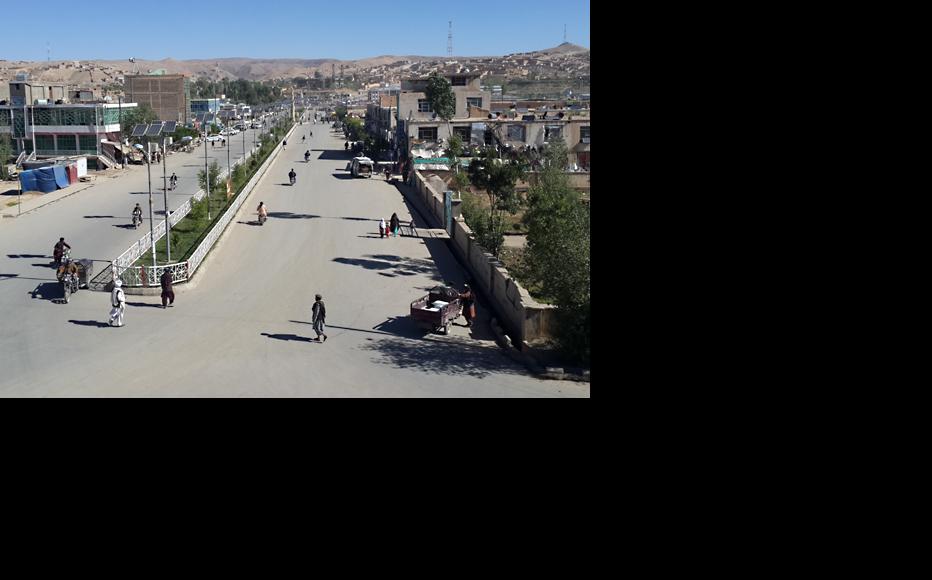 Capital of Ghor - one of Afghanistan’s most underdeveloped provinces. (Photo: Hassan Hakimi)
The link has been copied

Human rights organisations and local officials say that they are powerless to act against a tradition in a west-central Afghan province that means women are being sold into marriage in return for cows and sheep.

Ghor, with a population of nearly 300,000, is one of Afghanistan’s most underdeveloped provinces. Some remote areas are ruled by armed groups and entirely out of government control.

Afghan grooms traditionally pay mehr, or a bride price, to their future in-laws. In Ghor, many families receive livestock or firearms rather than money, and some say this tradition breaks with the original Islamic intent of a bride price provided for women in case of divorce or emergencies.

During a six-month investigation, an IWPR reporter travelled to some of Ghor’s most remote districts including Taywara, Tulak, Saghar, Pasaband, Shahrak and Dawlat Yar, interviewing dozens of tribal elders as well as militia commanders.

Local officials say that they cannot ban the practice as it is too long-standing and warn that changing people’s attitudes could take decades.

Abdul Alim, a resident of the village of Haji Nazar in Doolina district, was happy to reveal that he had married off his three daughters - Gul Badan, Zainab and Ruqia - for the total sum of 250 cows and sheep, one Kalashnikov and 3,000 US dollars.

“You reporters see our getting a bride price as selling girls,” Abdul Alim told IWPR. “However, taking cattle from your son-in-law is a tradition here and I don’t think it is wrong.”

Asked why women were not allowed to choose their own husbands, he replied, “It is shameful for us to ask our daughters that what kind of men they would like to marry.”

Najmuddin, a farmer from the village of Kasi, did express some regret after selling his daughter Lala to a local man, Mohammad, already married with five children – but only because he was yet to receive the full bride price.

“It is a shameful for Mohammad that his wife, my daughter, is about to give birth to a child and he has not yet given me 30 sheep he owes me.”

Mohammad argued that he had already handed over 26,000 dollars worth of livestock to Najmuddin.

Asked why he had spent more than 30,000 dollars on his second marriage, he answered, “Because my first wife was not very beautiful or elegant, I wanted to marry the most beautiful girl from Qatas village and enjoy life.”

Traditions in the conservative province mean that men and women who are not married or close relatives are not allowed to meet. To bypass this issue, IWPR’s male reporter recruited an elderly woman, Bibi, to secretly record an interview with Lala.

Lala said that she had simply been sold like another household chattel.

“In fact, my father took 30 oxen in return for a cow whose name was Lala,” she said, adding that her life was now miserable.

“It is true that I am married, but none of my wishes were taken into consideration.”

Many families consider it a great honour for daughters to marry a local militia commander. They can also expect a particularly large bride-price.

Nasrullah has been the powerbroker in Gharak, Doolina district, for the last six years.

“I have lots of money, weapons and 200 armed men,” he told IWPR. “I have full control of Gharak area and whatever I want I can do, so considering all this why shouldn’t I have eight wives? If I like any girl in the region, I can easily marry her by giving a flock of sheep and cows to her father.”

Saeed Arman is a lawyer who works with Safe House, a state-run refuge for vulnerable girls and women.

He said that its 40 residents, registered between February 2015 and 2016, were all victims of such forced marriages.

“These 40 women who are staying at Safe House are those who were given in marriage to powerful local men by their fathers in exchange for many cattle. Due to the fact that these women could not bear their lives with these men, they fled their homes and were referred to Safe House to find refuge.”

But most women who are forced into marriage find no safe haven.

In a case last year that won local and international attention, a19-year-old woman Rukhshana was killed in the village of Ghalmin, some 40 kilometres from Ghor’s main town Firozkoh, after she was accused of adultery.

In December 2011, her father Abdul Karim, from Odak village, had married her off to Ghulam Yasin, a paraplegic man, in return for 85 cows and sheep.

Rukhshana tried to run away but was arrested by the police and brought back to her father. He then gave her eight-year-old sister Fatima in marriage to Yasin as compensation.

After two nights with Abdul Razaq, Rukhshana ran away again. The Taleban caught her and the man she escaped with and on September 25, 2015 Rukhshana was publically stoned to death for adultery. Her companion was given 100 lashes and released.

Her brutal death was caught in a two-minute video and widely shared on social media.

Her mother, Hanifa, said that her grief was still fresh.

“The Taleban stoned my daughter in front of my eyes. I saw her face covered with blood and heard her screams and shouts. Although I repeatedly begged the Taleban to stop stoning her, they didn’t listen to me.”

Her father Abdul Karim now regrets having forced her into marriage.

“It was me that sold Rukhshana twice against her will,” he said. “My daughter was not killed by the Taleban; [it was as if] I killed and stoned her myself. I didn’t know that selling our daughter would end this way.”

Jawad Ulwi, head of Afghanistan’s Independent Human Rights Commission (AIHRC) in Ghor, acknowledged that the sale of women into marriage had been going on for many years.

“As this issue is now a custom and tradition, we cannot do anything to fight against it. I accept that selling girls is regarded as a major human rights violation, but we neither monitor such cases nor report to Kabul about them.”

Afghanistan’s constitution mandates equal rights for men and women, but local officials also said that they were unable to act against the practice.

“Women in Ghor are actually their husbands’ slaves, not wives,” former Ghor governor, Sima Joyenda, told IWPR in a 2015 interview.

“Women are sold like clothes in a shop and this shows how poor conditions are for them. I feel ashamed and embarrassed to say that I am governor of a province where a young girl costs the same as a few cows.”

However, Joyenda herself was criticised for defending harsh punishments for so-called “morality crimes”. After a court-ordered flogging of a couple accused of adultery in Firozkoh, she told Afghan media outlets that the punishment was in keeping with Islamic law.

“Afghanistan is an Islamic country, Ghor is one of the provinces of Afghanistan, and we cannot disobey what the law of Islam and our constitution say,” she told Ariana TV.

But religious experts noted that Islamic law mandates that both the man and the woman must agree to the union of their own free wills.

Mullah Nizamuddin Habibi, a member of the Ghor religious scholars’ council, said, “The selling of girls is not only forbidden in Islam, but it is also regarded as one of the worst sins and therefore severe punishment awaits those who commit it.”

He said that aspects of sharia jurisprudence were routinely ignored, including the signing of a marriage agreement in the presence of a judge and two witnesses.

For now, the practice remains deep-rooted. One father in the village of Qataas in Firozkoh district told IWPR that he had no regrets about exchanging his 20-year-old daughter for one Kalashnikov and 155 sheep and cows.

He said, “I sold my daughter because the value of one gun is more to me than a dozen unmarried daughters.”