With little access to healthcare, expectant mothers simply hope for the best. 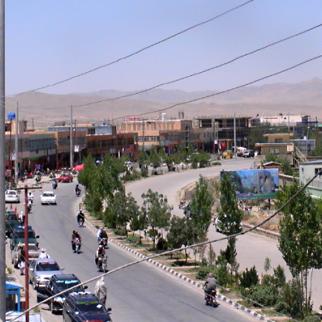 City of Sharan, capital of the Paktika province in Afghanistan. (Photo: IWPR)

With little access to healthcare, expectant mothers simply hope for the best. 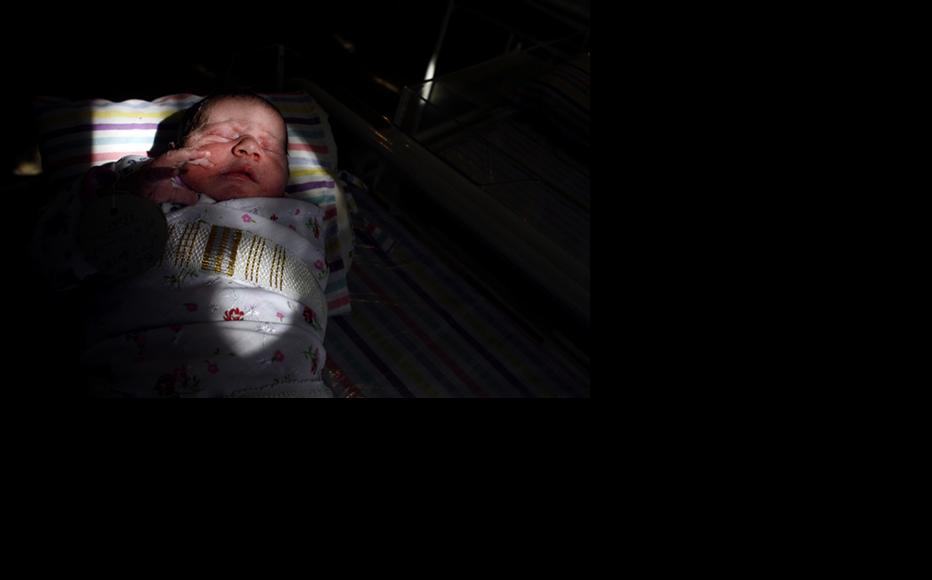 A newborn baby sleeps inside the Neonatal ward at a Kabul hospital. (Photo: Paula Bronstein/Getty Images)
The link has been copied

Healthcare officials in Paktika are warning of a dire maternal mortality rate in the southeastern province, estimating that between 80 and 90 babies die during delivery each month.

Afghanistan as a whole has one of the highest levels of maternal mortality in the world. According to the World Bank figures for 2011-2015, 396 out of every 10,000 pregnancies ended in the mother’s death.

The situation is particularly bad in Paktika, where security is very poor and the population is served by only a handful of hospitals and clinics.

The provincial director of public health, Waligul, explained that women very rarely accessed any ante-natal care at all. Even basic procedures such as pregnancy tests were unknown.

“We only have one female doctor to serve 250,000 women in this province,” he told IWPR.

There are no official figures available for maternal mortality in Paktika, but Waligul estimated that between 80 and 90 babies died during delivery each month, with an annual total of around 1,000.

“We acknowledge all these problems; we do not deny them,” Waligul said.

Zainab, the obstetrician, has been working in Paktika’s central province for the last year. Conservative traditions meant that it was often seen as shameful for a woman to seek medical care during pregnancy or when giving birth, she said.

“Some pregnant women visit a doctor only when their health has badly deteriorated or after their babies have already died,” she said, adding that women generally continued to carry out heavy manual work throughout their pregnancy. Their diet was also often poor, adding to their health problems.

This was born out by Nazmina, a 19-year-old from Mest village in Yousufkhail district. Her husband, Aslam, is from the same village and currently studying economics at Nangarhar university.

She said that during her recent pregnancy she had continued to prepare three meals a day for the 40 members of her husband’s household, as well as caring for the family’s three dairy cows by providing them with water and grass three times per day.

Nazmina mainly cooked beans, lentils and potatoes for the family, adding that they would not like it if she prepared different food for herself, even though during pregnancy she may have needed more protein or fresh vegetables.

One day, when she was full term, Nazmina began bleeding heavily. She said that no-one took care of her for two days until finally her brother-in-law Ali Khan drove her to Yahyakhail village to see a more experienced birth attendant. However, despite her best efforts, the woman could not help her deliver the baby.

Nazmina said that she then had to endure a two-hour drive along a bumpy road, still bleeding heavily, to reach Paktika’s main hospital.

“While the head of the baby was still inside me, and its two feet outside my womb, the doctors operated on me and took the baby boy out. But he was stillborn.”

Madina, a 20 year-old from Yousufkhail village of Yousufkhail district, also had a traumatic experience. She was pregnant within three months of marrying fellow villager Nawab last year

“I spent the nine months of my pregnancy in the cow barns,” Madina said, explaining that she was tasked with looking after her father-in-law’s two goats and four cows.

Every day she had to cut grass for them, feed the animals, milk the cows and make yoghurt. Once a week she had to thoroughly clean the barns.

Two weeks ago, Madina continued, she began feeling pain, and her mother-in-law called an experienced village woman, Bakht Jamal, to her house to help her with the birth.

“Bakht Jamal didn’t manage to deliver the baby, who was a girl, and the baby died during the birth,” Madina. said

Sharifa, from Khairbeen village, said that she had not even understood that she was pregnant until she went into labour in October 2017.

She got into such difficulty that, even though it was against local custom to deliver babies in hospital, her husband drove her into Paktika. But on October 10 her baby boy was stillborn.

“I didn’t know when I was due, and that’s why the boy was born dead,” she said.

In these circumstances, women must do the best with whatever services they can access, however basic.

Nadia, a 25-year-old originally from Kapisa province, moved to Paktika when she married a local man two years ago.

Having attended a two-month midwifery course in Kabul, she currently runs a medical centre in Yahyakhail bazar, 50km away from the centre Sharana.

Nadia said that she saw between 40 to 60 expectant mothers each month, charging 25 US dollars for each delivery.

“In my clinic alone, there have been 18 cases of stillborn babies in the past six months,” she continued, attributing this to the hard physical labour pregnant women were forced to carry out.

For most women, the best they can hope for is the services of an untrained, older local woman who at least had experience of assisting at deliveries.

Bibi Zahida, a 58-year-old from Mashkhil village, said that although she was illiterate and had received no formal midwifery training, she had more than 20 years of experience in assisting pregnant women from nearby villages. She said that she did not charge a specific fee but rather accepted whatever her clients could offer.

Zahida was resigned to a common outcome of childbirth in Afghanistan. She said, “The truth is that in some cases, both mother and child die during delivery.”