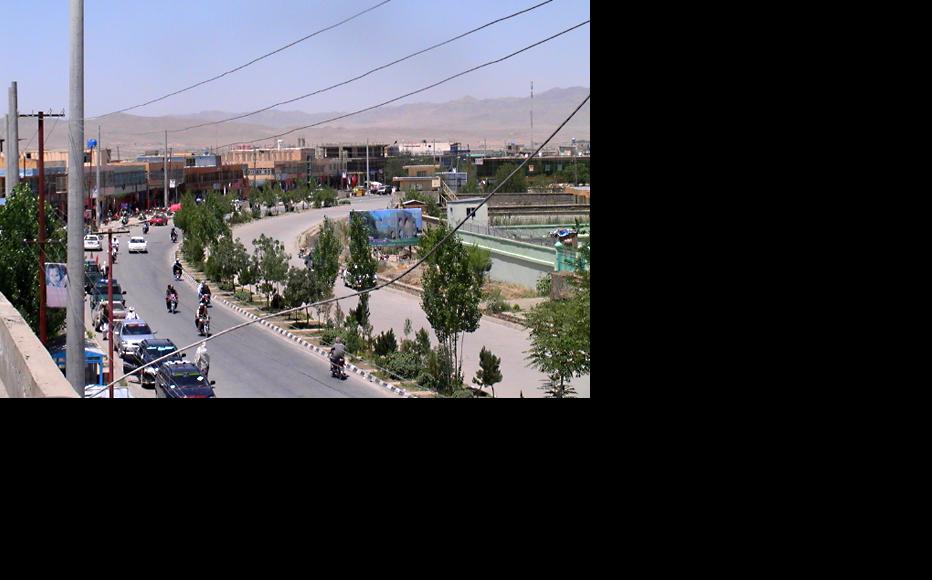 City of Sharan, capital of the Paktika province in Afghanistan. (Photo: IWPR)
The link has been copied

Hundreds of women are dying in childbirth in the southeastern Afghan province of Paktika each year due to a severe lack of antenatal and neonatal care, an IWPR investigation can reveal.

There is only one female doctor in the entire province, and conservative traditions mean that most pregnant women cannot seek help from male health care professionals.

In the absence of any official figures for maternal mortality rates in Paktika, an IWPR reporter spent eight months travelling round the province to collect anecdotal data, carrying out at least two-dozen interviews with local residents in six districts.

Each person interviewed said that they knew of between ten and 30 women who had died in labour or soon after giving birth in the last year.

Local health care officials acknowledge the severity of the situation, but argue there is little they can do. Out of Paktika’s 22 districts, only six have even minimal security.

The province, 170 kilometres southeast of the capital Kabul, has a population of about 550,000 but is served by just three hospitals, five clinics and 18 primary health care centres providing basic treatment.

Most of the facilities are run and funded by Afghan healthcare NGOs, with the government playing a limited role.

Homa, the sole female doctor in Paktika, works in the government hospital in the provincial capital Sharana.

Afghanistan has one of the highest maternal mortality rates in the world.

But due to a lack of formal statistics, especially in less secure parts of the country, it is impossible to accurately gauge.

“I know about the problems of Paktika’s women better than anyone else and I am sure that conditions for women in the province are worse than what reporters suggest,” she said.

“If we were to investigate accurately to calculate the mortality rate, there’s no doubt it would be higher.”

Medical staff and health officials were reluctant to be interviewed on the record.

Speaking anonymously, they too estimated that between 20 and 30 women died during delivery in each of the provinces’ 22 districts each year.

However, they made clear that these deaths were not officially recorded.

The director of a district clinic told IWPR that they were reluctant to report deaths of pregnant women to the health ministry for fear of the consequences.

“Officials in Kabul will dismiss us from our duties for incompetence,” he said.

Khiyali Jan, a 35-year-old driver from the village of ZmariKoot in Yusuf Khel district, told IWPR that in April 2013 his wife Gul Pama was heavily pregnant with their fourth child.

“It was dark when I got home from work. I was so tired. I suddenly realised that Gul Pam, who was in her ninth month, was shouting in pain. I didn’t take her to a doctor because there weren’t any women doctors in the Yusuf Khel clinic, so I found an experienced woman in the village and took her to my home to help my wife deliver.”

Khiyali Jan, his voice cracking with grief, continued, “It was midnight when my sister-in-law came intomy room and told me, ‘Brother, GulPama has died, but your baby is alive.’ In the morning, I went to the village’s cemetery and dug a grave for Gul Pama. Before the sun rose, I buried her with the help of some villagers.”

Khiyali Jan was left to raise his new daughter Amina alone, feeding her on formula milk.

He has spent the last three years devoted to her, and said that he had no plans to remarry.

Sometimes, even seeking help at a local health clinic is not enough to save women in labour.

Ghuncha, a 25-year old from the village of Painda Khel in KhairKoot district, already had two daughters with her husband Yaar Mohammad.

When she went into labour with her third child, Ghuncha’s brother Abdullah defied tradition to take her to the Khair Koot district clinic 10 kilometers away.

“When I reached the clinic, I noticed that there was just one male doctor and a nurse. The doctor told me, ‘I am not an obstetrician. We don’t have any beds and we know nothing about how to help your patient, so it’s better you seek help at another clinic.’”

Abdullah said that he continued to beg the doctor to try to save his sisters’ life, but to no avail.

“When the doctor refused me I decided to take my sister somewhere else, but suddenly I noted that Ghuncha’s hands were really cold and she was not responding to my voice. When I shook her, she didn’t move.”

The young woman was already dead.

“Overcome by sorrow, I took Ghuncha back home and buried her in the village’s graveyard,” Abdullah said.

Paktika lawmaker Najiha Babkarkhel said that the government was not fulfilling its responsibilities under Article 52 of the constitution, which mandates that medical care must be available to all.

“The government has been completely unsuccessful and has failed to provide health services to the residents of Paktika,” she said.

“I agree with claims that Paktika has just imaginary doctors and hospitals. In Paktika, we have high level of corruption and this means that many children and pregnant women lose their lives.”

IWPR asked Wali Gul, head of public health in Paktika, if he was aware of the high death rate as a result of the government failure to provide adequate medical facilities.

“I must admit that we don’t have any female obstetricians except Dr Homa in Paktika and this is the biggest problem faced by pregnant women,” Gul said.

“I agree that the mortality rate for women during delivery is high in Paktika due to a lack of primary health care facilities. However, I cannot say exactly that 200 or 300 pregnant women die each year because Paktika’s public health department doesn’t have accurate figures for maternal mortality rates.”

Gula said that the main obstacles to improving the mortality rate were the poor standards of education among local girls, and ongoing instability in the province that made it hard to attract medical staff from outside.

“You cannot find a single schoolgirl in all Paktika who could graduate from 12thgrade,” he said. “Moreover, doctors from other provinces are afraid of the lack of security in Paktika, so they lack the courage to travel here. What should the government do?”

There are efforts underway to improve maternal care in the province, such a midwifery scheme established in Sharana.

And there are girls who hope for the chance to help serve their community, if given the opportunity.

Helai, a 10-year-old from the village of Malizois a student at the Bibi Ayesha secondary school in KhairKoot district.

Due to a lack of medical care, her mother died shortly giving after birth to Helai, her first child.

Helai is a model student who is dedicated to her studies, and is clear about her motivation.

“I want to become a doctor,” she said. “Had there been a female doctor in our village’s clinic, my mother would be right next to me today.