Lack of facilities in Kunar province means inmates are forced to serve their sentences elsewhere.

Lack of facilities in Kunar province means inmates are forced to serve their sentences elsewhere. 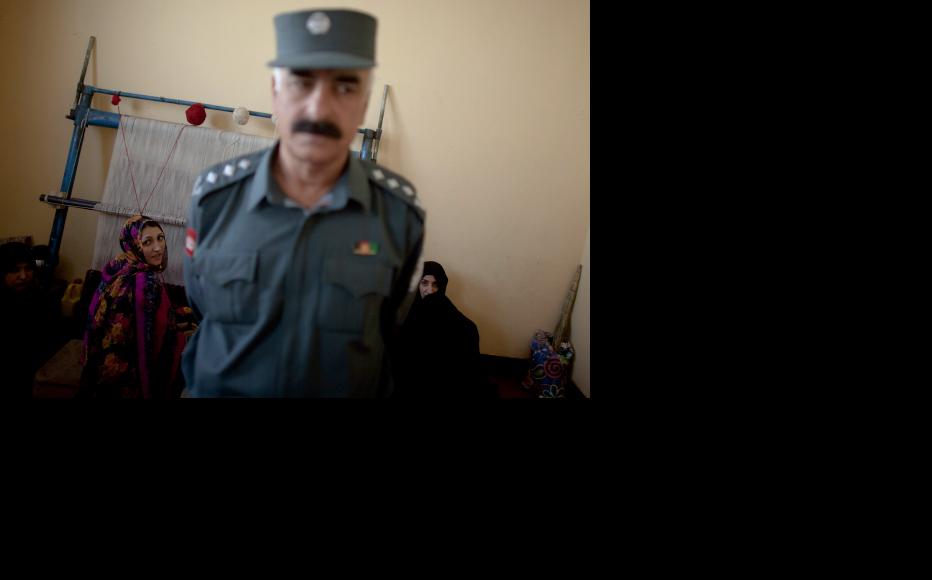 Standing patiently in line outside the gates of Nangahar jail, 54-year-old Khatona wept as she waited to see her daughter Marina.

Khatona - who asked for both her and her child’s names be changed to protect their identities -  said her daughter had been sentenced to 20 years for murdering her husband. Khatona said that because there was no women’s prison in their home province of Kunar, Marina had been sent far away to neighbouring Nangahar.

Crying as she spoke, Khatona insisted on her daughter’s innocence. She said, “If there was a women’s prison in our own province I wouldn’t face so much hardship travelling to visit my daughter. I also wouldn’t have to spend so much money getting here, as well as losing the money I would have earned working.

“Sometimes I sell eggs and yoghurt during the day to make some cash but all of this quickly goes on items my daughter needs and on the cost of travelling here each month.”

Officials at Nangahar prison refused to allow IWPR into the facility to interview Marina, but during a telephone interview, Marina also denied killing her husband.

Her fate, she said, was made worse by being incarcerated so far from home with little contact with her family. Khatona could only afford to visit once a month, and even this was enormously difficult.

“The problems my mother has to go through to visit me trouble me more than my actual imprisonment,” Marina said. “If there was a women’s prison in Kunar, my relatives would at least be able to visit me once a week and my mother wouldn’t face such hardship. I could also see my sisters and brothers.”

The lack of a dedicated prison for female offenders in Kunar is continuing to create difficulties for relatives, inmates and officials alike.

Families of local women convicted of crimes complain they are forced to travel long distances to Nangahar each time they wanted to visit their loved ones, while lawyers say that it hampers their investigation of their cases.

Authorities in Nangahar also argue it is essential to build a women’s prison in Kunar to relieve the burden of overcrowding at their own facilities.

Officials in Kunar say a dedicated prison building for women is planned, but construction has yet to begin.

Khushal Jawad, a legal expert and university lecturer, said prisoners had the right to be imprisoned at locations within their own provinces so as to be close to their families.

“Regardless of their crimes, inmates have the right to access healthcare, food, female police officers when needed and to meet with their own families while in prison,” he said.

“Being away from their homes, and not getting the opportunity to meet with their families is wrong,” she said. “This is a violation of the rights of female prisoners.”

IWPR spoke to a number of lawyers in Kunar who agreed that the lack of a female prison hindered their investigations, as travelling to and from Nangarhar to speak to clients was difficult.

Ajmal Sapai, a criminal lawyer working in Nangahar’s appeal court, said, “Because of the insurgency the highway between Kunar and Nangahar isn’t safe.

“It’s a dangerous road to travel but we’ve no choice if we want to speak to our clients and properly investigate cases.”

Qazi Jamaluddin, the head of Kunar’s appeals court, said that all parties accepted it was a waste of time and resources to transport female prisoners to and from Nangahar for court hearings.

He said, “Each time appeal court lawyers prepare a case in Kunar, their clients have to be brought back from Nangahar and then returned there if the verdict goes against them.

“The Nangarhar-Kunar highway is also dangerous and lots of travelling wastes the time of judges, prosecutors and [hampers] the cases of those accused.”

“Our prison is already too small for the prisoners to live in,” said Abdul Wali Hisarak, Nangarhar’s head warden. “And when prisoners from other provinces are transferred here, the overcrowding obviously becomes even worse.”

The province of Nuristan, which border Kunar to the north, also lacks a prison, although officials there said one was not necessary as all legal disputes were settled quite adequately via “tribal mediation”.

Zahida Faizan, director of Nuristan’s department for women’s affairs, said that few people in the province trusted the courts. “Problems are solved through tribal councils and religious scholars,” she said.

Mohammad Saeed Momand, a spokesman for the provincial governor, confirmed that no women from the province had been jailed in Nangahar.

But in Kunar, locals remain insistent that there is a serious need for a dedicated prison.

Provincial council member Rohina Meshwanai said that she had received many complaints from local women on precisely this matter.

She added, “We’ve shared this issue with central government and we’re hoping the problem will be resolved soon through the construction of a prison.”

Campaigner Breshna Sherzai warned that activists would take to the streets if the authorities fail to build the appropriate facilities.

“If the government doesn’t solve this problem urgently we’ll demand our right through demonstrations,” she said.

Fareedullah Dehqan, head of press for Kunar police, promised that work on a women’s prison for the province would begin soon.

“Kunar will have its own special women’s prison in the near future,” he said. “A three-story building will be completed and made ready to house prisoners in the next six months.”