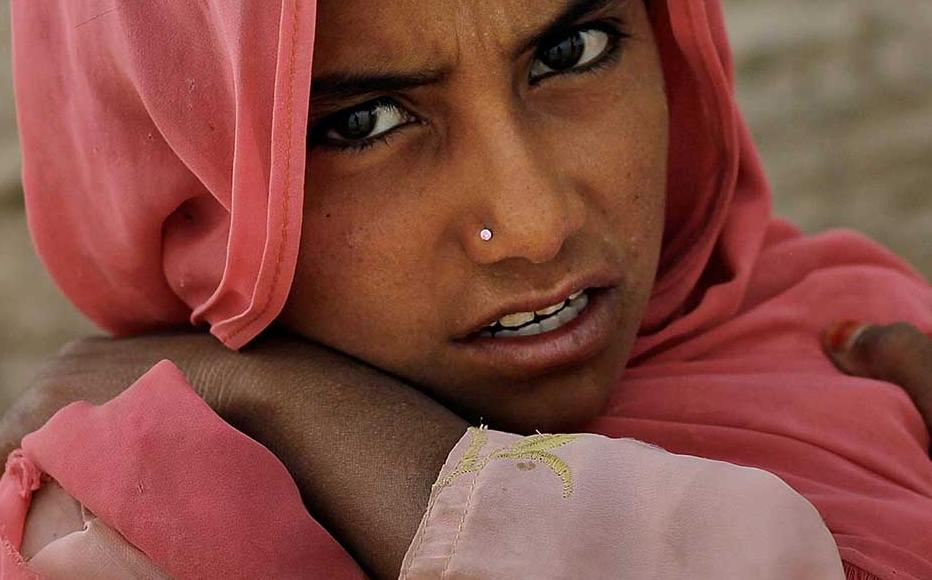 In Afghanistan, the most common ages for girls to get married are 15 and 16. © Chris Hondros/Getty Images
The link has been copied

Bibi Asma was in her cradle when her father promised her in marriage to a boy just a few years older than her.

When she was 15, her fiancé came back from Iran where he had been working to visit her at her home in Lafra, a part of Firoz Koh city in Ghor province.

Bibi Asma said that the boy's family had provided her father with a bride price of some sheep and a cow, worth about 100,000 afghanis (1,500 US dollars).

"I went to bring water from the well,” she told IWPR. “He came there and took me to a room. There he raped me. Then he went back to Iran and asked [his family] to get him another wife. He married another woman."

Child betrothal is commonly practiced in parts of Afghanistan, with marriages sometimes arranged while the children are still in their mother’s womb. Such practices are closely linked to early marriage, and the consequences often ruin women’s lives.

Although both Afghan national law and Sharia mandate that consent must be given for a marriage to be valid, the custom remains rife.

According to article 17 of Afghanistan's civil law, the legal age for marriage in Afghanistan is 16, although it can be as low as 15 with parental consent.

But a UN report published in July 2016 found that the majority of Afghan girls marry before the age of 19, and a full 40 per cent of these marriages involve girls between the ages of 10-13 years old.

Sabnam Sima, deputy director of the women's rights unit at the Independent Afghanistan Human Rights Commission (AIHRC) said that children suffered dreadfully from the consequences of such arrangements.

"Betrothing children in their mothers' womb is a crime according to the law and Sharia," she said, adding that it was also a clear violation of their human rights.

Sima gave the example of a 14-year-old boy who had refused to marry his first cousin. The family had approached the AIHRC for help.

"Mira Jan, a resident of Firoz Koh, was betrothed to his uncle’s daughter even before he was born due to a bet between his father and uncle,” she said. “His fiancé is being raised under the same roof as him but he now says that he can’t even look at her face, and can’t believe she could be his future wife."

The boy told AIHRC that when he learnt of the marriage plans he began to hate not only his cousin but also his father and uncle. He added that if he did not succeed in breaking off the engagement he would simply take a second wife.

Sima recounted another case that had been registered with the local AIHRC branch in October 2016.

"Razia's mother had betrothed her to the son of her brother-in-law while Razia was still in her womb. Now Razia is 18 and the son is also grown up and married [to another woman], but he refuses to allow Razia to marry anyone else."

Razia did not want to become a second wife, and the two families were embroiled in a bitter dispute. Sima said that the AIHRC had asked the ministry of women’s affairs and the local judiciary to intervene to ensure that the engagement was broken off.

Aziza Adalat Khah, the director of the ministry of women’s affairs legal department, agreed that any marriage had to be conditional on the agreement of both parties.

"The absurd practice of betrothing baby girls before they are born is both illegal and against Sharia," she said, adding, "This ludicrous custom is mainly practiced in rural and remote areas of the country where people's level of education is low and they don't understand the principles of Islam and the laws of the land."

She noted that the practice had been banned in the 2009 law on the elimination of violence against women, which mandates a minimum of two years in jail for anyone who forces an underage girl into marriage.

But although the president signed this law, which prohibited a range of abuses from assault and rape to coercive marriages, it was subsequently rejected by parliament in May 2013 and has been shelved ever since.

Some campaigners raise religious objections to the practice.

Women rights activist Humaira Saqib said, "It is un-Islamic and inhumane to marry someone off while he or she is still in their mother’s womb, because marriage is an agreement between two adults to live together. And child marriage is against Sharia because the conditions of a legal marriage are not fulfilled."

Saqib added that there were two principle considerations when deciding an appropriate minimum age for marriage for both men and women. One was religious and another was psychological, and they were complimentary.

She noted that the Koran mandated no specific age for marriage, but included numerous words phrases like "puberty", "maturity of compliance", "maturity of marriage", and "total maturity" that provided guidance.

Religious scholars agree with this view. Keramatullah Seddiqi, an advisor to the ministry of haj and religious affairs, said, "Arranging marriages before a child is born, which is practiced in our country, is illegal in the eyes of Islam. Marriage is a contract, with the principle condition being the agreement between the two parties."

Seddiqi also said that people simply did not know that forced marriage was viewed as unacceptable under Islamic law.

"The ministry has done some work to increase public awareness regarding that evil practice,” he continued. “Seminars and conferences are held with the participation of religious scholars about early marriage, marrying girls off to settle family disputes and the rights of spouses. Meanwhile, outreach is being done through publishing books and articles, preaching in the mosques and placing advertisements in the media."

Early marriage also has a range of health and social implications. Girls are routinely denied access to education, and are often vulnerable to mental health issues.

"A human being needs to grow both mentally and physically before they get married," said Sayed Najib Jawid, a specialist at Kabul Mental Health hospital "Early marriage or betrothing girls before birth harms them psychologically.

“A couple needs to make the conscious decisions to marry, or they will face great challenges,” he continued. “Spouses will argue all the time and that will affect their children's mental health too. Their children will grow up nervous and shy and feel lonely in society."

Saqib noted that early marriage could have disastrous implications for the physical wellbeing of girls and young women.

"First of all, marrying during childhood damages the girls’ health,” she said. “Pregnancy harms the bodies of young girls, and it is a major reason for the death of young mothers aged between 15 and 19. Since women under 20 are not physically developed enough, there is also a high risk that they will give birth to unhealthy children or that their children die just before or right after the birth.

"Secondly, early marriages deprive girls of their childhood opportunities,” she continued. “Most children, especially girls, cannot go to school once they are married which limits their opportunities and keeps them trapped in poverty."