Locals furious that they have no access to network running through their lands.

Locals furious that they have no access to network running through their lands. 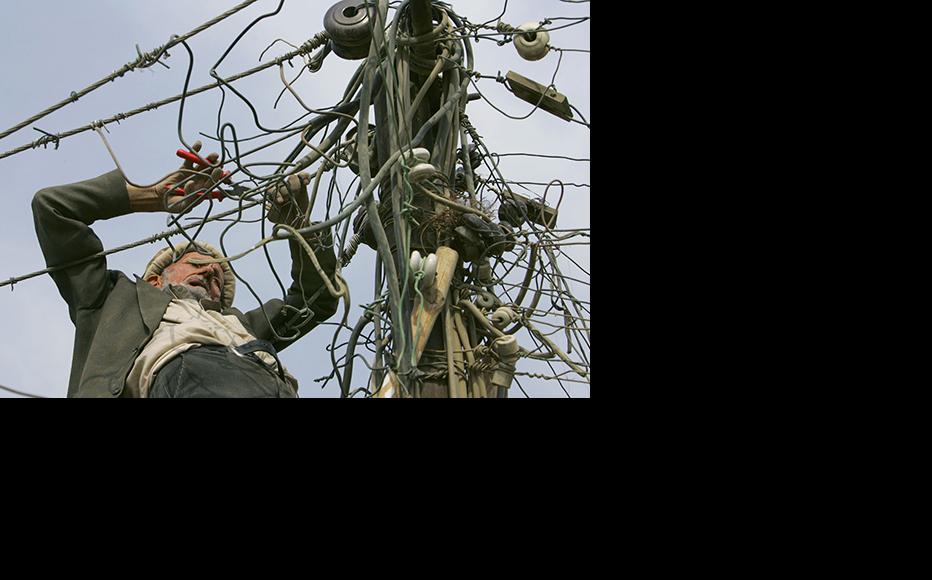 A power line linking two major cities in Afghanistan is being sabotaged by protestors angry that they lack access to electricity themselves, an IWPR investigation has found.

The line supplying power from the Naghlo dam, a hydroelectric plant in the Sarubi district of Kabul to the city of Jalalabad in the eastern Nangarhar province, had previously been damaged by Taleban fighters.

But villagers in Laghman province said that they resented the extensive network of pylons running through their districts without benefitting from the power they provide. They claimed that their attacks were the only way to highlight the government’s failure to ensure more remote areas also benefit from the scheme.

In an interview with IWPR, Niamatullah, head of the village of Garoch in Laghman’s Badpash district, confirmed reports that both civilians and insurgents were behind the attacks.

He said local residents were angry that their houses still lacked electricity and argued that the government could instantly stop the sabotage if they connected the area to the grid.

“I challenge the government to come here and supply electricity to the people of this area,” he said. “If they do and they still find the power lines are cut or disrupted – even just briefly – then they’re welcome to cut off my head.”

Another tribal elder, Haji Sarajuddin, said that power lines had stretched right across Sarubi district since 2013. Government officials had not fulfilled assurances that locals would also be connected to the power supply, he continued.

“The reason why the power lines are being cut is because the government has failed to fulfill its promise,” Sarajuddin said. He went on to claim that both villagers and insurgents operating in the district were to blame, adding, “the militants also live in this area and they want to have electricity as well”.

Ikramullah Abid, the engineer in charge of Laghman’s power supply, said the government was losing significant billable revenue when the power was cut.

“Whenever the lines go down the government ends up losing around 70,000 US dollars an hour,” he said.

Work to install the Kabul to Nangarhar power line began in 2011 and was undertaken by national power provider Da Afghanistan Breshna Sherkat (DABS).

The 60-mile long stretch cost 23 million US dollars and runs from the Naghlo dam across the Ozbin area of Sarubi district and on into Badpash district in Laghman province. From there it turns southeast as it continues on to Jalalabad, the provincial capital of Nangarhar.

A total of 369 transmission towers line the route, providing six megawatts of electricity to Mehtar Lam, the provincial capital of Laghman, and 36 megawatts to Jalalabad.

He said people who owned refrigerators were unable to power them and that factories in the province that produced and sold ice were prevented from operating. He added that fights over the short supply of ice were not uncommon, and in one instance had even resulted in deaths.

Abdul Raziq, a resident of Nangarhar province, said, “During the summer of last year, in the Lalmi area of Chaparhar district, villagers actually came to blows over the lack of ice.

“As a result of this fight three people were killed and two others were wounded.” He claimed similar fights took place every year.

Engineers and officials from DABS said they recognised that a number of districts in the two provinces had yet to benefit from the line’s construction.

They said that work was ongoing to rectify the issue, and that plans to supply the whole of Badpash and Sarubi districts with power were on track to be completed by the end of 2018.

Wahidullah Tawahidi, a spokesman for DABS, said, “Our promises to the people will be kept and the problem over the power lines being cut will be over for good.”

IWPR also approached local Taleban commanders in an attempt to establish whether their men were partly responsible for the attacks.

Despite repeated requests for comment no response was given. However, spokesman Zabihullah Mujahid has previously told the Pajhwok news agency that Taleban fighters had never deliberately targeted the grid.

Instead, he said, fighting in the region had at times led to the line being damaged by mistake after which regional commanders had allowed DABS engineers accessto make repairs. He also suggested that local Afghan police were the ones cutting the lines so that they could then blame the Taleban and discredit the insurgency.