More work is needed to transform a border crossing in Khost into a major entry point to Pakistan.

More work is needed to transform a border crossing in Khost into a major entry point to Pakistan. 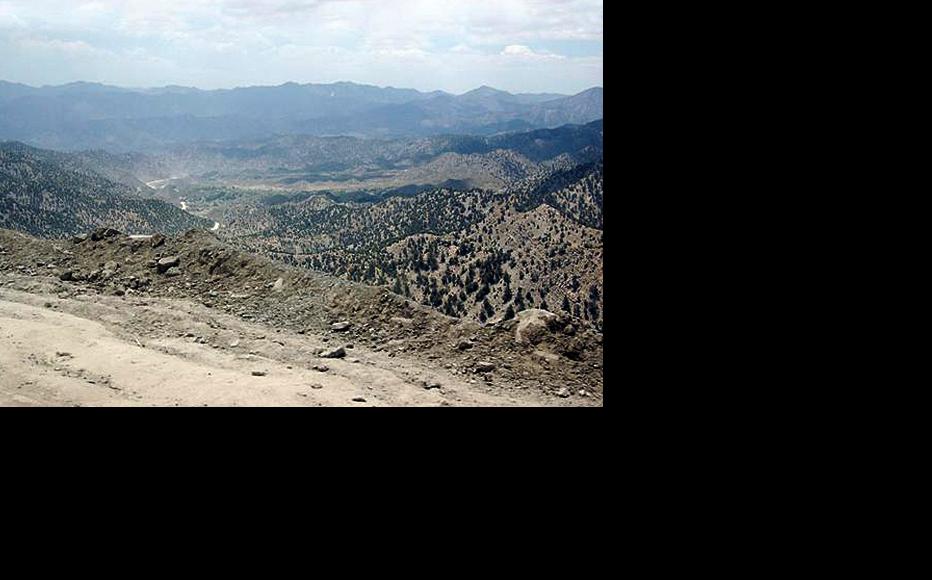 Business leaders in the southeastern Afghan province of Khost have welcomed the redevelopment of a highway leading to the border with Pakistan, but they say central government still needs to step in to ensure the transit route is acknowledged at an official level.

Khost province has one of the most important crossing points with Pakistan, well-located between Spin Boldak in Kandahar to the west and Torkham in Nangahar province, further east.

Traders and local officials in the province complain that the Afghan government has dragged its feet on upgrading the 32-kilometre road from Khost city to the border checkpoint at Ghulam Khan. The road is currently used by some 300 private and commercial vehicles each day. They say that as well as a road upgrade to allow increased traffic and proper infrastructure including a customs house, the authorities should formalise crossing arrangements in a bilateral accord with Pakistan.

“Dozens of traders have met President Hamed Karzai several times and asked him to upgrade Ghulam Khan into a transit route,” Keramat Khan Khepalwak, head of a shopkeepers’ association in Khost, told IWPR. “The president pledged to do so, but no one has yet achieved this.”

A 10.5 million US dollar project to upgrade the route was officially launched in December 2013, with United States funding and an estimated completion time of 17 months. The work will include both a “friendship gate” at the crossing and a customs house.

The head of public utilities in the Khost provincial administration, Mamur Shah, said work to upgrade the road to the border had already begun.

“Road construction is under way… in line with international standards,” he said. “The road will be 11 metres wide, of which seven metres will be asphalted and the rest will left to provide drainage on either side.”

According to Fazela Fazel, director of the provincial customs service, “We are completely ready for a transit route as we are in the process of building a new custom house with good facilities. This project is costing us 5.2 million dollars, funded by the US government. The building will meet all international standards for a customs office.”

However, the head of Khost’s chamber of commerce, Nawab Amirzai, said the new frontier and customs arrangements needed to be set out in an official memorandum of understanding between the Afghan and Pakistani foreign ministries.

“The road will not count as a transit route until it is officially accepted and declared as such by both the Afghan and Pakistani governments,” said Amirzai. At the moment, he said, “We cannot shift goods from Central Asia to Pakistan or vice versa, because the route is not officially recognised.”

He added that business leaders across the border in Pakistan’s Khyber Pakhtunkhwa traders also saw the value of the Ghulam Khan route.

Amirzai explained that official status would allow import and export procedures to take place at Ghulam Khan. At the moment, he said, traders avoided using the route because they had to go into Khost city to complete these formalities. They were also paying 300 to 500 dollars more on every 20-tonne freight consignment than they would on other routes.

Traders agree that once the arrangements are sorted out, Khost will offer a shorter and hence cheaper route than the alternatives.

Haji Din Wali, the head of the retail union for Khost province, said that trade from nearby Paktia and Paktika provinces currently went via Torkham in Nangarhar province, rather than the more direct Ghulam Khan route.

“If a businessman is going to Pakistan from those southern provinces, he has to stay one night in Kabul and probably at least two nights in Nangarhar to take goods to Pakistan or import them from there,” he said. “The trip costs each trader more than 100 dollars, whereas it would cost 30 dollars using the Ghulam Khan route.”

The deputy director of the Afghanistan Chamber of Commerce, Janan Alokozai, agreed that Khost offered a very direct route into Pakistan.

“The Ghulam Khan route is 450 km to the port of Karachi, meaning that it’s a shorter and more advantageous route than the Nangarhar-Torkham one, both for Kabul and for the southern provinces,” he said.

Alokozai noted that upgrading the route had been written into a previous bilateral agreement on transit trade.

Some officials in Khost suspect that the project has been held up by vested interests in Kabul, specifically in the finance ministry which holds the purse-strings.

“The low representation of Khost people in central government has meant that too little attention has been paid to this province,” Amirzai said. “In addition, in the event that Ghulam Khan becomes a transit route, Nangarhar will lose much of its previous significance, and its revenues will fall.”

Finance ministry spokesman Abdul Qader Zewak denied that there was any bias against Khost, and said his department were fully behind the new route.

Abdul Qayoum Nasrat, an economist in Khost, says the province and others near it stand to gain in all sorts of ways.

“If it becomes a transit route, this will contribute to developing the economies of Khost and Paktia provinces,” Nasrat said. “The poverty rate will fall. People will find job opportunities as traffic increases. They’ll build petrol stations, hotels, shops, garages and parking lots. And as they get involved in business, terrorism will also decline, since people will opt to live happily rather than fight.”

Ahmad Shah is an IWPR-trained reporter in Khost province.

Pakistan, Afghanistan
Economy
Connect with us