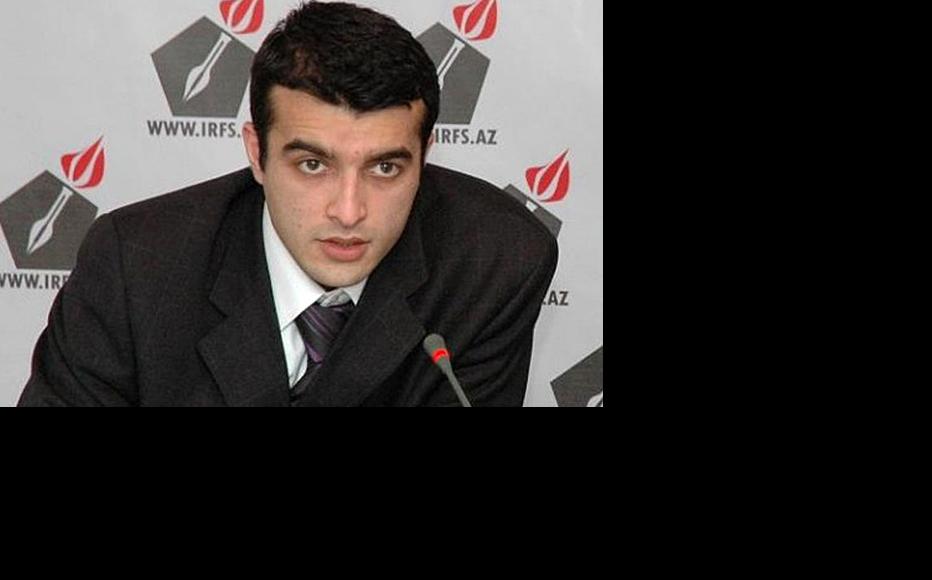 Rasul Jafarov, chairman of the Human Rights Club, is in detention awaiting trial. (Photo courtesy of R. Jafarov)
The link has been copied

Azerbaijan has arrested a series of human rights activists in what experts warn is a growing crackdown on independent voices.

A court ruled on August 2 that Rasul Jafarov, director of the Human Rights Club, should be held in detention pending trial. According to prosecutors, he failed to register grants from Western organisations, including the National Endowment for Democracy, engaged in illegal business activities and avoided tax on 148,000 manats (190,000 US dollars) of earnings.

Jafarov denied the charges, insisting that “we have engaged exclusively in human rights activities, and will do so in future”.

His lawyer, Khalid Bagirov, said the allegations were absurd.

“How can you accuse someone who doesn't hold an official post of abusing his powers?” he asked. “Jafarov is not the head of a registered NGO; he just coordinates projects. The allegations of tax evasion are also unfounded. On July 31, Jafarov handed financial documents to investigators, and was arrested and charged two days later.

“It’s literally impossible to study all those documents in two days,” he added.

On August 4, Amnesty International recognised Jafarov as a prisoner of conscience, one of 20 in Azerbaijan.

“Independent human rights and pro-democracy organisations have long faced harassment and restrictions in Azerbaijan,” the rights group said in a statement. “The refusal to register NGOs leaves their leaders with no choice but to operate outside the strict legal framework, which is later used by the authorities as a pretext for their criminal prosecution.

“The charges against Mr Jafarov relate to his work for the Human Rights Club NGO and appear to be directly linked to recent changes in Azerbaijan's legislation covering non-governmental organisations,” they said. “The arrest of Mr Jafarov, coming so soon after the arrest last week of Dr Leyla Yunus, adds to the impression that the authorities are systematically restricting the space for public discourse and civil society in Azerbaijan.”

Other recent arrests have included blogger and social media activist Faraj Karimov, detained on July 23 and charged with possession of drugs. He faces a five to 12 year sentence. His brother Siraj had previously been arrested on the same charges on July 17, and their lawyer Nemat Karimli said the government was acting illegally.

“They are both members of the [opposition] Musavat party, which is why their family has always had problems from the government. The brothers’ rights were violated, and I was not allowed to meet with either Faraj or Siraj before the court cases,” he said.

Faraj Karimov is well known on social media under the username Turan Turk, and was the administrator of ISTEFA – “Resign” – the largest Azeri-language page on Facebook which had 300,000 subscribers before it was closed down in July 2013.

He then created a page called BASTA, which has 155,000 subscribers, and is also the administrator of the Musavat party’s website.

Another Musavat activist, Khagani Mammad, was arrested on August 2 on hooliganism charges, with his lawyer Elman Fattah similarly convinced that this action was politically motivated.

“Khagani Mammad was head of a regional Musavat section for more than ten years, and his stance made the government angry at every election,” Fattah told IWPR. “He also defended local residents’ property rights. It is ridiculous to charge a 60-year-old intellectual with hooliganism.”

Zohrab Ismayil, head of the Centre for Assistance to the Free Economy, said the serial arrests indicated that the government had launched an all-out campaign against civil society groups.

“At the moment, the bank accounts of eight NGOs in Azerbaijan have been frozen, and there are tax inspections going on at six of them, including our organisation,” he said.

Natiq Jafarli, executive director of REAL, an opposition movement, said Baku was trying to remove dissenting voices before it decided whether to develop its alliance with Moscow or make a strategic shift towards Brussels.

“The government is trying to destroy all the NGOs and public figures that do not support its policies. Today Azerbaijan must make a choice between the European Union and the Eurasian Union [a Russia-led trading bloc]. All the people who have been arrested and prosecuted support European integration,” he said.

“These arrests suggest the government is protecting itself from protests by people who believe in European values if it ends up having to agree to join the Eurasian Union. There is also a parliamentary election in 2015, and they are neutralising the most active people in the country.”

However, Ali Hasanov, the head of the political department in President Ilham Aliyev’s administration, denied there was any coordinated campaign against activists or NGOs.

He told the state news agency AzerTac that the government guaranteed pluralism and protected the rights of all political parties and NGOs.

“Azerbaijan is the leading country in the region and in the former Soviet Union,” he was quoted as saying.

Hasanov added that everyone had to abide by the law of their country, whether they were in Azerbaijan or the EU.

“These people, who are declared to be ‘famous’ in the statement from Ashton and Füle… but who are not well-known to the general public in our country, are suspected of involvement in specific criminal acts, have been arrested by the relevant authorities and ordered to be held in detention by the courts,” he said.

Afgan Mukhtarli is a journalist in Azerbaijan.