Platform helps activists and writers from conflict regions come together.

Platform helps activists and writers from conflict regions come together. 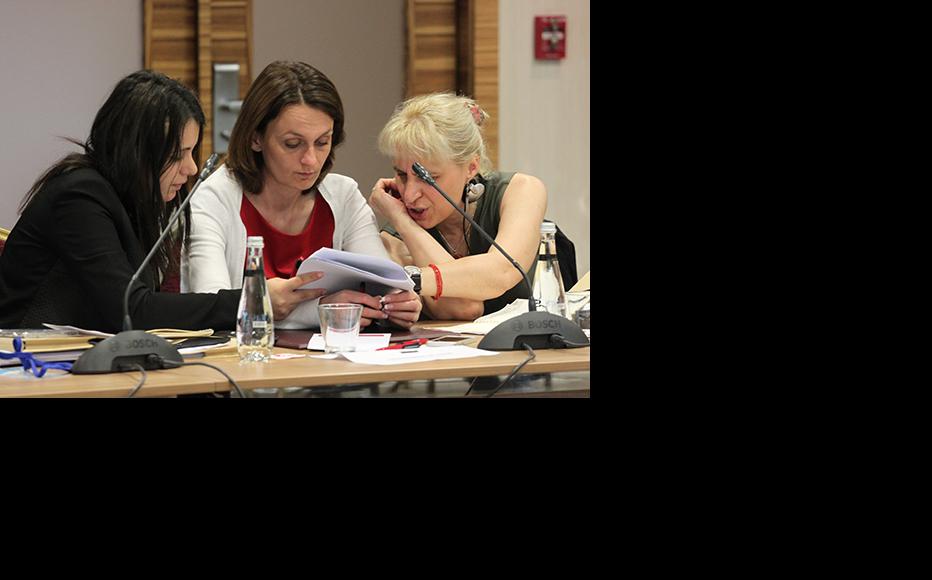 A workshop with Georgian, Ossetian and Abkhaz activists and journalists in Istanbul. (Photo: IWPR Caucasus) 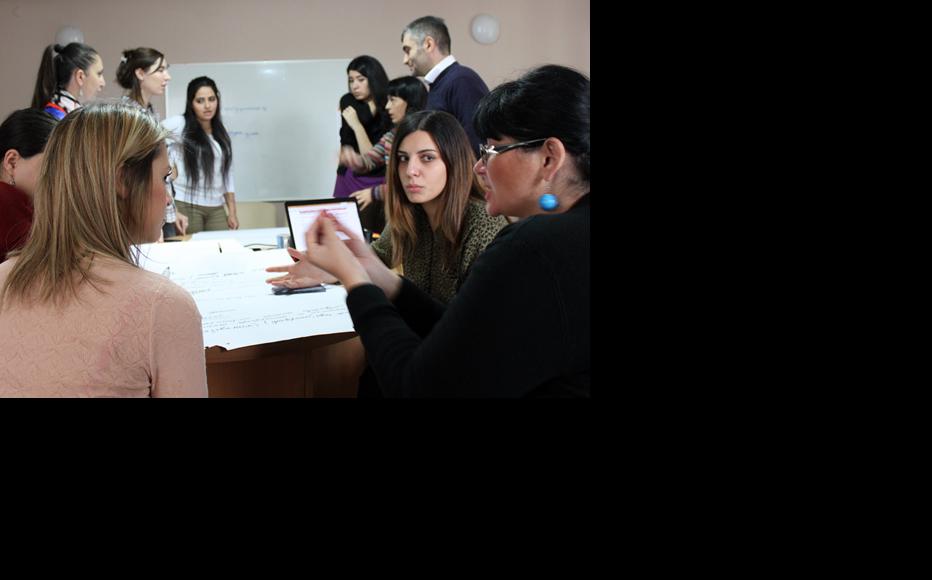 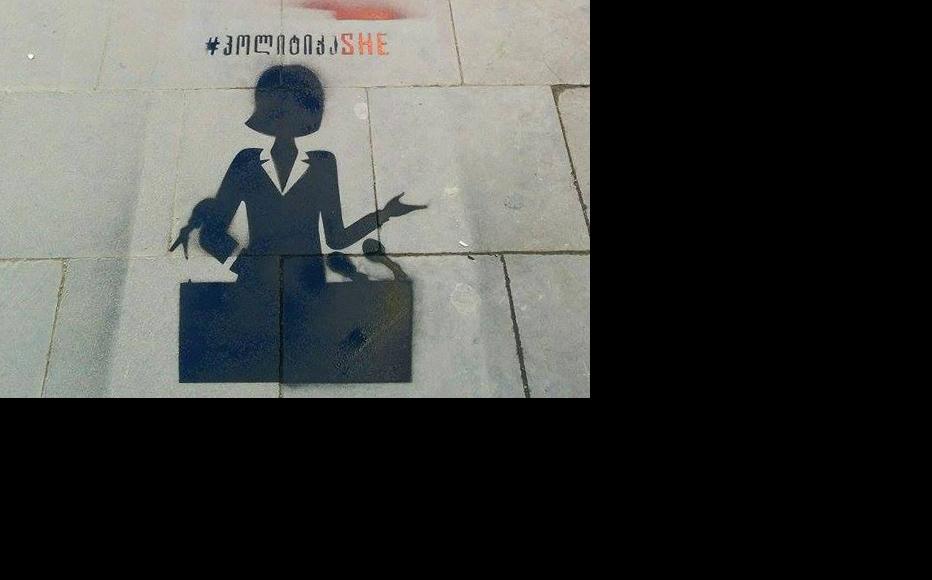 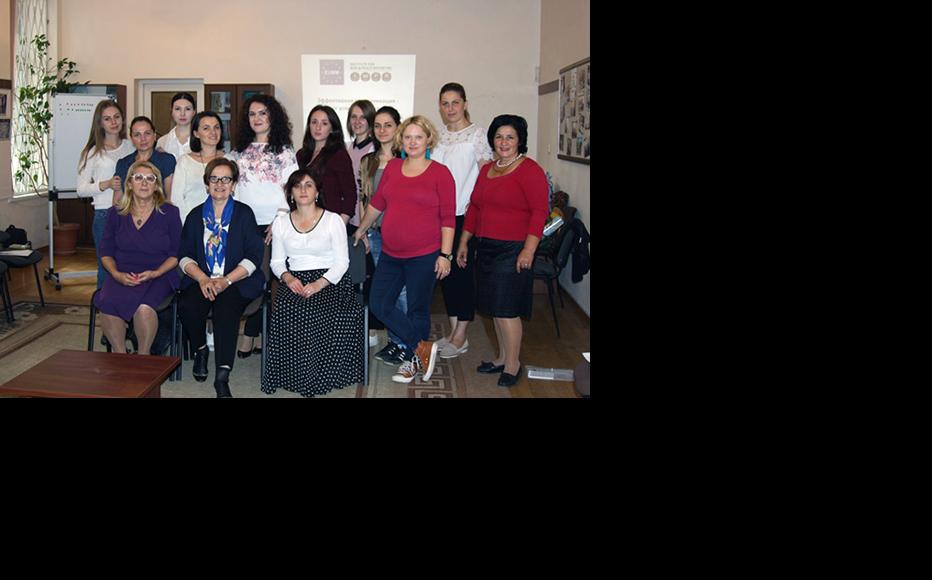 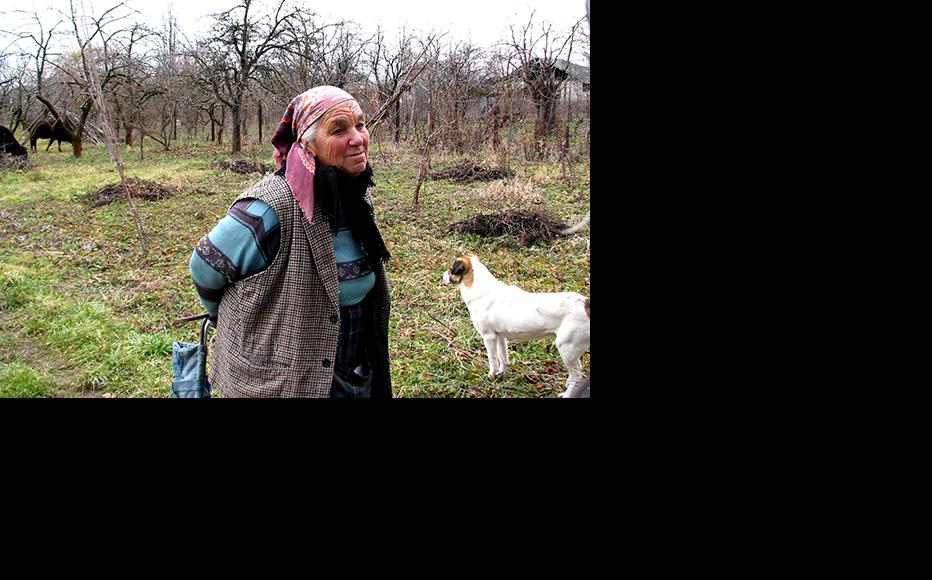 An elderly lady in Zardinatkari village which is divided between Georgia and breakway South Ossetia tells her story to journalists from Women-peace.net. (Photo: IWPR Caucasus) 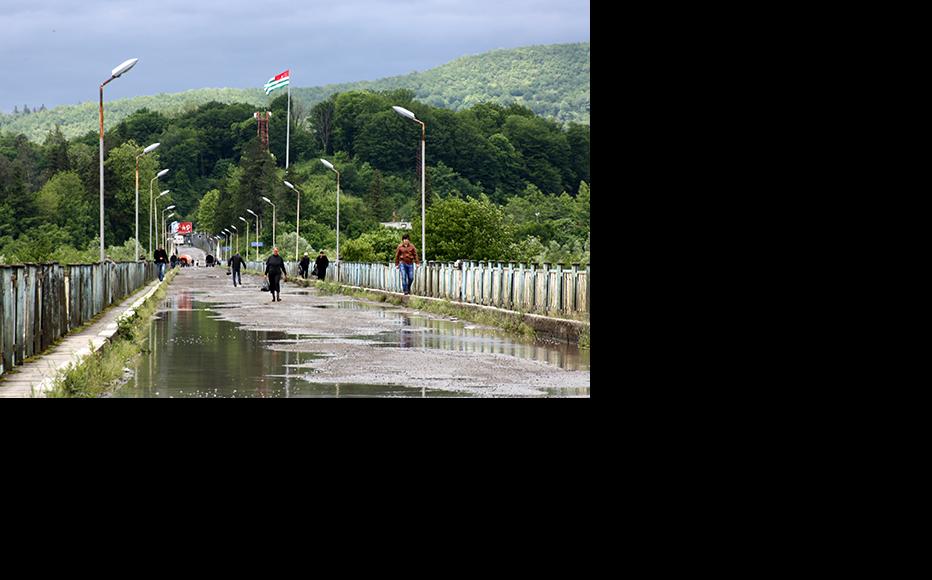 The Inguri bridge connects breakaway Abkhazia with Georgia. Every day, hundreds of women cross on foot to trade or visit their relatives. (Photo: IWPR Caucasus)
The link has been copied

An online forum for women in conflict-divided regions of the South Caucasus is providing a vital space for female participation in peace-building, political and economic processes.

IWPR’s South Caucasus programme launched the independent Russian-language site women4peace.net in 2012 as a part of the project Women Connecting for Peace – The Voice of Change, which promotes activism and confidence building.

In the five years since, Women-peace.net has built up a strong network of contributors and readers in Georgia, Abkhazia and South Ossetia.

“Women-peace.net is a significant platform for people with the same goal – peace,” said Elena Rusetskaya, head of the Women’s Information Centre in Tbilisi, explaining that online resources could be key in creating ties between societies divided by conflict.

“Here you can build networks, make contacts, gain trust and come up with ideas around peace-building. It is important that politicians should hear women's voices, which in most cases are not taken into account.”

Relations between Georgia and the breakaway territories of Abkhazia and South Ossetia have been tense ever since they declared independence in the early 1990s.

In 2008 Russia recognised Abkhazia and South Ossetia as independent states, but Georgia still claims its sovereignty.

The conflicts of the early 1990s took their toll on women too and in many cases reversed traditional gender roles, with mothers and wives becoming family breadwinners and community leaders.

But positive female role models rarely feature in local media, and women are under-represented in political and peace-building processes.  Women-peace.net has tried to fill this gap.

“The site is a good platform that gives journalists the opportunity to show the life of women in their region; these are living, true, human stories, which give us an understanding of the situation,” said Irina Yanovskaya, a writer from South Ossetia, who heads the Journalists for Human Rights NGO.  “We gain new insights through our colleagues’ materials, which is very important for stimulating new ideas on the ground in the direction of women’s rights, peace-building and so on.”

Erika Kvapilova, UN women country representative in Georgia, agreed that such platforms were central to maintaining lines of communication.

“Information sharing, objective reporting and unbiased storytelling is an important way for people from conflict-divided communities to remember what they have in common rather than what divides them,” she said.

“Women’s voices are frequently silent during conflict and post-conflict situations. Without them, however, the story is not complete. And not only that: without knowing a complete story it is imaginable to prevent bad things from happening again. Fortunately, today’s technology allows these voices to be heard and talk to each other, despite boundaries and physical limitations… Women-peace.net provides a platform for such dialogue that unites women for building peace.”

Natela Akaba, who heads the Association of Women of Abkhazia, said the project had showed participants that they shared many of the same social challenges. The issue of domestic violence was one, she continued.

“It’s no coincidence that all the societies have experienced armed conflicts, and as we all know in post conflict countries the level of aggression is extremely high, which leads to violence against women,” Akaba said.

IWPR Caucasus has also trained hundreds of activists and journalists as part of the women-peace.net initiative.

“For me, as a journalist, IWPR has given me a lot,” said Arifa Kapba, who works for Abkhazia’s state TV channel. “For the first time I was able to learn that in our society there are a number of gender-related problems. I never realized the depth of the problem, for example, the topic of domestic violence was totally new for me. During our training I realized how few, indeed, the connections between journalists and public organisations are.”

New partnerships have been fostered through some ten third-country cross-boundary workshops in Yerevan and Istanbul. Contributors also produced more than 320 multimedia pieces, including photo and video reports, and designed a special module on gender-sensitive reporting.

Female activists, especially those from more remote areas, can often feel isolated. The website has provided a common space where contributors can share experiences and support each other.

“This platform gives the women of Abkhazia an opportunity to be heard outside of the country and feel themselves to be part of a common endeavour promoting women’s rights all around the world,” said Kama Argun, a gender rights activist from Abkhazia. “It’s very important, because we are isolated and there are very few similar platforms.”

For some contributors, the project has proved particularly moving.

“I am half Ossetian and the conflict has divided my relatives and those closest to me,” said Nino Popiashvili, a philology professor at Ivane Javakhishvili Tbilisi state university and a researcher at the Centre for Georgian-Ossetian Relations.

“I write about Ossetians living in Georgia and about relationships between our people; I wish we could find a ways of peaceful co-existence.”

women4peace.net is part of IWPR’s broader regional programme, supported by the Norwegian Ministry of Foreign Affairs. It was initially co-funded by UN Women and later by USAID, the Women’s Information Center and the European Union Monitoring Mission in Georgia.