IWPR partners move efforts online to meet the challenge of the pandemic.

IWPR partners move efforts online to meet the challenge of the pandemic. 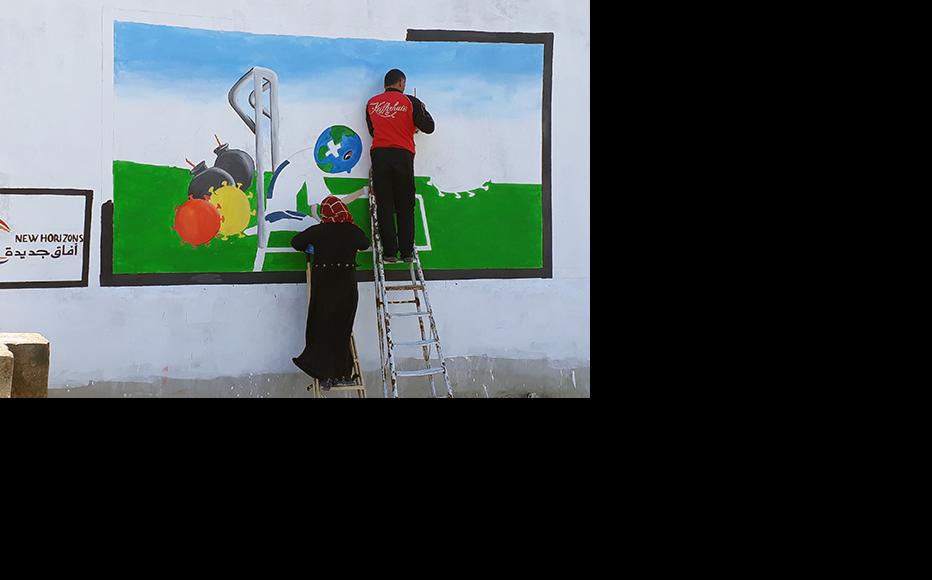 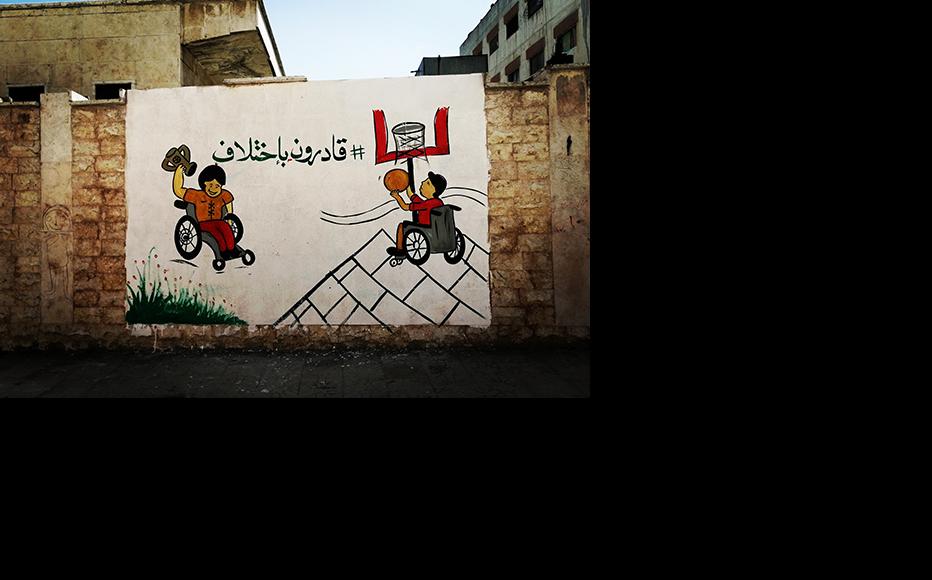 Capable With Our Difference campaign.
The link has been copied

Disability campaigners supported by IWPR in Syria are working to raise awareness and provide psychological support to their wider communities amid the coronavirus crisis.

The activists, part of an IWPR programme to increase the involvement of marginalised groups in local advocacy, are using social media to emphasise the importance of maintaining hygiene and protecting those most vulnerable.

Mussab, from the city of Azaz in north west Syria, has been suffering from diplegia, a paralysis of corresponding parts of both sides of the body, for the last six years. He that his own experience of disability and isolation could help others now struggling to deal with the impact of the pandemic, with social media a perfect campaign tool.

Mussab is a member of the STEP Group-My Name, a representative body set up by people with special needs as part of IWPR’s Women’s Empowerment for Peacebuilding in Syria (WEPS) project.

Although STEP Group-My Name was formed to campaign for people with special needs and those disabled by war, providing rights training and counselling sessions, it has now extended its work to raising awareness around coronavirus.

“I see people begin complaining nagging about being at home for one month; for the last six years I have spent almost all of my time at home, but I tried to fill my time at home building my capacity through reading books, educating myself and building hopes,” he said. “I am now supporting people and asking them to stay home to be safe and keep others safe, because it only will be for a short time and the Covid-19 phase will pass.”

The Covid-19 crisis is proving particularly serious in a country ravaged by nearly ten years of war. As well as mass internal displacement, communities often lack vital services such as clean and reliable water supplies. This makes basic protective measures, such as the recommendation to regularly wash hands for 20 seconds, very difficult to implement. Advice to self-isolate is also hard to put in place.

Ahmad Albeak, of The Youth for Change Group in Idlib city – another group formed as part of IWPR’s advocacy campaign – also said that those he represented were used to self-isolation.

"We are people with special needs,” he continued. “We feel that we are among the most vulnerable to infection. Most of us need help in completing sterilisation and hygiene procedures, but on the other hand, we are more adapted to the quarantine because we are used to it."

Other IWPR initiatives in response to the potential coronavirus crisis in Syria include a campaign to distribute 300 hygiene kits with messages on combatting domestic violence during lockdown.

Another project will produce videos highlighting the conditions faced by detainees inside Syria and the potential disaster if Covid-19 is allowed to spread in prisons, while a women-led initiative will produce a newsletter on the response to Covid-19 in the Euphrates Shield areas.

The WEPS programme will also be supporting women in the Idlib area to produce 7,500 face masks, boosting public health efforts and personal empowerment.

WEPS aims to increase the participation of marginalised groups in public and political life as positive change agents, leading to greater citizen input into decision-making processes.

The goal is to promote a multi-ethnic, multi-religious society that respects the rights of all people in order to build a sustainable foundation for post-conflict peacebuilding, coexistence, and democratic governance in Syria.

“When the threat of Covid-19 began to escalate in February, the teams decided to incorporate the concerns that Covid-19 could have as an effect on gender-based violence and peacebuilding and we have incorporated some of these ideas into eight of our ongoing campaigns,” said Thana'a Jebbi, IWPR Syria senior programme coordinator.

Zeriab Saadi, the CEO of Steps Towards Peace – an IWPR-supported NGO based in al-Hasakeh city working on humanitarian responses to the Syrian civil war - emphasised that the threat of the virus was one all people had to face together.

"The corona pandemic, which has been spreading almost all over the world, can attack all people regardless of their ethnic and sectarian backgrounds,” she said. “It does not distinguish between white or black, or between Arab, Kurdish, Muslim or Christian. We are here preparing to confront the coronavirus, united together."