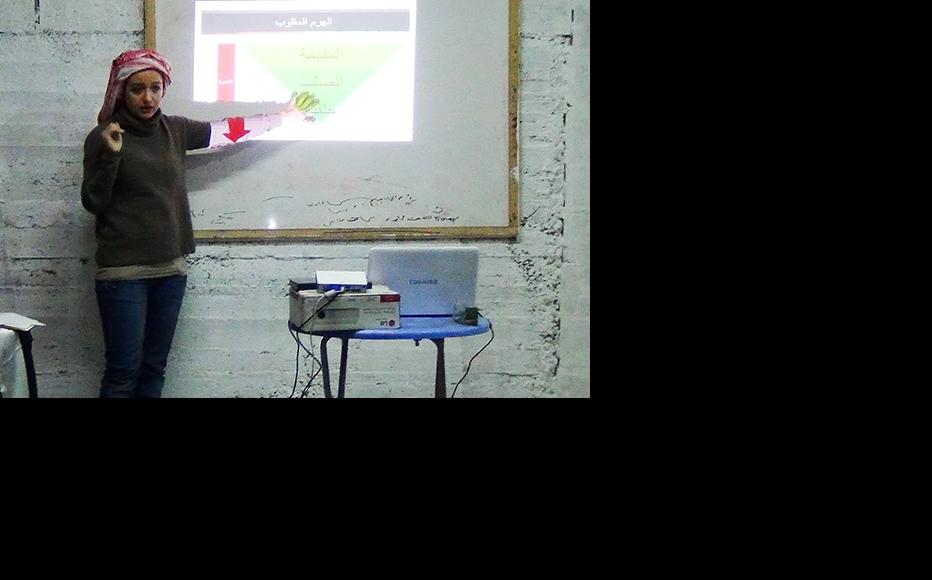 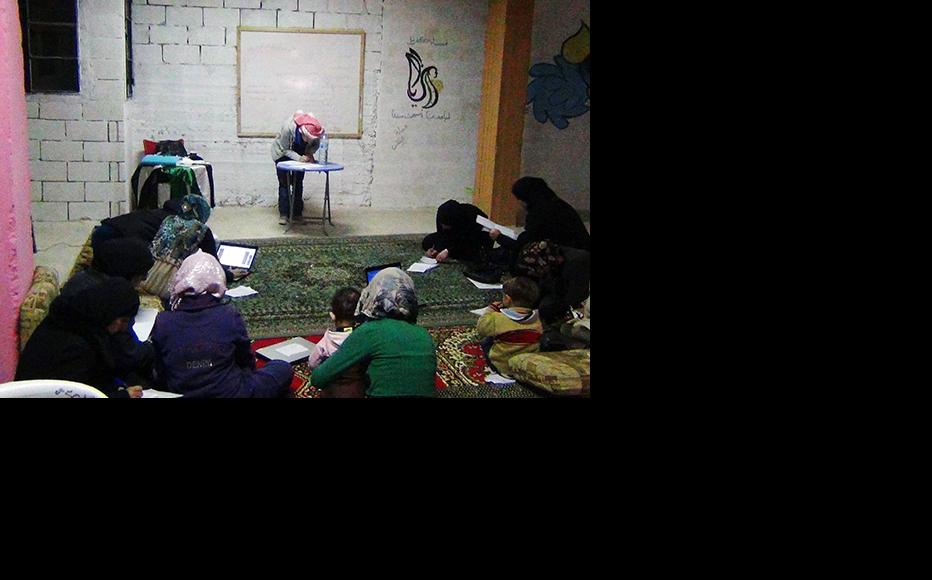 Mother-of-five and teacher Hadia Mansour had her first taste of journalism when she attended an IWPR course in 2015 in the Syrian city of Idlib.

Five years later, she is not only making a living freelancing for numerous regional and international outlets but has also gone on to train other Syrian women who have followed in her footsteps.

“I’ve published more than 500 articles, including reports, features, profiles, investigations and news stories from when I started working in journalism until now,” said Mansour, 39, originally from Kafr Nabl in the southern countryside of Idlib.

At the time of the training, Idlib had just come under opposition control and extremist Islamist groups were becoming more and more powerful. Amid the ongoing conflict, it was increasingly hard for women to take part in activities outside the home.

Nonetheless, Mansour attended the whole of the five-day workshop with IWPR trainer Zaina Erhaim, sometimes forced to take one or more of her children along with her.

“She was among the most dedicated trainees,” recalled Erhaim, now IWPR communications manager. “She asked lots of questions and at the end of the training wrote a feature that was already good enough to be published on our website. She has been writing for us ever since.”

“What motivated me to go through this was my sense of the importance of journalistic work at that stage,” explained Mansour. “The region was going through one event after another without enough media coverage to convey the true picture of the killings, bombing and displacement, and to stand up to the dishonesty and misinformation of the regime media.

“Through my work, I wanted to deliver a message of positive support for women on the ground, as well as rejecting the ongoing violations we faced,” she continued. “The first article I wrote was a news story about Syrian women detainees and the difficulties they face inside and outside prison.”

This piece was published on the IWPR platform Damascus Bureau, since re-launched as Syria Stories, and Mansour continued to focus on humanitarian, economic, corruption and social issues in her future stories.

Her work has included contributions to outlets including Al-Monitor, Akhbar Al-An, Al-Gomhoria, and Al-Nabd, as well as working as a managing editor for a local magazine and being part of the Syrian Female Journalists Network (SFJN) Gender Radar team.

Wanting to pass on her skills, Mansour then organised a free journalism training for ten aspiring writers in her own home.

One of her trainees, 23-year-old Nayef Al-Biyush, was inspired to not only begin writing and selling articles but to study journalism at university.

"I always dreamed of working in the field of journalism, but was sure this dream was out of reach because studying media was confined to the University of Damascus where the criminal regime had control,” said Al-Biyush, from Kafr Nabl city.

“Unexpectedly, I found someone who encouraged me to pursue the profession I always loved,” she continued.

“Through her support and encouragement, I continued my studies and graduated from the department of journalism and information at Free Idlib University,” Al-Biyush said, adding that she was now freelancing for half-a-dozen media outlets.

“She didn’t hold back in offering advice, comment and information, and I benefited a lot from this training in journalistic principles and rules,” Al-Ali said. “She introduced me to the Syria Stories website, where I started writing and I went on to publish material in many local and international sites.”

Journalism had given Al-Ali “independence and freedom,” she continued, adding, “We women media practitioners fight against a criminal regime [as well as] customs and traditions imposed on us by society’s restrictions.”

Despite her success, Mansour said that she continued to struggle against conservative prejudice, harassment and even death threats.  She often has to use a pseudonym.

Harassment from militant Islamist groups included one occasion where a story she wrote exposing corruption in their ranks led to a raid on her home. Luckily, she and her family were out of the house; they had to leave and find new accommodation immediately.

“I’ve continued my journalistic work despite its risks, because I believe in it and in the facts that I convey about Syria, documenting crimes committed by the Syrian regime against our people in the liberated areas, as well as documenting any violation practiced by any party,” she said. “What I care about are civilians.”