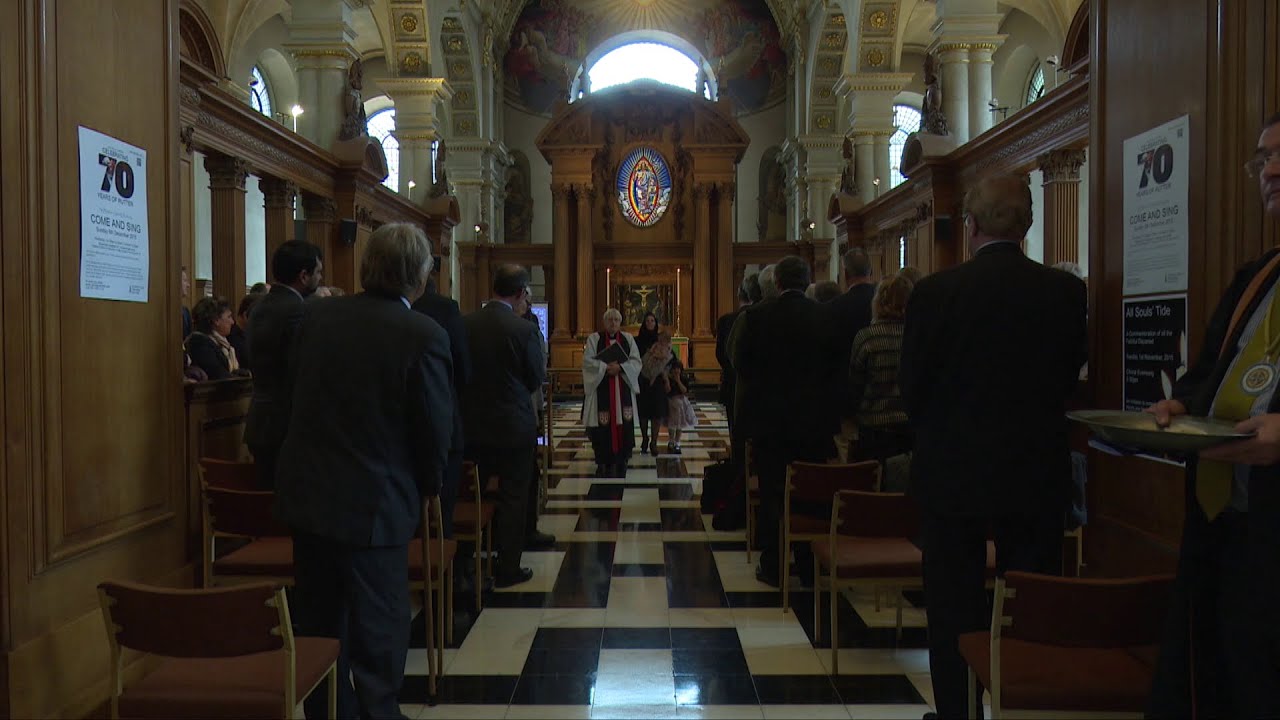 Friends, family and colleagues came together this week to pay tribute to the late Ammar Al Shahbander, who was IWPR’s chief of mission in Iraq, at a poignant memorial ceremony in London.

Ammar, 41, who worked for IWPR for close to a decade, was killed in a car bomb attack in Baghdad on May 2.

His widow Angela Alaliaoui and their four young children were at the October 13 service at St Bride’s, the Fleet Street church considered the spiritual home of the British media.

IWPR’s international board chairman, Sir David Bell, noted that the churchyard was on the site of England's first commercial printing press. For centuries, Fleet Street has been synonymous with the tradition of free and fair journalism.

“In his unique way, Ammar Al Shahbander was a man of Fleet Street. Certainly I can feel his spirit here. And it could not be more appropriate to honour him today in this special place,” he said. “For if Fleet Street was the foundation of the media in England, Ammar Al Shahbander can lay claim to making a major contribution to the foundation of independent journalism in Iraq.”

Ammar Al Shahbander was born in Baghdad, the son of an opposition politician. He grew up in Sweden and returned to Iraq in 2003, intent on helping rebuild his homeland.

He began working for IWPR two years later, becoming chief of party in 2008 and chief of mission a year later.

During his tenure, IWPR trained thousands of Iraqi journalists in professional and ethical reporting, helped a network of independent media houses grow, and built links between the media and human rights groups.

Sir David said Ammar should be commemorated not just as “a talented Iraqi development worker, an excellent colleague and a loving husband and father – rather, I propose that we see Ammar also as a great British example of vision and commitment, akin to what took place on this hallowed ground… 500 years ago – a foundation stone of a free press”.

“Ammar believed profoundly that every single person’s voice could make a difference,” he said, adding, “For Ammar, the media was a platform for a society to be heard. He devoted his working life, and finally gave his life, to establishing the strongest and most vibrant platform for free expression in his native country that he could.” (The text of the eulogy can be found here.)

Readings were given by Ammar’s friends and colleagues Duncan Furey, Susanne Fischer and Kamran al-Karadaghi. (Susanne read an article which Ammar wrote in 2003 reflecting on the situation he found on first returning to Baghdad.)

He  recalled their last meeting in London, when they sat and talked for over two hours. Ammar, he said, “had this amazing ability to explain a complete situation in simple words”.

“Sometimes when I need to write an article and need some explanation I think, ‘I will call Ammar’ – and I remember that I can’t any more,” he said.

Ammar was always full of hope, even when the situation in Iraq looked bleak.

“No matter what, he would try. He would never say this can’t be changed or made better,” Karadaghi said.

The event also heard from Muslim cleric Imam Fadel al-Milane, who began by reading a verse of poetry in Arabic.

“I see 1,000 builders cannot challenge one destroyer. How is it that we have 1,000 demolishers and one builder?” he said, translating the poem.

He described Ammar as an individual who sought to spread harmony, friendship and unity, while other forces tried to promote hatred, disunity and sectarianism.

“Let us pray to God to shower His mercy on Ammar and all those who lost their lives trying to make Iraq a better place,” he concluded.

At the end of the service, Ammar’s widow Angela thanked everyone who had attended, and said the event had meant a great deal to the family.