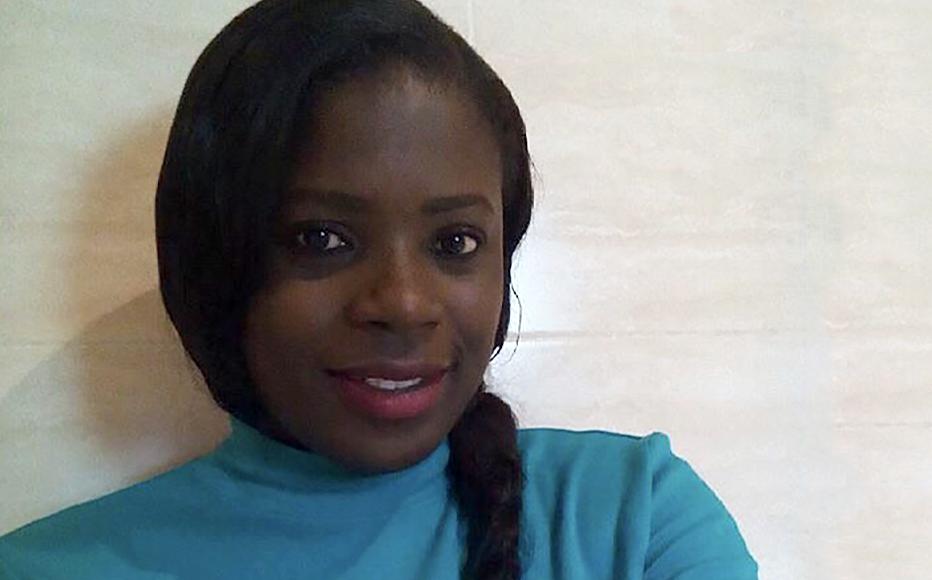 Rosemary Olufemi, senior programme officer at the International Centre for Investigative Reporting. © Photo courtesy of R. Olufemi
The link has been copied

IWPR’s 24-month Voices for Change: Africa project has been focusing on bringing media outlets and civil society organisations (CSOs) together to defend human rights and social justice in Nigeria.

Working together, journalists and CSOs have been raising awareness and creating effective advocacy campaigns around accountability in areas including human trafficking, gender violence and detention.

Rosemary Olufemi, senior programme officer at the International Centre for Investigative Reporting, IWPR’s partners in this project, explains why such collaborations are so important to boost human rights advocacy in Nigeria.

How would you describe the state of mainstream journalism in Nigeria?

The Nigerian media landscape has evolved from traditional to new technology journalism.  Once dominated by print, radio and television, it’s experiencing a disruption by digital platforms, specifically the use of the internet to produce, disseminate and receive information. The emergence of citizen journalism is another dimension. Citizens as individual publishers of news content are shrinking the audience of the mainstream media. Some argue against the role of citizen journalists for their lack of professionalism and high level of unethical practices. On the other hand, others opine that citizen journalism is playing a sacrosanct role in participatory democracy.

What are the main issues that the team is addressing in their work?

The project team - both the media and civil society groups - are currently focused on the issues of rape within a human rights and justice system framework. The subteams are raising awareness on issues of rape perpetrated especially by family members and close acquaintances.

The project is also highlighting the issue of prison congestion and the welfare of inmates and juveniles awaiting trials. Also on the agenda are issues of human trafficking and migration.

What impact have your stories and advocacies had?

Our success story has been to close the divide between the media and CSOs,  and coordinate them to jointly create awareness and organise advocacy campaigns around human rights violations in Nigeria. The alliances have coordinated and synced their activities to support and complement one another. A case in point is the coordinated activities of a journalist from Premium Times, Committee for the Defence of Human Rights (CDHR) and the Center for Social Justice (CSJ), which secured the release of about eight inmates from detention in Abuja. The investigative report highlighted the effects of prolonged incarceration in three major prisons across the country namely Abuja, Delta, and Lagos States and attracted human rights advocates to call on the government to take action.

Another collaboration between a journalist from Nigeria radio station Info FM and the Sexual Offences Awareness & Victims Rehabilitation Initiative (SOAR) drew attention to working with girls and boys to address sexual violence against minors. School boys and girls have been trained to advocate and raising awareness against sexual violence among their peers.

Likewise, the collaboration between the ICIR, Human Rights Radio and Devatop Centre for Africa Development (DCAD), the International Federation of Women Lawyers (FIDA), and government agencies like the National Agency for Prohibition of Trafficking in Persons (NAPTIP) and the police is shedding light on human trafficking in Nigeria.

In general, there is increased public engagement, especially through social media platforms, in demanding accountability and transparency from the government as a result of these data-driven reports provided by journalists. The impact of media development through the training and mentoring of journalists from newsrooms across Nigeria is another success story.

Why is investigative journalism so important in the Nigerian context?

Investigative journalism in Nigeria is crucial to the fight against corruption and in holding the powerful to account, which in turn leads to sustainable development. The re-election of the Muhammadu Buhari administration and the President’s apparent determination to fight corruption has given people hope. This administration has demonstrated great political will to deal with corruption, particularly in the investigation and prosecution of high profile Nigerians for various practices.

The tools and techniques of investigative journalism are quite robust in complementing the efforts of anticorruption agencies in Nigeria, who are challenged by capacity and resources to unearth grassroots corruption.

In spite of the government’s determination to stamp out corruption, it still has to work with the same systems and infrastructure which do not encourage transparency and accountability but rather impunity. There is a danger that such people will want to resist change and continue with the old corrupt order. The media, therefore, has a duty to monitor the public space to ensure that the government remains as transparent and accountable as possible.

What are the key challenges that investigative journalists face in Nigeria?

First, investigative journalists continue to be endangered as they are constantly targeted for exposing corrupt practices in government. Harassment, arrest and detention are tools used to suppress journalists from performing their civic duty. Data from Press Attack Tracker has shown that at least 36 Nigerian journalists were attacked between January and July this year, with 30 incidents recorded during the 2019 general elections.

Another challenge is the refusal of government agencies to respond to freedom of information (FOI) requests, which in a lot of cases help to authenticate and balance investigative reports.  Not much has changed with various government agencies despite promises from the ministry of justice and pressure from CSos and the media.

Also, there is the difficulty in sustaining journalists’ interest and commitment to undertake investigations and produce critical reporting instead of covering more “juicy” assignments. However, this challenge is born out of the bigger issue of poor conditions including the underpayment and bad working conditions of journalists in Nigeria.

What stand-out stories have the team been working on recently?

One of the ongoing investigations focuses on child inmates languishing in adult prisons across Nigeria. The team is also aiming to expose the dark world of human trafficking and shed light on a West African route through which children are smuggled into Nigeria. The team is also working on a project to highlight the sexual abuse of minors, particularly in the Federal Capital Territory.