Writer and trainer Zaina Erhaim is honoured again for her work in the war zone.

Writer and trainer Zaina Erhaim is honoured again for her work in the war zone. 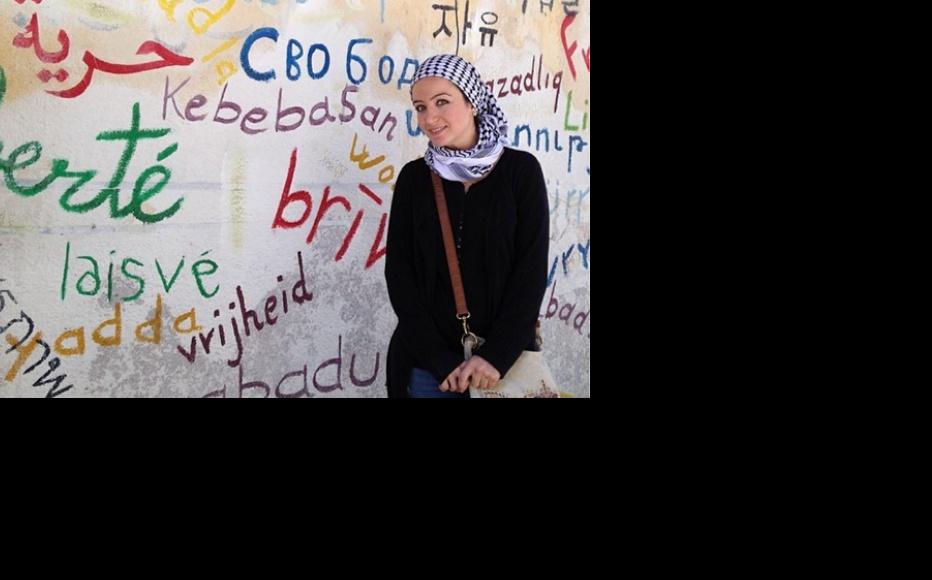 Zaina Erhaim in Aleppo, Syria. (Photo courtesy of Zaina Erhaim)
The link has been copied

Erhaim, who lives and works in the war-scarred city of Aleppo, was awarded the Reporters Without Borders Prize for her “determination and courage” in covering the Syrian conflict in Syria.

The 30-year-old, who trains citizen journalists and helps support local independent media, was born in Idlib and educated in Damascus.

Erhaim was finishing a degree in international journalism in London just as unrest began in Syria in 2011. She spent two years as a broadcast journalist with the BBC before joining IWPR and returning to northern Syria.

There, she has trained about 100 citizen reporters, around a third of them women, who are now among the very few able to provide eyewitness accounts of events on the ground.

The Paris-based Reporters Without Borders Prize has been awarded every year since 1992 to a journalist who has made a significant contribution to the defence and promotion of press freedom. It is judged by an international jury/panel of journalists and human rights activists.

Erhaim’s uncle accepted the prize on her behalf at a ceremony in the French city of Strasbourg.

Alexandra El Khazen, head of the Middle East desk at Reporters Without Borders, said, “Zaina Erhaim is our Journalist of the Year because she is a courageous, bright young woman who chose to risk her life every day in one of the most complicated conflicts in the world, which is also the most dangerous country for journalists. Syria.

"She chose to come back to Syria despite the danger. As a Syrian native, she gave herself the mission to report the life in this country torn by war, but also to give hope to the people by teaching them the basics of her profession so that they can become citizen-journalists able to tell their own stories themselves. Her work, and her courage deserve to be recognised abroad. All in all, her work on the ground is a message of hope."

Erhaim also writes regularly for The Economist and has contributed to the Guardian and Arabic-language media like Orient TV, Al-Hayat and Al-Quds Al-Arabi.

In a series of short documentaries recently screened by IWPR in London, Washington and New York, Erhaim gave rare insights into the challenges facing women living and working in rebel-held parts of Syria

IWPR has worked in Syria since 2007, supporting journalists, civil society groups, and youth and female activists.