Why female participation in politics is so low in Nairobi’s largest slum. Martha Karua was Kenya&#039;s only female presidential candidate in the 2013 election, and is one of Kenya&#039;s most prominent female politicians. (Photo: Heinrich Boll Stiftung/Flickr)

Why female participation in politics is so low in Nairobi’s largest slum. 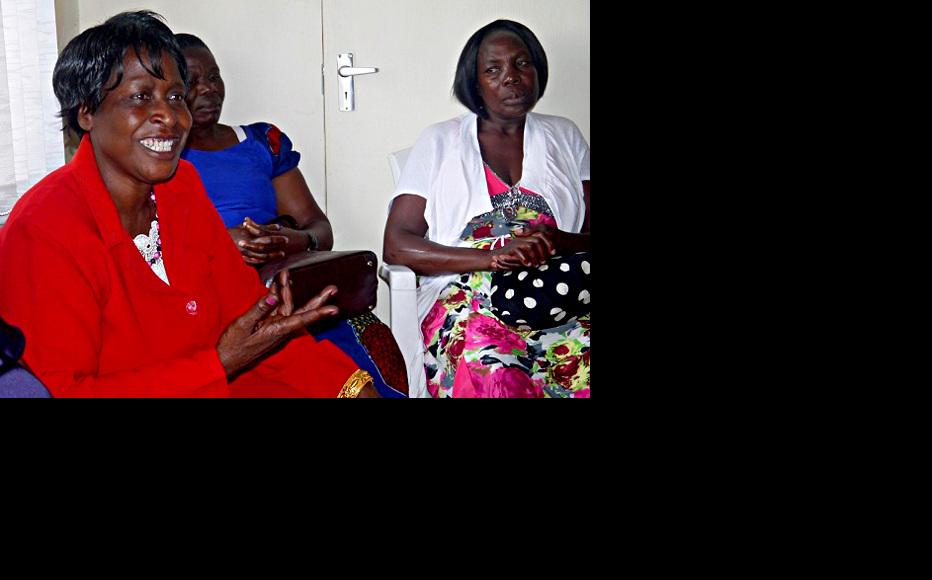 Edna Auma has run for office in the last two local elections but without success. (Photo: Robert Wanjala)
The link has been copied

Aspiring female politicians in Kenya have highlighted the gender bias they face when running for office.

An IWPR-organised debate held in Kibera, a slum on the outskirts of Nairobi, heard how ethnic barriers, gender discrimination and a lack of information were restricting women’s roles in public life.

The October 17 discussion was conducted in partnership with a local radio station, Pamoja FM – which aired the hour-long event – and the Umande Trust, an NGO.

Leaders from various community groups in Kibera said that sharing their own personal experiences would help inform future choices.

Kenya’s constitution, adopted via a referendum four years ago, legislates for increased female representation at various levels of public life. The document stipulates that one-third of the seats in both houses of parliament must be filled by women. It also provides for one-third of seats at local-level county assemblies to be held by women. (See Female Candidates Claim Discrimination in Kenyan Elections.)

However, none of the representative bodies met the required quota of women in the 2013 general election, the first since the new constitution came into force.

Fewer than 100 of the 1,450 county assembly members elected nationwide were women.

“The constitution has given us the platform, but as women we have not taken this seriously,” Jane Anyango, a woman and children’s rights activist in Kibera who attended the event, said. “Some [women] still don’t understand the different positions and their functions.

“I believe in change and change comes only when you have the right information and so this debate has empowered us to bring change,” she added.

Several women who attended the debate said that sexual discrimination within political parties had prevented them from standing for election.

One woman said her party leadership refused to let her run for office in the 2013 county assembly elections, even though she had defeated her rivals in the nominations process.

Another participant, Fatuma Abdulrahman, said this sort of institutional discrimination was common.

“Political parties are killing women’s aspiration for leadership,” Abdulrahman said. “The constitution brought about affirmative action, but then for a woman to have high chances of being elected, she has to go through a political party which in most cases, as witnessed in the past, are never fair.”

She added that domestic responsibilities took up so much time that they reduced women’s chances of succeeding in politics.

“Parties require that one must be active and loyal, and this is posing a serious challenge for most women,” Abdulrahman said.

Another challenge highlighted at the debate was ethnic bias.

Kibera is an opposition stronghold where the majority of votes go to the Coalition for Reforms and Democracy (CORD) and its leader, Raila Odinga. As an ethnic Luo, Odingo attracts the votes of much of the large Luo community in Kibera.

Tabitha Wangoi, who chairs an organisation of small businesses in the slum, told the discussion that because her second name sounds Kikuyu, people associated her with the governing Jubilee alliance of President Uhuru Kenyatta. This had impeded her chances of getting elected, she said.

Margaret Oloo said she had experienced a similar problem as the chair of a local organisation called Maendeleo ya Wanawake (Women’s Movement for Development). She called on the electorate to focus on the issues affecting Kibera’s people regardless of their ethnicity.

“Our community should differentiate [between] party politics and development,” she told the debate. “As women leaders, we need to speak to our people to have them understand that we are working for the common good of the whole community. We need to leave aside ethnicity and unite to serve our people.”

Some at the event urged women to engage with the community and proactively set the political agenda.

“Women should change their mindset and stop waiting to be nominated,” said Kepha Ngito, a local youth leader. “They should realise that leadership is a right and not a gift. Start participating in debates, don’t just show up, you are not representing anybody.”

Others suggested they focus on the emerging youth vote, while participants also advised female candidates to present a united front against their political opponents.

“Mobilising ourselves into a strong entity would enable us to have more bargaining power in leadership,” Anyango said.

Edna Auma told IWPR she had twice taken part in local elections, in 2007 and 2013, but lost out on both occasions.

“I now understand what I should have done then in the last general election,” she said. “This debate has helped me to see my mistakes I made and I am so encouraged by the valuable information and knowledge gained in today’s discussion.”

Carol Akinyi, director of a local child education centre, said she felt she lacked the financial resources to stand for election in 2013. Now, however, she says she feels confident enough to run in 2017.

“The debate has opened my eyes and empowered me with the necessary knowledge and information to overcome the fears that held me back from vying in the 2013 election,” Akinyi said.

“I have been a leader in various civil society projects and am going to network and use these platforms to set my development agendas as a preparation ground for the 2017 general election.”

Participants said that the debate was a rare opportunity to raise these issues with local people who have the potential to make a difference.

“It’s very inspiring to have such a debate here. I am extremely impressed,” Ngito told IWPR. “I have grown up my whole life in the slum here and finding a women’s forum was not easy. Mostly it is top-level NGOs doing things with equally elite people, some of whom do not even reside in this community.”

Owino Kotieno, a member of the Nairobi county assembly from Kibera, said he had been surprised by the sophisticated discussion at the debate and was encouraged to think that more women would run for public roles in the future.

“I was not expecting that from our women, owing to the fact that these are women probably who have been marginalised and not been involved in decision-making processes,” he told IWPR after the debate. “I just learned that women are being prepared to go for leadership – and as an incumbent must admit that I should pull up my socks so that I defend my position in 2017 election.”

Robert Wanjala is a freelance reporter in Kenya.

Kenya
Women's rights
Connect with us