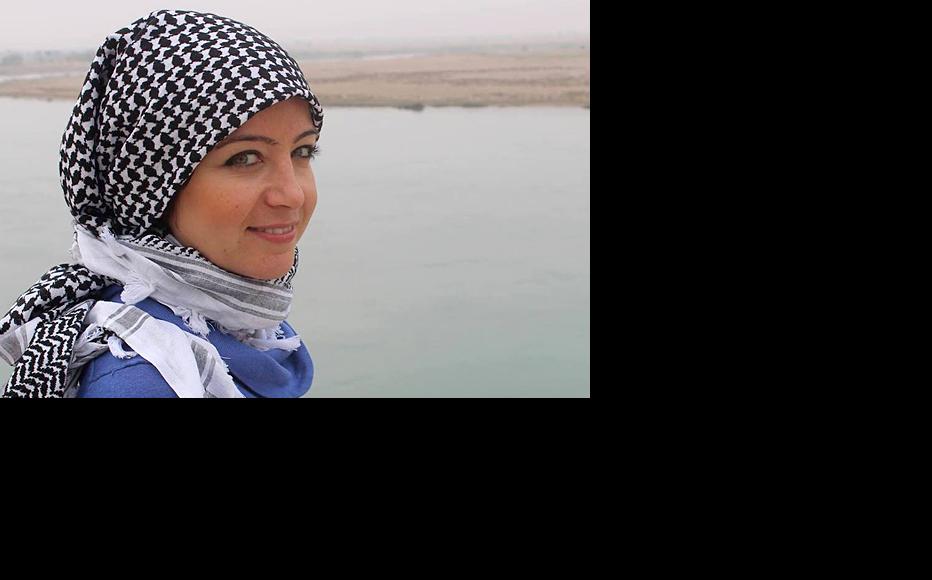 IWPR Syria project coordinator Zaina Erhaim has won a prestigious award for her fearless journalism on the front lines of the Syrian civil war.

Zaina, 30, is the 2015 winner of the Peter Mackler Award for Courageous and Ethical Journalism.

“We are very pleased that Zaina has won this important award; it is very well deserved,” said IWPR Executive Director Anthony Borden. “For more than two years, Zaina has defied the dangers of reporting from Syria to gain access where other journalists cannot. Her work upholds the highest ideals of bearing witness to extreme human tragedy. In doing so, she has also led trainings inside the country for journalists and citizen journalists, women and peace activists, and coordinated projects to strengthen the capacity of numerous civic groups, empowering ordinary Syrians so their voices can be heard.”

Zaina has spent more than two years working for IWPR inside Syria, training citizen journalists and helping support local independent media. In that role, she has trained around 100 citizen reporters, approximately a third of them women, giving a voice to ordinary Syrians whose stories might not otherwise be told.

She has also helped establish many of the emerging independent media outlets in this war-torn country.

The men and women she has trained in print and video journalism are now among the very few who are in a position to provide eyewitness reports of what is happening on the ground. Several of them have gone on to work for major international news outlets.

Her own on-the-ground reports for IWPR offer unique insights into the stark realities of life under fire in Aleppo; see Child's Play in Aleppo Graveyard and  Whose Side Was That Plane On?  Zaina also writes regularly for The Economist and has contributed to the Guardian and to Arabic-language media like Orient TV, Al-Hayat and Al-Quds Al-Arabi.

Zaina was born in Idlib and educated in Damascus. She was finishing her graduate degree in international journalism in London just as the conflict in Syria broke out in 2011. She spent two years as a broadcast journalist with the BBC before joining IWPR and returning to northern Syria in 2013.

IWPR has worked in Syria since 2007, supporting journalists, civil society groups, and youth and female activists. Its Damascus Bureau platform is a space for news, comment and reportage written by Syrians. Since February 2015, the Women’s Blog has carried pieces by new writers with no background in professional journalism, talking about the hardship of daily life and the horrors of war.

The Peter Mackler Award, founded in June 2008, is administered by the Global Media Forum, the US branch of Reporters Without Borders, and Agence France-Presse. The announcement of Zaina’s award is here.